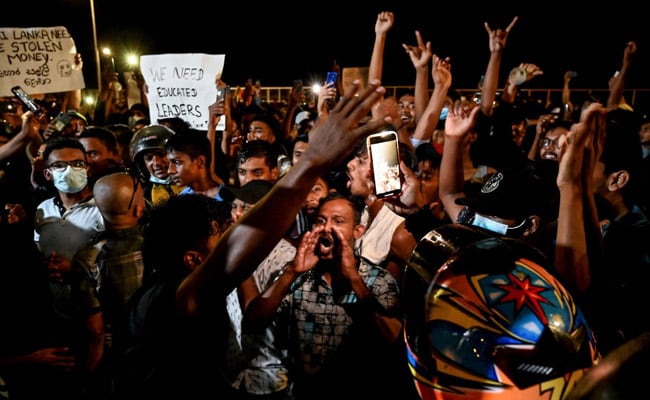 Sri Lanka’s opposition dismissed President Gotabaya Rajapaksa’s invitation to join a unity government as “nonsensical” and instead demanded his resignation over the country’s worsening shortages of food, fuel and medicines.

The Lankan President has named four ministers to maintain the legitimacy and stability of Parliament until a full Cabinet is appointed.

An emergency health situation has been declared in Sri Lanka from Tuesday because of the severe drug shortage in the country.

There have been mass public agitations against the ruling Rajapaksa family for its mishandling of the economic situation triggered by the foreign exchange crisis and the balance of payment issues.

The country’s central bank governor Ajith Cabraal stepped down on Monday after the cabinet quit to make way for a new administration to manage the spiralling economic crisis.

On Sunday night, all 26 ministers aside from President Gotabaya Rajapaksa and his elder brother Prime Minister Mahinda Rajapaksa stepped down.

Though the 36-hour long curfew imposed on Saturday has been lifted, the country is still under a state of emergency. Western diplomats in Colombo have expressed concern over the use of emergency laws that allow the military to arrest and detain suspects

After the protests intensified, Internet service providers were ordered to block access to social media platforms, including Facebook, WhatsApp, Twitter and YouTube. The social media curbs were lifted in the second half of Sunday.

The South Asian nation is facing severe shortages of food, fuel and other essentials — along with record inflation and crippling power cuts — in its most painful downturn since independence from Britain in 1948. Sri Lanka is negotiating with the International Monetary Fund for a bailout.
With inputs from NDTV