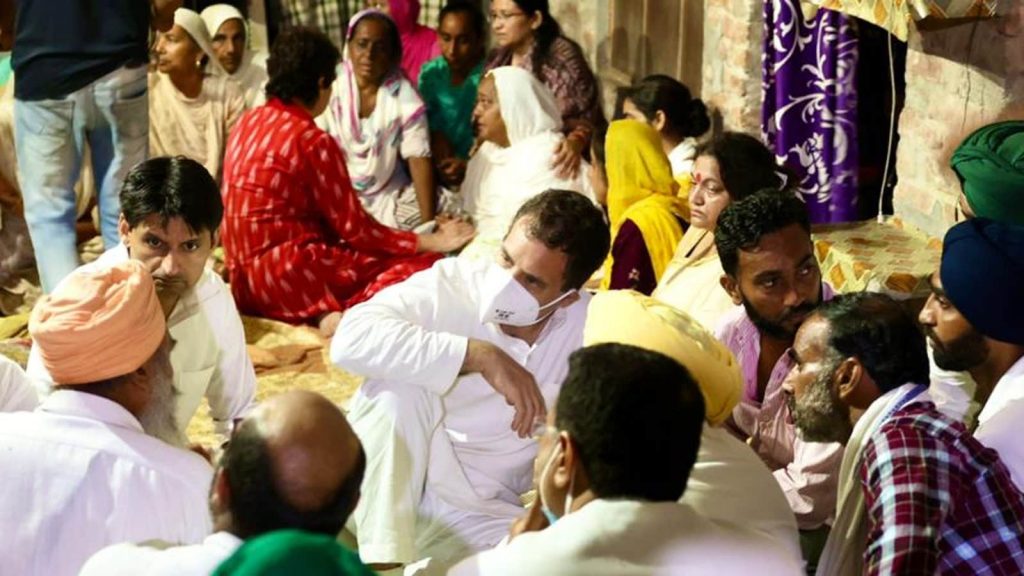 For the BJP, the Nighasan Assembly constituency that houses the Tikonia area is expected to be a mixed bag in the upcoming state elections. Following the killing of eight people, including four Sikh farmers, in the October 3 incident over the contentious farm laws, the Sikh community has allegedly warned its members to not associate themselves with campaigning for the saffron party while another section of the people said the BJP has gained an upper hand as the incident has boosted Union minister Ajay Mishra Teni’s sympathizers.

Teni’s son Asish has already been arrested in connection with the case. Members of the Sikh community who attended ‘Amavas’ festival at the Kaudiyala Ghat Gurdwara near Tikonia said the October 3 killings have caused them great despair, which will negatively reflect in the election outcome for the BJP. Swaran Singh, a farmer in Kharetiya village of Nighasan area, said, Farmers were already upset with Teni as he had openly threatened them for protesting against the new farm laws in Palia’s Sampurnanagar in September. The Tikonia incident had added fuel to the fire. Will the family members of those killed in the incident be able to forget it, he asked.

There are about 15,000 Sikh voters in the Nighasan Assembly constituency which is dominated by Muslim voters, who number around 80,000. There are 28,000 Mauryas and about 22,000 Kurmis. Ahmed Khan, former head of Sahan Kheda village neighbouring Tikonia, said the Sikh community leaders have announced to sever ties with those members that carry the BJP flag.

However, except for the Sikhs in Tikonia, there appears to be no resentment against Teni among other sections. Most of them said the October 3 incidents was “unfortunate” and it was Teni’s bad luck. Shafiq Ahmed, head of Tikonia village, said that except the Sikhs, no other community has complaints against Teni. It was unfortunate for Teni that the incident took place before the elections. Otherwise, the BJP would certainly have fielded Teni’s son Ashish from Nighasan and he would have won.

Ahmed said though Nighasan is a Muslim-dominated area, Teni has built a good image among all sections. He has worked for everyone without any discrimination. However, the Tikonia incident has changed the situation to a great extent and now, the Samajwadi Party seems to have an upper hand, he said. Capitalizing on the October 3 incident, the opposition parties have since been demanding the arrest and dismissal of Teni from the Union ministry.

However, the people in Teni’s village Banvirpur are full of sympathies for their leader. Mukesh Kumar, who runs a pharmacy in Banvirpur, said the incident has swung all voters towards Teni. Had the Tikonia incident not happened, the SP would have had a good chance. Not anymore.

Explaining the rationale behind his claim, Kumar said everyone in the village believed that Teni was not involved in the killings. Teni wasn’t present. Whether Ashish was there at the spot or not is also not clear. When such is the situation, sympathies are with Teni completely, he said. Neeraj Kumar, who runs a fertilizers and pesticides store in the village, said the fight, otherwise between Hindus and Muslims, has now turned into one between Hindus and Sikhs. After the Tikonia incident, the Hindus here have united against the Sikhs, he said.

Teni is counted among the tallest leaders from Lakhimpur Kheri. His influence grew considerably after leading the movement in a rape and murder case in 2011. The next year, he was chosen as the MLA from Nighasan.In 2014 and 2019, he was elected MP from Lakhimpur Kheri and was also made a Union minister.

Teni’s parliamentary constituency comprises Palia, Nighasan, Lakhimpur, Srinagar and Gola Gokarna Nath Assembly seats. The BJP had won all five seats in 2017. However, despite being the MP from Lakhimpur, Teni is not actively involved in campaigning for the Assembly polls as according to party insiders, the BJP does not want to risk its chances by using him. The BJP has re-nominated sitting MLA Shashank Verma from Nighasan, while the SP has fielded former MLA RS Kushwaha. The BSP has chosen Rafi Ahmed Usmani and the Congress has decided to go with Atal Shukla.

Voting here will be held on February 23 in the fourth phase of the seven-phase Assembly polls.