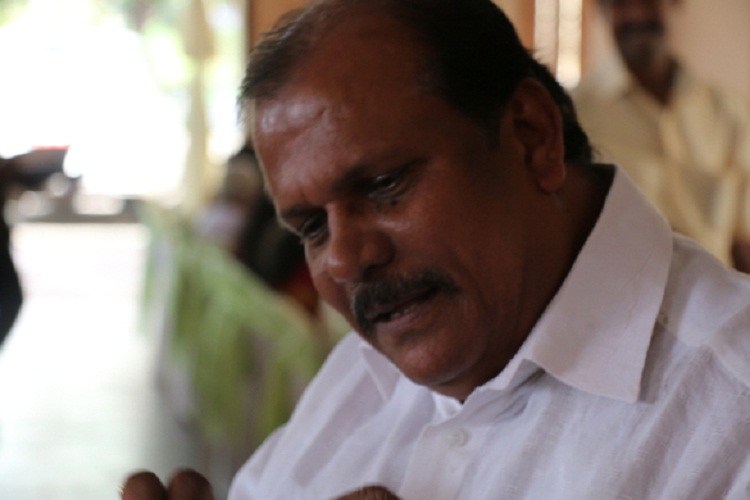 THIRUVANANTHAPURAM: Kerala will pull out all the stops to frustrate any attempt to rip the fabric of communal amity and effect religious polarization. That is the unmistakable message emanating from the arrest and subsequent release of Kerala Janapaksham leader P C George for making vicious comments against the Muslim community at the Ananthapuri Mahasammelanam recently.

The FIR slapped IPC Section 153(a) that deals with causing enmity between communities through words – spoken as well as written. It prescribes imprisonment up to three years for the non-bailable offence. The case had been filed on receipt of complaints including one from the Muslim Youth League (MYL). While addressing the meeting, George had said that Muslim hoteliers were adding some drug   to the tea they serve to make people of other communities impotent! He had also said NRI businessman MA Yusufali is setting up malls in Hindu-majority areas to fleece money from the community. In his complaint, MYL state president P K Firoz had said that the allegations raised by George were of a serious nature, adding that strict action against such offensive remarks was essential to maintain law and order and communal harmony.

The CPI(M) also condemned George’s remarks. In a State known for communal amity, speeches made by the likes of George would create a communal divide. The statement issued by the state secretariat asked George to withdraw the remark and offer a public apology. Kerala Naduvathul Mujahideen state secretary Abdul Majid Swalahi said George was bent upon appeasing the majority community with an eye on the assembly elections. The video of the speech, he said, would be used by the RSS and the Popular Front of India (PFI) to whip up communal passions. Secular forces must join hands to thwart such sinister attempt at disturbing communal amity in the State, he added.

That George is in no mood to apologise is clear from the statements he has made after being released on bail. Bail had been granted to him on the condition that he would not make hate speeches. But the remarks he made to the press clearly violated the bail conditions.  Addressing presspersons, George said he stood by what he said at the sammelan. In fact, the State Government has decided to move the court to cancel the bail and seeking to quash the bail order issued by the magistrate.

The Government’s contention is that bail had been granted to George without hearing the state. The magistrate who had granted bail had said that the Assistant Public Prosecutor was not available when the accused was produced before her. The State, however, said it had been denied its right to be heard.   The court had failed to appreciate the seriousness of the alleged offence and the specific situations in the case. The court should have issued an interim bail and posted the case for hearing on another day. The failure to do so denied the state a chance to oppose the bail plea. Also, George should not have been allowed to travel in a private vehicle. That sent a wrong message.

Predictably, all political parties except the BJP have condemned George’s hate speech. The BJP has, for obvious reasons, chosen to support George. The BJP clearly sees in George’s speech an opportunity to effect religious polarization. The BJP also seems to think that with his connections to the Christian community in central Kerala, George could help the party to have a firmer foothold in the community. It may be mentioned that the BJP has been making determined attempts to make inroads into the Christian community before the state assembly elections. It is a different matter that its efforts have not had much success so far. Hence its attempt to use the George episode to curry favour with the Christian community.  But the BJP must realize that George does not have much influence among the Christian denominations. George’s hate speeches are being attributed to the fact that the Muslim community voted against him in the assembly elections resulting in his defeat from his constituency of Erattupetta in Kottayam district.

George, incidentally, has been a vociferous critic of the ‘love jihad’ issue, a pet them of the BJP against the Muslim community.  The BJP thinks with George’s help the party can exploit the anger in a section of the Christian community against Muslims in the matter of love jihad.  Political observers see a definite pattern and conspiracy in George’s decision to use a platform of the Sangh Parivar to make provocative speeches against Muslims.  On its part, the BJP is using George, who it thinks is being hounded by both Islamic fundamentalist parties and the CPI(M) for his plain-speaking against Muslims.

It remains to be seen whether the BJP’s strategy would fetch the dividends the party expects in future electoral battles. There is a school of thought which firmly believes that George simply does not have the influence to ensure rich electoral rewards to the BJP. It is also a fact that George has made a beeline to the BJP after his attempts to build bridges of understanding with the CPI(M)-led Left Democratic front(LDF) and the Congress-headed United Democratic Front(UDF) failed.

Observers of Kerala political landscape feel that the BJP’s association with and support to PC George could prove counter-productive. George’s outbursts are being construed also as a desperate attempt by a politician to remain politically relevant.  The BJP is also trying to regain the ground it has lost since the assembly elections by ensuring a firmer foothold in pockets where Christian voters have a decisive say. The party knows that without the Christian support it cannot hope for an improved show in the electoral battle, especially in central Kerala. In the last assembly elections, the CPI(M) had outsmarted the Hindutva forces by managing to secure the support of the Jose K Mani-led Kerala Congress(M).

The BJP is keen on turning the tables against the CPI(M) in the 20224 parliamentary elections. But the route the sangh parivar has chosen is unlikely to produce the desired results. The BJP-RSS combine will have to make adequate amends for the excesses against the Christian community in various parts of the country. That is easier said than done. So far, there is nothing to show that there is a serious rethink among the Christian voters to cast their lot with the BJP. Signs are that the BJP’s latest gamble to woo the Christian community is unlikely to bear fruit. The Hindutva forces have miles to go before they can hope for s stronger presence in Kerala known as a bastion of secular forces. (IPA Service)