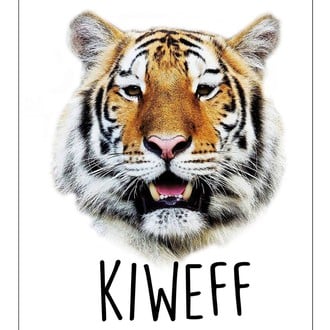 The 28th Kolkata International Film Festival has come too fast, only 8 months after its last incarnation in this year’s April, and this time it lasted seven days, between December 16 and 22. The promotional campaigns were intriguing from the outset: giant banners were installed across the city with photoshopped images of old Indian film stars sitting next to their Western counterparts. From Howrah Station to Hazra Crossing, they boasted the global ambition at the heart of the festival: ‘Meet the world at the world of cinema.’ Every sign pointed towards an assured claim of sharing the same plane with the best of the contemporary world cinema. However, it seems that some things are easier said than done. Any objective analysis of decisions regarding the scheduling, location of venues, and the overall infrastructure of projection and audience management is bound to cast serious doubt on such boisterous claim.

First of all, the choice of theatres like Nazrul Tirtha and Rabindra Okakura Bhavan for most films of the Cinema International Section is misguided at best, as they are located 15.8 km away from Nandan, the West Bengal Film Centre, which has always been the heart of the festival. Besides, as many festival-goers complain, Nazrul Tirtha and Rabindra Okakura Bhavan do not have half the decent projection system as Nandan 1. So not only most of the audience who gather in Nandan are missing out on the best bits of the festival, those who are catching them up at Nazrul Tirtha are unable to savour them at their fullest. Some of the veterans also lament the omission of single screens like Bijoli and Navina from this year’s list, which are nearer to Nandan and easier to reach by a direct metro or bus.

The adjacent venues of Nandan 1, like Rabindra Sadanand Sisir Mancha have  poor projection systems, and, to much disdain of the cinephiles, they have recently started screening films on LED screens which throw up high-contrast pixelated images with amped-up colours. To add fuel to the fury, this year they showed a number of unrestored copies of old classics, as part of the centenary tribute, in Sisir Mancha and Rabindra Sadan. Except for Zorba the Greek, the entire retrospective of Michael Cacoyannis took place in Sisir Mancha. The result is delirious.

In Electra,  Cacoyannis’ first adaptation of Euripides, the nocturnal shots did not come through on the LED screen, characters became white splotches on pitch black screen, totally unrecognizable. Cacoyannis’ Electra, The Trojan Women, and Iphigenia (all shown in KIFF) depict the ordeals of Euripedes’ female protagonists, where the vast expanse of the landscape remains as important as the human figures. Many lamented the fact that they had lost the opportunity to watch Catherine Hepburn’s majestic performance in The Trojan Women against the rugged landscape of Troy on the gigantic screen of Nandan 1.

Fortunately, Pier Paolo Pasolini was saved from the wrath of LED, as Nandan 1 was allotted for his retrospective. Pasolini’s Oedipus Rex and Gospel according to St. Matthew are fascinating exercises in archiving archaic nonurban spaces, and cultures of post-war Italy in celluloid. Pasolini’s casting of local villagers in the role of mythic and biblical characters divests the latter of upper-class cultural values, as Ritwik Ghatak would do around the same time with Ramayan in his 1965 film Subarnarekha.

The Cinema International section showcased recent films of veteran auteurs like Jafar Panahi, Darren Aronofsky, David Cronenberg, Park Chan-Wook, Kim-Ki Duk, Lav Diaz, Alberto Rodriguez, et al., along with recent winners of Berlinale and Cannes, like Carla Simon’s Alcarras and Tarik Saleh’s The Boy from Heaven. Aronofsky (The Whale) and Rodriguez (Prison 77) are more concerned with the grief and pain generated by the suffering human body, the obese body in the former, and the incarcerated and tormented body in the latter. In Diaz’s When the Waves are Gone, the Filipino policeman’s body becomes the site of guilt: the skin – festered with diseases – registers the eternal return of a past which cannot be spoken about. In Cronenberg’s Crimes of the Future body becomes raw material for a new art that can be worked upon limitlessly. Like some of Cronenberg’s earlier works, Crimes revels in the possibilities of conceiving the body as a composite of plastic objects that can be enhanced forever.

There was much talk about Saim Sadiq’s Joyland, the recent Pakistani film which was also shown in the Cinema International section. At the centre of it is the story of a couple whose marriage is falling apart, and the husband’s extramarital affair with a transgender woman. Joyland earned its share of controversy when the Pakistani censor board found certain aspects of the film offensive to the moral standards of the country. In spite of the hullabaloo, the film is quite restrained in its depiction of sex and nudity and follows the regular melodramatic trajectory of suffering, sacrifice and victimhood. The aesthetic choices are too tepid to ruffle any feathers except those of the overprotective sections of the public.

Jafar Panahi’s No Bears was one of the most awaited films this year, all the more because it is the last film of the Iranian director before his recent imprisonment. In the film, Panahi plays a director who is trying to cross the border illegally, while he directs a film about a couple desperate to leave Turkey and move to Europe. Like Francois Truffaut’s Day for Night, Panahi’s No Bears turns its gaze toward the liminal zone between artifice and reality, which in filmmaking is also the site of violence, manipulation and resistance.

As always, KIFF’s competition categories are a source of occasional delights amidst array of letdowns. Upon Entry (Alejandro Rojas, Juan Sebastian Vasquez) depicts a nightmarish experience of a Spanish-Venezuelan couple as they enter the United States. Antonio Amaral’s Travels inside Foreign Heads uses science fiction tropes to show the predicament of undocumented immigrants in France. Alexandre Hant’s In Limbo, on the other hand, shows two young delinquents of contemporary Russia trying to live their lives like Bonny and Clyde.

The Indian language cinema section did not have any surprise in store like last year’s Jhilli. Another stark absence was the ‘focus country’ section, which has been a staple of KIFF. The lecture series which took place in the Nandan premises, hosted people from mainstream film industry, whose repeated claims of the greatness of contemporary Bengali film culture sounded empty like the aforesaid festival posters, when compared with the real thing. (IPA Service)

Abhisek Roy Barman is in the first year of Ph.D. programme at the Department of Film Studies, Jadavpur University.