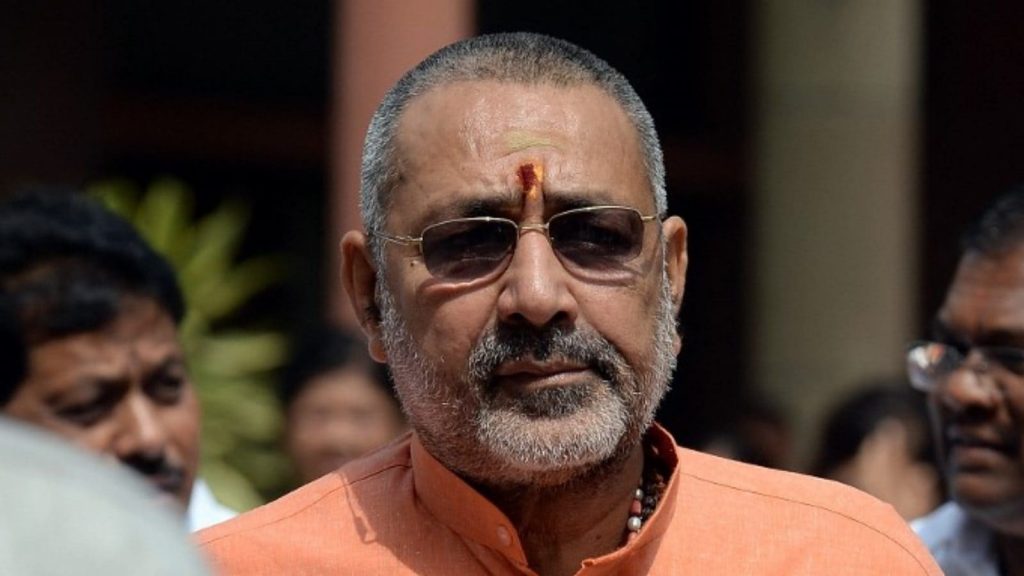 Union Minister Giriraj Singh has termed the recent communal violence in Madhya Pradesh’s Khargone an “experiment” and said they won’t allow the country to be divided into bylanes and localities.

Speaking to the media in Khandwa district on Thursday evening, Singh said the Ram Navami incident was no coincidence. “The country was divided in the year 1947 and those who had to go, moved on. We can’t move to Pakistan but we won’t be asking people like Owaisi to explain which bylane is for whom. They are deciding Ram Navami procession will be taken out from which route,” he said.

The minister added: “We won’t allow Hindustan to be divided into bylanes and localities. If we don’t take out Ram Navami procession in Hindustan’s bylanes, should we carry out the same in Pakistan?”

Curfew was clamped in Khargone on Sunday evening following incidents of arson and stone-pelting during Ram Navami celebrations. Police have so far arrested 121 people in connection with the violence.

Addressing BJP workers, Singh said violence is being triggered as part of a well-planned conspiracy in places such as Khargone in MP, Karauli in Rajasthan and Gorakhpur in Uttar Pradesh. “Tukde-Tukde gang is leading the packs. Attack on the Superintendent of Police, assault by swords and so on, doesn’t seem a coincidence,” said the minister.

He also called for population control measures, saying India had reached uncountable population while the area and resources were limited. Talking about the Citizenship Amendment Act (CAA), Singh said the provision says that if Hindus or Sikhs are thrown out of some countries, they should be sheltered in India. “Where else will they go?” he asked.

The minister, however, lost his cool when he was asked about RSS chief Mohan Bhagwat’s recent remarks that India would be ‘Akhand Bharat’ after 15 years.

“We are discussing Khargone violence, so why a question on Bhagwat ji? Why do you people love him so much?” said Singh as he walked out of the briefing.

Shivpal dissolves party units ahead of move to BJP
Posting....