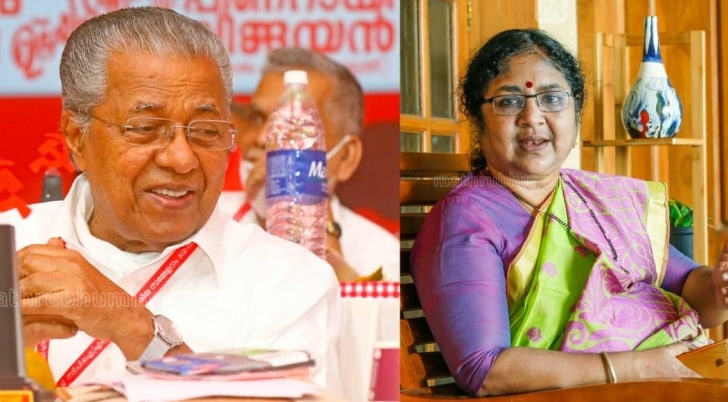 The ordinance curtails the powers of the anti-corruption body and reduces it to a mere advisory role. The Governor signed the ordinance after Chief Minister Pinarayi Vijayan met him and explained the circumstances which prompted the Government to go ahead with the ordinance aimed at amending Section 14 of the Kerala Lok Ayukta Act, 1999. Section 14 empowers the Lok Ayukta to remove a corrupt public official from public office and prevent him from holding the post again.

The Government contended that the provision is constitutionally untenable and should be amended.  As per the amendment, the recommendation for action against a minister will be reviewed by the Chief Minister  and that against the CM will be reviewed by the Governor after a hearing within three months of the date of recommendation.  In other words, the order makes it non-binding on the “competent authority” to mandatorily oust, without appeal,  any public official found guilty by the ombudsman.  Another amendment allows retired high court judges to hold the post of Lok Ayukta as against the provision in the original Act  passed by the EK Nayanar Government as per which only a retired chief justice of a high court or a retired judge of the  Supreme Court can become the Lok Ayukta.

Understandably, the Opposition has strongly opposed the ordinance on the ground that it seeks to undermine the Lok Ayukta’s powers to probe charges of corruption, maladministration and nepotism against those holding public office. The Opposition parties have alleged that the ordinance has been brought in to shield the Chief Minister from possible prosecution in a case pending against him before the Lok Ayukta. It may be mentioned that the Lok Ayukta has given a clean chit to Higher Education Minister R Bindu in a case against her of alleged nepotism in the reappointment of Kannur University Vice-Chancellor. The case against the CM is coming up on February 11. Now that the ordinance has been cleared, any unfavourable order wont’ have any impact it would otherwise have had.

The Opposition is, however, in no mood to give up the fight. Both the Congress-led United Democratic Front and the BJP have decided to challenge it. Leader of the Opposition (LoP) V D Satheesan fired the first salvo by signaling his intent to challenge it legally.  He has alleged that the Governor and the  LDF Government have reached a pact. The Opposition is mighty miffed with the Governor who rejected its request not to sign the ordinance. A delegation of UDF leaders had called on the Governor with this request.  The second most powerful ally of the Congress in the UDF, the Indian Union Muslim League (IUML) has also severely criticized the Governor. The IUML upped the ante by declaring that if the UDF came back to power, the ordinance will be annulled. Likewise, Congress leader Ramesh Chennithala, who had approached the Lok Ayukta against Higher Education Minister R Bindu alleging nepotism in the re-appointment of Kannur University VC Gopinath Ravindran  was critical of the Governor’s action.  Chennithala said the Governor’s assent amounted  to  the “last sacrament” given to the Lok Ayukta.

But the Government has another hurdle to clear. The CPI(M)’s ally, the CPI is unhappy about the manner in which the ordinance has been brought in. CPI state secretary Kanam Rajendran  voiced the party’s displeasure by posing the question: “What was the urgency in bringing in the ordinance? So far, we have not got a response to the question on the urgent situation that led to the ordinance,” Kanam said.  Kanam is upset also  because the issue was not discussed in the LDF meeting. The allies were kept in the dark.

The CPI’s objection is against the unilateral decisions taken by the CPI(M) on major issues. The CPI state executive also  meeting saw severe criticism against the ordinance.  The party wants the ordinance to be withdrawn. It has also conveyed the displeasure against the party ministers for failing to bring the issue to the leadership’s attention. The CPI(M) has, however, decided to initiate talks aimed at mollifying the miffed ally.  Reports have it that the CPI(M) leadership will assure the CPI that necessary amendments would be brought in when the legislation comes up before the Assembly.  (IPA Service)

Inflation Management Has To Be A Key Task To Achieve Budget Goals
Posting....