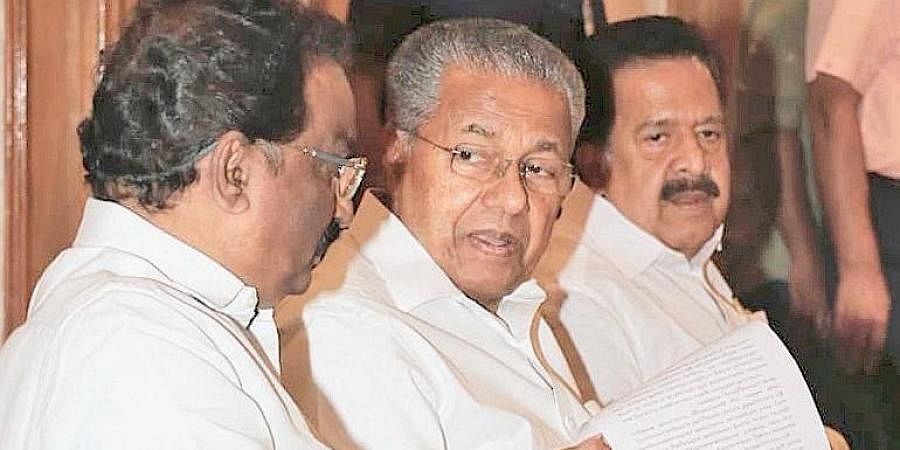 To expect the Modi Government to hand over powers to recall a governor to a state government is naïve. Governors are appointed and function at the pleasure of the Centre. They can be recalled only by the Centre, in which case “recall” is a synonym for “dismissed.” The naïve state government here is the Kerala government. The governor sought to be recalled is Arif Mohammed Khan.

The LDF government has tactfully taken care of its latest discord with Khan but the core issue of the governors exercising powers in  a state ruled by a party not belonging to the ruling regime at the centre, remains valid. The Kerala plea is a fit case to be considered by the chief ministers of the non-BJP governments in their proposed meeting next month

Khan is an incorrigible disruptor of sitting governments. He has the ‘fight’ in him to raise a ruckus. Dispatched to Kerala in 2019, Khan had begun to rub Kerala assembly legislators the wrong way by January 2020. With hardly any BJP presence in the assembly, Khan ended up opposing both treasury and opposition—a unique feat.

Then, in 2020, it was the Congress that went for Khan’s jugular. Party leader Ramesh Chennithala served notice for the recall of Gov Arif Mohammed Khan. But Khan survived to fight another day. Now, that “another day” has come, and, this time, it’s the state government which is gunning for Khan.

The Pinarayi Vijayan government has had enough of Arif Mohammed Khan, but this only after replacing a top IAS officer from his plum post on the Governor’s rabid insistence. This only emboldened Khan. He cast doubts on certain appointments of the state government and has put a question mark on its recruitment policy.

Khan alleged appointments were made of party cadres to ensure them pensions for life! At the same time, he said, “nobody can control Raj Bhavan.” Arif Mohammed Khan, when he was assigned Kerala, came with a “handle with care” caution; Khan always manages to stay among the headlines.

As can be surmised, as things stand today, the only states agitated enough to demand the right to recall of governor are those which have non-BJP governments, like in West Bengal, Maharashtra and Kerala. The governor-government ties in all three states are fraught with differences, rift, stress, call it whatever you want.

M/s governors Koshiyari, Dhankar and Khan, all three never miss a chance to work against the wishes of the respective state governments. The feeling in Kerala is that the Pinarayi Vijayan government could do with a change of governor. This urge has been conveyed to the Centre—Governor Arif Mohammed Khan is a right royal pain in the rear.

To make it worse, there is no love lost between the Congress-led opposition and Governor Khan. In fact, there is only dislike—Khan is a reminder of 1986 and the Shah Bano saga. Contrast this with the rightwing hero worship of Khan and the picture is complete.

Khan’s politics doesn’t gel with that of the Left Front; for that matter, with that of the Congress, too. Khan has brought governor-state government relations to a new level of confrontation. The 2020 demand for his recall fell through because the LDF doubted Congress motives. This time, the treasury and the opposition are on the same page.

That said, it doesn’t matter that the governor is Muslim. Any other Muslim and the demand for recall would have drawn ire—even labelled Islamophobic! But Arif Mohammed Khan had broken ranks and joined the enemy. Today, there is a demand to ex-communicate Khan from Islam because he visited Sabarimala and took part in the puja there. With that Khan has placed himself outside the pale of Islam. It is a race between recall and recuse, which one will come first? That said, the state government and Khan are on a direct confrontation path. Khan, they say, uses his powers to hold the state government to ransom while insisting that “nobody can control Raj Bhavan.”

Maybe it’s coconut milk and seawater fish. Khan is not done with embarrassing the state government. “How can staff be appointed for a tenure of two years and sent off with pension for life, this is gross violation and abuse of authority?” Khan asked, adding that “business should be conducted in accordance with the Constitution.”

Now, Khan may be all that he is reputed to be, honest, progressive, liberal, and patriot. What irks the state government is his self-righteousness. For example, his insistence that the IAS officer be replaced and that “nowhere in the country are these staff, who are appointed on a co-terminus basis, eligible to receive pension.”

Fed up, the state government has petitioned the Centre to delegate powers to remove the Governor “in case of a violation of the Constitution, lapses in the duty of the Chancellor or in taking criminal prosecution procedures.” The recommendation has been put forward to the Punchhi Commission, which was set up in 2007 to improve Centre-State relations. The charge against Governor Arif Mohammed Khan is that he is “sabotaging the interest of the state and working against the elected government”. Therefore, ripe for recall. (IPA Service)