Priyanka Gandhi Can Spring Some Surprises In Uttar Pradesh Elections 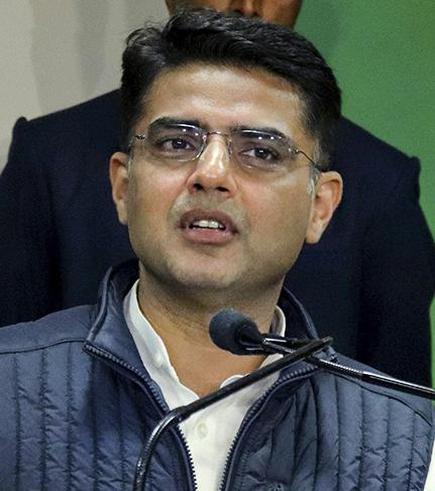 LUCKNOW: Priyanka Gandhi with her strategy, road shows and public meetings in fourth phase constituencies in assembly polls in Uttar Pradesh on February 23, can give surprise results for the Congress party. Priyanka Gandhi worked very hard to save Nehru -Gandhi bastion in Rae Bareli and reminded local voters about old connection with the family and work done for development. Priyanka is in charge of the elections in Uttar Pradesh as the AICC general secretary

Priyanka accused BJP government for ignoring the development of Rae Bareli which was represented by her mother Mrs Sonia Gandhi. During her public meeting in Rae Bareli Priyanka Gandhi targetted BJP for serving businesses while ignoring it’s duty to serve the people.

Significantly enough Priyanka Gandhi attacked BJP for pursuing caste and religion based politics to win the elections. She reminded BJP that it was not following raj dharam. Priyanka Gandhi said that Congress government had waived loans of farmers but BJP government was waiving loans of big businessmen.

Priyanka Gandhi through her efforts and strategy to reserve 40 per cent seats to women has succeeded in bringing party candidates in fight forcing contest to be multi-cornered in certain constituencies where Congress candidate can win.  She has especially appealed to the women voters to support the party candidates and this has generated good impact in a many of the constituencies where the Congress earlier had little organizational base.

During her visit to Lakhimpur Kheri, Priyanka Gandhi talked about killing of farmers in which Union Minister Ajay Teni, Asheesh was named and arrested. She also questioned as to how Asheesh could get bail during the election process. She appealed voters to defeat BJP for being anti-farmers. She alleged that on one hand farmers were not paid their dues but government spend thousands of crores of rupees to buy planes for Prime Minister.

Credit goes to Priyanka Gandhi to boost the morale of party workers to through her continuous dialogue with them and motivate them to work for party candidates and make the road shows and public meetings a big success.

With her strategy of ladki hoon lad sakti hoon giving empowerment to women and keeping reservation for their tickets in the polls, Priyanka Gandhi has succeeded in sending message to every household. For the first time those voters who are unhappy with BJP are talking about Congress which will certainly help the party in 2024 Lok Sabha polls as well. (IPA Service)