Kashmir Searching For Its Magic Amid Tourism Boom & Targeted Killings 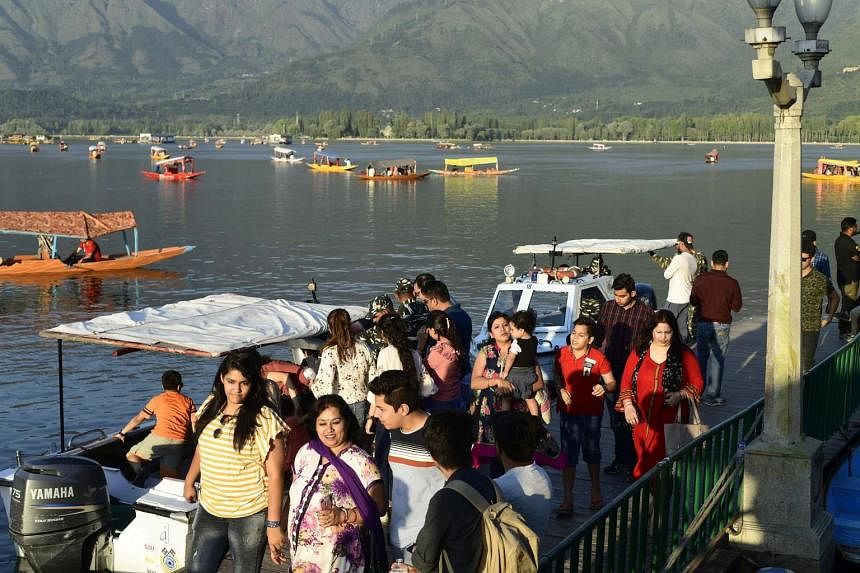 Jammu and Kashmir is once again at the centre of a raging political debate. In the past few weeks, several targeted killings of non-Kashmiris and Kashmiri Pundits have rocked the nation’s conscience. News reports suggest that Kashmiri Pundits are desperate to leave the valley while the government machinery is trying to prevent them from what appears to be the final exodus. Social media is flooded with desperate comments that talk about the deteriorating situation in Kashmir on the one hand and The Kashmir Files movie and similar topics on the other. No one seems to know whom to blame for the apparent anarchy in the Union Territory.

But away from this political debate and bloodshed, Kashmir is as serene and blissful as it has always been. Undaunted by the spate of targeted killings, tourists have visited the valley in record numbers this summer. As against a little shy of 7 lakh tourists last year, the Kashmir valley has seen over 8 lakh tourists between January and May 2022.

Tourism is booming in Kashmir! The Dal Lake resembles a busy city of colorful shikaras, the Srinagar airport has handled a record number of flights and tourists this season — long queues being a new normal at the airport. Reports suggest that hotels are running at full occupancy and markets are bustling with tourists. Restaurants are packed and Kashmiri cuisine is having its best moments in decades.

The valley saw a record 2.8 lakh tourists in April 2022, the highest in nearly 3 decades. The tourism department officials expect the rush to continue until June and the uptick in tourist arrival throughout the year.

From 30 June, the Amarnath Yatra will begin and over eight lakh pilgrims are expected to make the pilgrimage this year.

Besides the main destinations that draw the maximum number of tourists including Gulmarg, Sonamarg, Pahalgam, Dal Lake, and Wular Lake, the state tourism department has opened 75 new destinations that include Bungus, Lolab Gurez, and Dodipathri. Adventure tourism and adventure sports activities are becoming more popular as more tourists are choosing trekking, camping, mountain biking, river rafting, paragliding, and hot air balloon rides during their stay in the valley.

Quoting tour operators, media reports tell that the average stay of tourists is from 10 to 15 days and they are willing to spend 30%-40% percent more on travelling to the Kashmir valley. Finding hotel rooms in tourist hotspots is not easy as they are seeing 100% occupancy even at 60% to 100% higher rates.

The rebound of tourism in Kashmir kicked off in the post-Covid period when tourism in the premier Indian tourist destination, Kerala, took a hit from Covid-related slump and complications. Tourism department officials attribute the success to aggressive marketing, pan-India promotion, and effective Covid management that saw all stakeholders from cab drivers to hotel owners vaccinated.

Various reports suggest that the sense of normalcy in the Kashmir valley has strengthened and the targeted killing of non-Kashmiris and Kashmiri Pundits could be desperate attempts by the militants to disturb emerging peace and confidence. As per the government data, at least 80 lakh people visited Jammu & Kashmir between October 2021 and March 2022.

Chief Justice of India N V Ramana who was in Srinagar in mid-May to lay the foundation of a new high court building recalled the instances of kindness and hospitality he received from ordinary Kashmiris. Extolling the beauty of Kashmir, he recited poet Ali Jawad Zaidi’s couplet: “Muddaton baad jo aayaa hoon is vaadi mein, ik naya husn, naya rang nazar aata hai (As I’ve come to this valley after a long time, I could see a new beauty, new color). These famous words of Poet Ali Jawad Zaidi reflect my sentiments,” he said.

Talking about Kashmir, its people, and beauty, the CJI said, “I had the fortune to visit this paradise many times, but every time I have been amazed by its beauty and moved by its hospitality. It’s a land where one gets to experience four seasons. The kindness of the people here, and the enriching culture of Kashmir, transforms every soul that visits this scenic land.”

Justice Ramana took the help of another Urdu poet Rifat Sarfarosh to express himself. “Yeh khitaye Kashmir hai, jannat ki ik tasweer, insaniyat ki dastaan, harzarre mein tehreer (This is Kashmir — an image of heaven, a story of humanity, is ingrained in every particle of this land).”

Kashmir’s tourism is on a rebound and that’s great news. The credit must go to the people who’ve stood their ground despite mindless violence. In a fitting tribute, the government school in Kulgam’s Gopalpura village where lady teacher Rajni Bala was killed by the terrorists has been named after her.

“The extremists are afraid of books and pens, the power of education frightens them. They are afraid of women,” says Nobel laureate Malala Yousafzai. (IPA Service)

Bringing Back Section 66A Through The UN Convention Route
Posting....