Bringing Back Section 66A Through The UN Convention Route 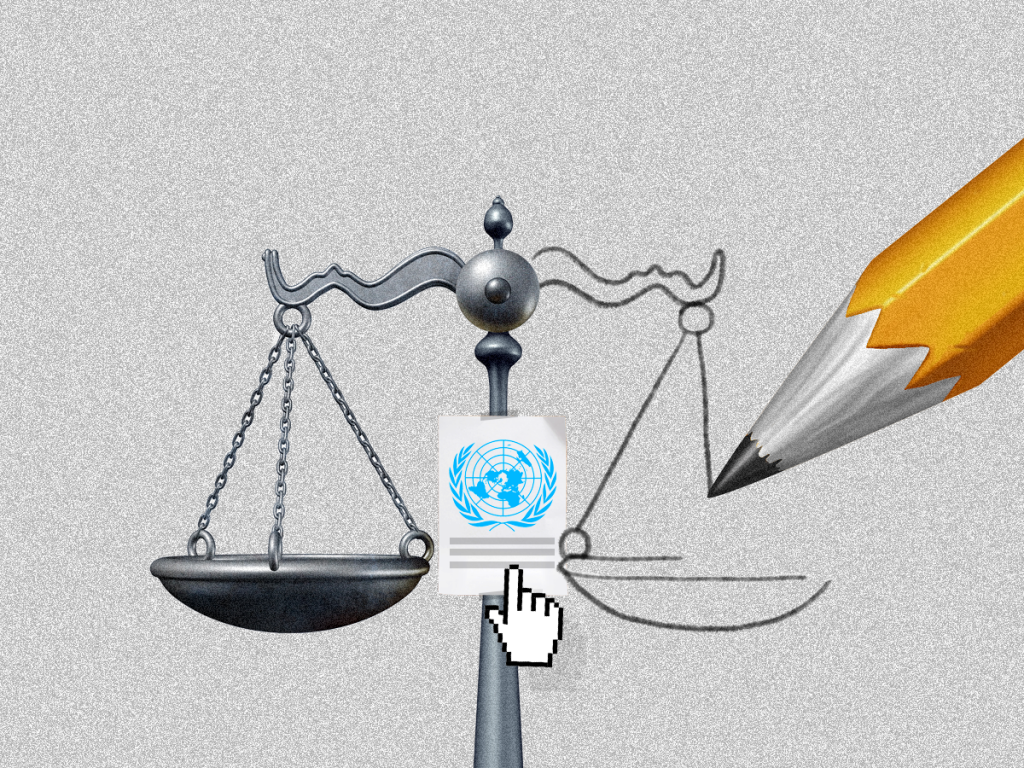 Is Section 66A of the Information Technology Act making a comeback? This at a time when restrictions on Freedom of Expression are beginning to get the upper hand over free speech. The return of Section 66A is bound to lead to further restrictions and keep people from posting critical remarks on the workings of the government, speak truth to power. The Supreme Court had knocked out Section 66A from the IT Act seven years ago.

Now, say people alarmed at the prospect, the Modi Government is bringing the provisions of the dumped Section back into operation through the backdoor. The backdoor happens to open into the front door of the United Nations. And the UN right now is engaged in talks to draw up a new  UN treaty on fighting cybercrime.

Reports are that India has forwarded its own “criminalisation of offensive messages” protocol to the UN, and has done a pretty good job of copy-pasting Section 66A’s language. The very same language that was used to haul up anti-government activists, including cartoonists and students.

The danger is that the Modi government could very well inform the top court, post the passage of the restrictions through the UN, that, hey, look, this is not “us” doing it, but the “international body”, and India is bound to adhere to, and cannot kick its “international obligation” out the window. The Section 66A restrictions then would be back to haunt online speech. Cartoonists and journalists could once more be targeted.

Retired Supreme Court Justice Madan B. Lokur told online news portal ‘The Wire’ that it was “beyond shocking that the government is trying to introduce Section 66A through backdoor legislation.” He wondered who the government was sending a “message” to? The apex court, the constitutional law experts, or “to freedom of speech supporters”? Perhaps, to all and sundry, “regardless of what the Constitution and the Courts may say”?

Since May-end, a panel of UN experts has been studying the different provisions of “criminalisation of cybercrime”. The ad hoc panel will submit its report to the 78th session of the United Nations General Assembly’s in 2023-24. As part of the exercise, UN member states were asked to submit suggestions on “criminalisation, general provisions, and procedural measures/law enforcement.”

India’s made its submissions on 13 categories of offences, including on damage to computer systems, cyber terrorism and child pornography. “The Indian proposal lists ‘Sending offensive messages through communication devices etc.’ in Section 4(d).” It then defined criminality in three ways. One, offensive information, and that which is “menacing in character.”

This is language that is not different from that of the axed Section 66A, a copy-paste job. In fact, “Section 4(d) in India’s submission is an exact replica of the language used in the erstwhile Section 66A of the Information Technology Act.”

The Supreme Court had struck down Section 66A on March 24, 2015. Section 66A was introduced in 2008 and was widely misused by law enforcement agencies. There was   a glaring ambiguity in terms such as “offensive” and “menacing in character”. These gave the agencies extraordinary powers to lodge cases and arrest anyone.

The Supreme Court order striking down Section 66A of the Information Technology Act was issued by a division bench of Justices J. Chalemeswar and R F, terming Section 66A “unconstitutionally vague”, and “struck down in its entirety being violative of Article 19(1)(a) and not saved under Article 19(2)”. Today, seven years on, the United Nations has received India’s proposal to use the same language in the new UN convention that had been struck down by the Indian SC. This UN convention, once it is ratified by UNGA, will be legally binding on each member- state of the United Nations.

And that is where the danger is; danger to civil society and the common citizen at large. The Government of India will have free rein to introduce legislation that has the same language the SC had declared “unconstitutional”. Not that the demise of Section 66A had made a difference. In July 2021, it was learned that despite its constitutional end, Section 66A was still being used, and as many as 1,300 cases had been lodged under its provisions after its annulment.

This compelled the Modi Government to write to the states. As for the UN convention, there is rising concern over it, primarily because it could directly and indirectly impact individual rights. Government control over online content wasn’t what the UN set out to achieve. FoE could be hit in every country that puts its signature to the treaty. India under Prime Minister Narendra Modi appears more than eager to accept, and sign. Anti-cybercrime laws come in very handy to persecute. Freedom of expression will be the first casualty, followed by the quelling of basic human rights. (IPA Service)

Sangh Parivar Has To Do Away With Ideology Of Destructive Hatred
Posting....