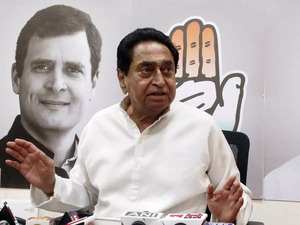 In an email interview with PTI, Nath lauded Rahul Gandhi for leading the Congress’ countrywide Bharat Jodo Yatra, saying he is not doing politics for power but for the common people of the country.

“As far as the 2024 Lok Sabha election is concerned, Rahul Gandhi will not just be the face of the opposition but will be its prime ministerial candidate too,” he said.

Nath also said that no one in the history of the world has undertaken such a long ‘padayatra’. No family other than the Gandhi family has given so many sacrifices for the country, the Congress leader said.

“Rahul Gandhi does not do politics for power, but for the people of the country who make anyone sit in power,” he said.

The former Madhya Pradesh Chief Minister is the lone leader to have come forward in favour of Rahul Gandhi’s candidature for the 2024 polls.

The 76-year-old Congress chief of Madhya Pradesh also said there was no place for “traitors” in the party after they betrayed the organisation.

Asked if there was any chance of Jyotiraditya Scindia’s return to the party in the future, Nath said, “I would not comment on any individual, but those ‘traitors’ who betrayed the party and broke the trust of its workers, there is no place for them in the organisation.”

He further said that the old pension scheme would be implemented in the state soon after the Congress assumes power in Madhya Pradesh.

Follow us on
Up Next: Few Hits And Many Misses For India And The Ruling Party In 2022