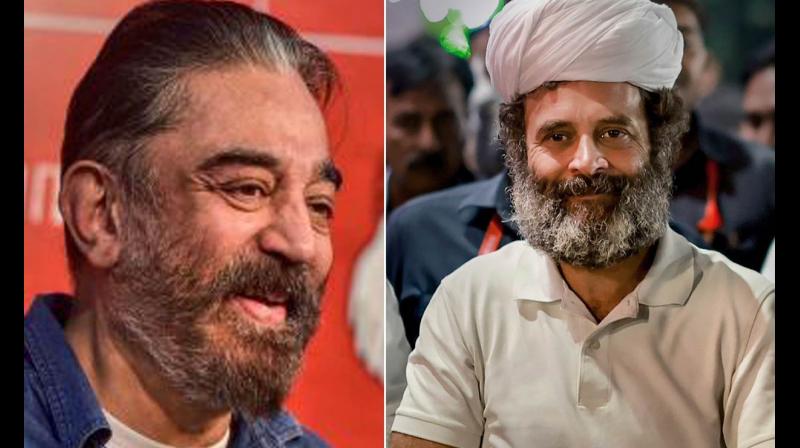 The Makkal Needhi Maiam (MNM) leader, who had said last week that he was invited by Rahul Gandhi to the Delhi leg of the Bharat Jodo Yatra, said many people advised him to not go to the gathering in the national capital. Addressing a rally outside the Red Fort, Haasan said, “Before coming here. many people advised me to not go as it would affect my political career.”

However, he heard his inner voice to save India from hatred to come here. “This is the time when my country needs me the most….I heard my inner voice that said Bharat jodne ki koshish karo, todne ki nahi, (try to unite India instead of dividing), he said.

He said that Rahul Gandhi is Pandit Jawarharlal Nehru’s grandson and he is the son of a Congressman. “Many people ask me why I am here. I am here as an Indian. My father was a Congressman. I had various ideologies and started my own political party but when it comes to the country, all political party lines have to blur. I blurred that line and came here,” Haasan was quoted as saying by Hindustan Times.

“This yatra is not for any political aim, but raises its voice against unemployment, price rise, China’s attack on India and against the hatred being spread in the country,” he said.

Haasan also accused Prime Minister Narendra Modi of not wearing masks himself and of trying to stall the Yatra on the pretext of Covid.

Meanwhile, Rahul Gandhi alleged hatred in the name of Hindu-Muslim is being spread through television 24×7 to divert the attention of people from the real issues. “When we started this yatra from Kanyakumari, we started with the aim of uniting people and ending nafrat (hatred). I felt there was hatred spread everywhere but when I started walking I realised the truth was otherwise. TV channels are spreading hatred and doing Hindu-Muslim, Hindu-Muslim all the time, 24 hours. But, this is not true as this is spread in the media. This country is one and everyone loves each other and embraces each other, there is no hatred,” he said.

The yatra which started from Kanyakumari in Tamil Nadu on September 7 has traversed nine states covering around 3,000 km in 46 districts across Tamil Nadu, Kerala, Karnataka, Telengana, Andra Pradesh, Maharashtra, Madhya Pradesh, Rajasthan and Haryana. The Yatra will take a nine-day winter break and restart on January 3 for its onward journey to Jammu and Kashmir, after passing through Uttar Pradesh, Haryana and Punjab.

China says ready to work with India amid border tension