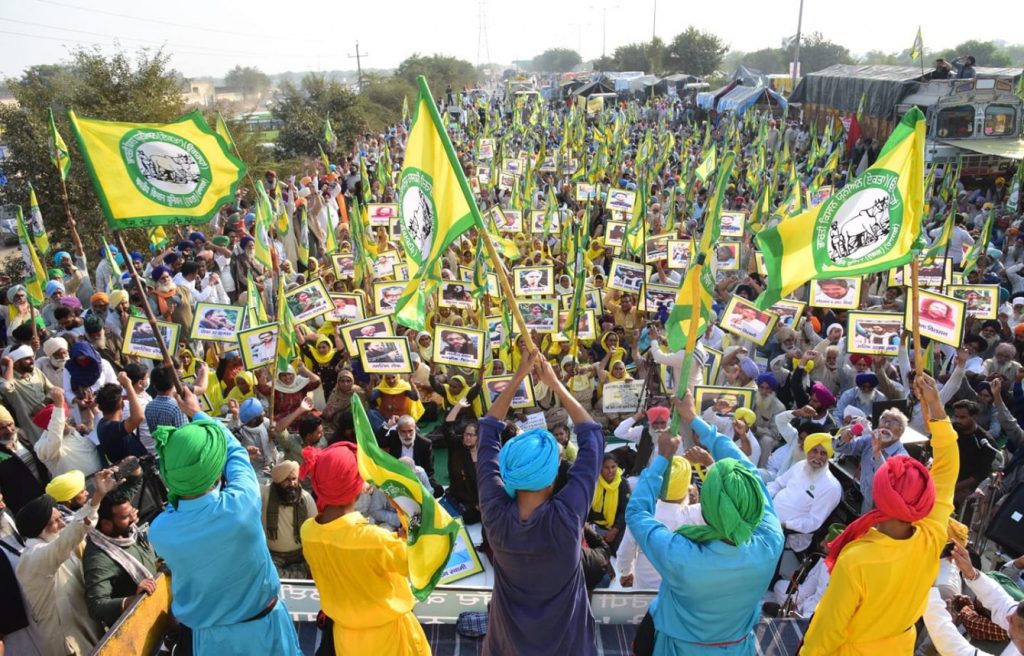 The joint opposition rally held at Fatehabad in Haryana on Sunday organized the INLD leader Om Prakash Chautala on the occasion of the birth anniversary of his father Devi Lal has made a good success in facilitating the unity of the anti-BJP political parties to take on the Narendra Modi Government in the 2024 Lok Sabha polls.

There are three positive pointers from this rally for the opposition. First, Nitish Kumar who was the main attraction at the rally announced that Congress must be the part of the anti-BJP coalition, though the Congress was not invited by the host at the rally. There was no opposition to this politically important statement of the Bihar Chief Minister from those who had reservations about joining the Congress in any coalition, INLD included.

Secondly, Akali Dal Leader Sukhbir Singh Badal made the cardinal point that the NDA was gone. The three main constituents of the NDA, JD(U), Shiv Sena and Akali Dal were in the rally and that meant while the anti-BJP opposition was growing in strength, the NDA was left with BJP alone. Though the Shinde-led Shiv Sena had cast its lot with BJP by splitting the Uddhav-led party, still the trend indicated the isolation of the BJP from the original partners of NDA in the last few years.

Third significant thing is the message of the Odisha chief Minister and the BJD supremo Naveen Patnaik sending best wishes for the birth day of Devi Lal despite knowing that it was a political rally to unite the opposition parties against the BJP. Naveen has been fighting both the BJP and the Congress in his state but he is monitoring the developments and he will decide his position after the outcome of the Lok Sabha elections. He is also getting the signal that there is a possibility of BJP losing in the 2024 polls. BJD supremo will take his final position if there is a hung Parliament.

Significantly, both Nitish Kumar and Lalu Yadav met the Congress president Sonia Gandhi after the rally and discussed about the opposition unity and the importance of her role in this process. Reports said that the two leaders requested Sonia Gandhi to take lead in bringing opposition together. Nitish Kumar will be meeting the Congress leader after the presidential elections in the Congress Party is over on October 19. RJD Leader Lalu Yadav is ill and he is supposed to go to Singapore for a kidney transplantation. If that is so, Nitish Kumar and Tejashwi Yadav, the Bihar deputy chief minister will be meeting the Gandhis and the new Congress president in the first week of November.

As of now, Nitish Kumar is the fittest opposition leader to carry on follow up discussions with the other non-BJP political parties. Nitish is most secure now in Bihar as the BJP, his main opposition finds itself isolated. Nitish is cool headed unlike TMC supremo Mamata Banerjee and he has that acceptability totalk across all parties including the BJD, YSRCP and AAP. Already Nitish talked to the Delhi Chief Minister Arvind Kejriwal during his last Delhi visit. He is a pragmatist and he knows the minimum possible basis of forging unity of the opposition parties to take on the BJP.

Only eighteen months are left for the holding of the Lok Sabha polls in March/April 2024. Before that a series of state assembly polls will be held in the country. The BJP is concentrating all its attention on the coming state polls and its leaders including the Prime Minister Narendra Modi, Home Minister Amit Shah and the BJP president J P Nadda are monitoring the developments on a daily basis. For the major parties of the opposition, the supreme need is to defeat the BJP in the state polls and that is where the major party, the Congress is lacking.

The state polls are taking place in Himachal and Gujarat by yearend. In Gujarat, the Rajasthan Chef Minister Ashok Gehlot is the state observer and he is supposed to monitor the developments on daily basis. But he is contesting for the post of Congress President and he will be busy till October 19.He will not have any time to give for Gujarat during this period. The Congress leader Rahul Gandhi is leading the Bharat Jodo Yatra. There are no reports that he will campaign in Gujarat during this Yatra period.

Thus Gujarat has been left in the lurch by the Congress Party while both the BJP and the new entrant AAP have focusing full attention on the campaign. PM Modi is constantly visiting, Arvind Kejriwal is trying to convert the Gujarat polls into a contest between BJP and AAP, but the Congress leaders are nowhere tobe seen though the anti incumbency is high in the state and the people are looking for a change. Comparatively the situation in Himachal for the Congress is better as the observer the Chhattisgarh chief minister Bhupesh Baghel is doing his work consistently and the election machinery of the party has been galvanised.

It is no coincidence that the BJP high command under Home Minister Amit Shah recently discussed the plan of action for 2024 Lok Sabha polls and identified 144 seats for special focus which they lost in 2019 elections. They worked out the strategy on how to retrieve many of these losing seats. BJP is in a backfoot because it has lost most of its powerful allies in the Hindi-speaking heartland. Especially, the loss of JD(U) and the SAD has given a big jolt to the saffrons electorally. BJP’s strategy is to keep the losses from its existing 303 seats at minimum and make up this loss from the gains from last year’s losing seats. But this BJP strategy can be ably challenged by the opposition parties if they move with a flexible electoral strategy from state to state ensuring maximum mobilisation of anti-BJP votes in favour of the strongest opposition candidates in that state..

For opposition it will be wise for it to ensure that the strongest opposition party in each state, will be the decider of the nature of alliance in that state to take on the BJP. As of now, there are no problems in Bihar and Tamil Nadu. The opposition fronts are model front taking most of the anti-BJP parties. Such fronts can not be repeated in other states. The Congress is the major opposition party in Madhya Pradesh, Rajasthan, Chhattisgarh, Himachal and Gujarat and it will have the main responsibility to fight BJP in these states. If the Congress feels it necessary to have alliance with smaller anti-BJP parties, its decision will be final.

This flexible electoral strategy can help in minimising the differences before the polls. The prime objective is to bring maximum number of non-BJP political parties in the anti-BJP camp after the Lok Sabha polls. The Prime Ministerial candidate can be decided in the post poll scenario if there is a hung Parliament, on the basis of the strength of the respective political parties and the maximum acceptability of the proposed candidate by the participating parties. The entire process will need flexibility and visionary approach. Certainly eighth time Chief Minister of Bihar Nitish Kuma and Sharad Pawar are suited to lead  negotiations  in the post-election process. (IPA Service)