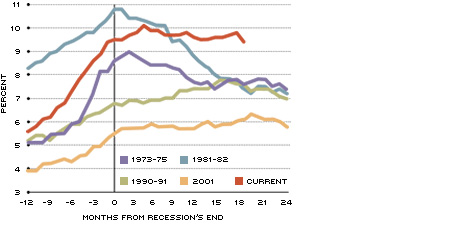 Indian government is gung ho about Indian economy’s GDP numbers, which recorded a double digit growth in the first quarter this financial year and overtook Britain to become the world’s fifth largest economy. These numbers do give us a sense of pride as they are not insignificant achievements after the economy went for a toss during the last two years.

The real economic picture is something else. There are some serious concerns in the economy and warning bells are already there and government will do well not to adopt ostrich-like approach and ignore the signals. India is definitely better off than many other countries but that does not mean everything is hunky dory. The worrying factors are many even through tax collections are buoyant and some worthwhile recovery in some of the sectors. Now Inflation is not that big a worry as skyrocketing global commodity prices are likely moderate in the face of recession in advanced economies. This will certainly help to rein-in prices as India depended on imports of some of the commodities like oil.

Already there are evidences of consumer price index and wholesale price index slowing down. This is welcome but areas of concern are many.

The first and foremost concern is GDP not growing at a pace commensurate with the requirement. Though India clocked 13.5 per cent GDP growth in the first quarter of 2022-23, the numbers were much below expectation of 15.5 per cent to 16.5 per cent. RBI had forecast a growth of 16.2 per cent in the quarter. One may argue that what is the big deal as the numbers are few percentage points less than expectations. Certainly this is not the way to look at it. A below par performance in the first quarter of this financial year meant that there is likely to be a fall in overall GDP forecast of 7.2 per cent for the whole of 2022-23. Now the expectations are that overall GDP would be around 6.5 per cent and certainly not 7.2 per cent. This meant that real GDP for the whole year would be around 4 per cent, which according to former chief Statistician and renowned economist, Pronab Sen is a matter of concern.

On the face of it, one may argue 4 per cent real GDP is still good when compared to other large economies including some advanced economies. This is no solace for us. An economy like India, where people below 35 years of age are more than 65 per cent of the 1.4 billion population, jobless growth is a matter of serious concern. To take care of the millions entering the job market year after year, India should have a real GDP growth of at least 6 -6.5 per cent, Sen rues adding ‘we are not there.’

The fact that India’s real GDP growth is nowhere near that number is certainly worrying and immediate correctives are needed. MSMEs are the only sector that could provide the much needed employment. The sector is doldrums ever since demonetization in 2016. Eighty-five per cent of the workforce are employed in the informal sector. The lockdown due to covid pandemic aggravated the problems for the MSME sector. According Pronab Sen formerly of Planning   Commission, MSMEs were largely depended on informal lending and that had virtually dried up after demonetization. Unfortunately, the alternatives have not emerged. Of course with digitization and formalization of the economy some MSMEs, which are ancillary to large industries have benefited.  But majority of the MSMEs which depended on informal lending, do not get lending from the formal banking sector. This is something government has not been able to address so far

Many of the MSMEs which had closed down particularly during Covid have not revived. The government is aware of this problem but a solution is not forthcoming. The soon it is addressed the better for the health of the economy. MSMEs account for nearly half of the employment in manufacturing and exports in the country. The slowdown in exports too is a matter of concern. The recession in advanced economies and geopolitical situation arising out of prolonged Ukraine-Russia war too will contribute to slowing down of exports. The depleting foreign exchange reserves and widening current account deficit are not good for the economy. India’s foreign exchange reserves have fallen $80 billion in eight months from around $630 billion to $550 billion. India has not had such a sharp fall since the global financial crisis in 2008. Though not alarming as yet, it is fraught with danger. Instead of trying to artificially arrest fall of rupee value to dollar, it should allow rupee to depreciate so that at least exporters benefit.

The chest-thumping over India now becoming fifth largest economy too is jarring.  Going up the ladder from 11th position to fifth position overtaking Britain and France in the last 7-8 years may make us feel good. Overtaking Britain, our colonial masters may be sentimental and emotional but it means nothing as India’s per capita is still far below Britain. If India were to really compare, It should compare with China, which also has a large population. Growing in double-digit every year during past 2 or 3 decades, China today is a $21 trillion economy as against India’s $3.6 trillion. China is only next to US which is $26 trillion economy. Of course US population is just one fifth of China and hence their per capita income is far higher. Instead of gloating over such small milestones, it would be better if real issues in the economy are addressed. (IPA Service)