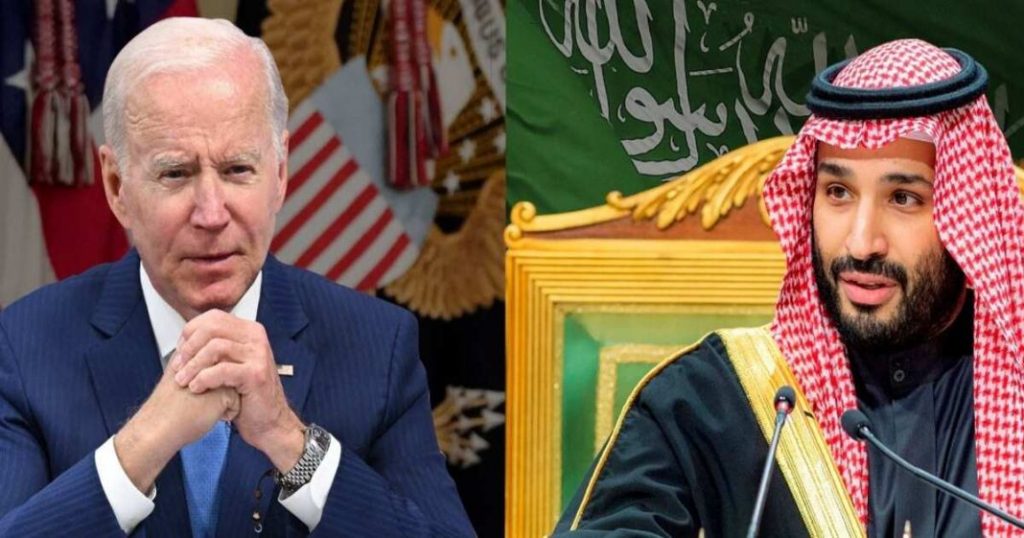 The Biden administration is mulling whether to grant Saudi Crown Prince Mohammed bin Salman sovereign immunity in a case related to the 2018 killing of Jamal Khashoggi. The journalist’s fiancé and a non-profit organization he helped found filed the lawsuit in a Washington district court.

The court has extended its original August 1 deadline until October 3 for the administration to advise Judge John Bates on whether it believes that Bin Salman qualifies for sovereign immunity, a status usually reserved for heads of state, heads of government, and foreign ministers.

It is hard to believe that the administration would refuse the crown prince immunity following US President Joe Biden’s July pilgrimage to the kingdom and the energy crisis sparked by sanctions imposed on Russia in response to its invasion of Ukraine.

Biden’s visit intended to repair relations with a country that he had described as a “pariah” state during his election campaign. Moreover, it came after Biden had refused to deal directly with  Bin Salman in the president’s first 18 months in office.

It is equally unlikely that the court would go against the probable advice of the administration to grant immunity to Bin Salman. One consideration in the administration’s deliberations may be whether Bin Salman would want to be more cooperative in addressing the energy crisis by pumping more oil and pressuring the Organisation of Oil Exporting Countries (OPEC) and its partners to increase their production levels in a bid to reduce prices in return for immunity.

Bin Salman has, so far, given little, if anything, in response to Biden’s pilgrimage but has benefitted from the boost the president gave to the crown prince’s rehabilitation in the United States and Europe.

The killing of Khashoggi and the Yemen war turned Bin Salman into a tarnished, unwelcome figure in Western capitals. In the wake of Biden’s pilgrimage, Bin Salman has made his first trip to Europe with stops in Greece and France. In addition, the crown prince travelled to London to offer his condolences for the death of Queen Elizabeth.

Whatever the judge decides, the stakes go far beyond the legal aspects and the political fallout of his eventual ruling. The likely ruling in favour of Bin Salman will spotlight double standards in politics and policymaking and the lack of a moral and ethical yardstick. Too often, opportunism, in the absence of inclusive moral and ethical standards, allows leaders, officials, policymakers, and politicians to prioritise their interests rather than those of the nation or affected people elsewhere.

The likely ruling will also raise the question of why governments, leaders, and officials should be held to a different standard before the law. The issue of double standards is closely related to a debate about the principle of universal jurisdiction that legal systems like those of Spain and Belgium have appropriated for themselves and how they relate to the mandate of the International Criminal Court (ICC) in The Hague.

In 2014, the Spanish parliament curtailed the country’s universal jurisdiction after a Spanish judge issued arrest warrants for former Chinese president Jiang Zemin and four senior Chinese officials on charges of human rights abuses in Tibet. The jurisdiction enabled the prosecution of Chilean dictator Augusto Pinochet that has yet to establish a standard for accountability.

A recent special edition of International Affairs, an academic journal, implicitly approaches the debate about the lack of a moral and ethical yardstick that undergirds politics and policymaking by suggesting that academics, analysts, and practitioners revisit the maxim of seeking to replicate past policy successes as the basis for the crafting of new policies.

Instead, contributors to the journal argue that examining how to avoid catastrophic failure might be a better way of going about it. In doing so, the editors of the special edition, Daniel W. Drezner and Amrita Narlikar, again implicitly, call for out-of-the-box thinking. They propose the application of the medical sector’s Hippocratic Oath to international relations. The oath obliges doctors to avoid doing harm.

To be sure, Biden’s positioning of the preservation of democracy and the strengthening of ‘democratic resilience’ abroad is the one pillar of his foreign policy that dovetails neatly with his struggle at home to hamper efforts to undermine democratic norms and the principles of fair elections and peaceful transition of power. Biden has dubbed his domestic endeavour “a battle for the soul of this nation.”

In effect, Biden’s emphasis on preservation rather than the promotion of democracy constitutes a finetuning of liberal internationalism that revolves around the idea that global stability comes from democratic systems, free markets, and participation in American-led multinational organizations. While not surrendering the principle, it implicitly suggests that stability can be achieved in a world where democratic and non-democratic systems of governance can cohabitate and compete simultaneously.

The example of Saudi Arabia in the runup and the aftermath of Biden’s July trip to the kingdom pinpoints the pitfalls of crafting a foreign policy that embraces morals, ethics, and realpolitik.

Bin Salman has stepped up his crackdown on dissent and civil society activism since the Biden visit. For example, two Saudi women arrested in 2021 were sentenced in August by terrorism courts to respectively 34 and 45 years in prison for tweets that allegedly “used the internet to tear the social fabric” of the kingdom and “violated public order by using social media.”

Furthermore, Saudi Arabia executed 81 people in March when the United States and the kingdom were likely already negotiating the visit.

Meanwhile, Biden departed Saudi Arabia with little, if anything, to show for himself in terms of geopolitical, energy, or human rights gestures, not even the release of US nationals held for political reasons in Saudi prisons or banned from leaving the kingdom. (IPA Service)

Risks Of Kessler Syndrome Is High As Space Debris Accumulate