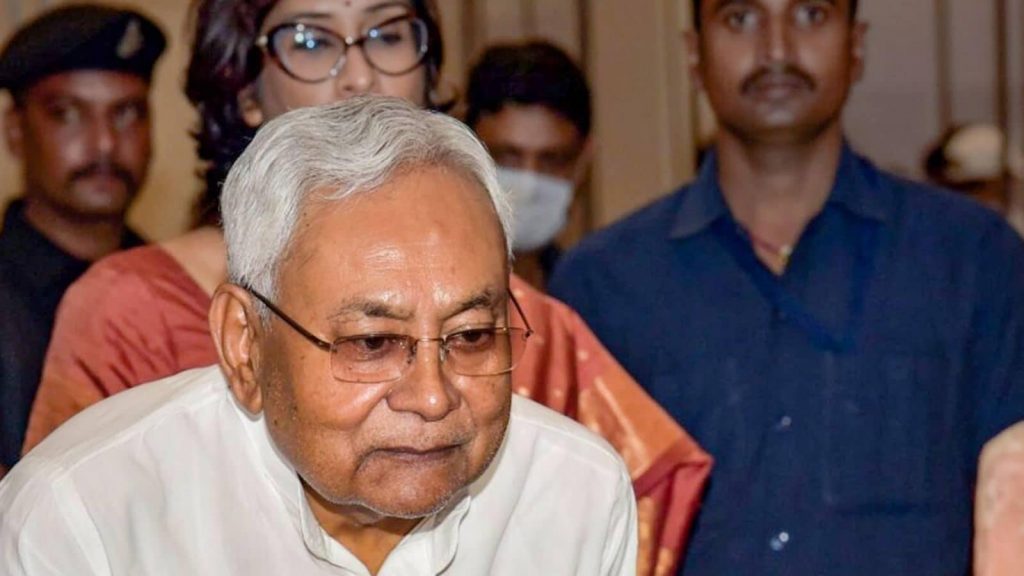 ”Desh ka neta kaisa ho Nitish Kumar jaisa ho” was the slogan that rent the air, and summed up the sentiment, at the JD(U)’s Bihar headquarters here ahead of the party’s national executive meeting scheduled on Saturday.

The chief minister visited the Birchand Patel Marg office on Friday to take stock of the preparations for the meeting, which would be attended by JD(U) office bearers from across the country and would be followed, a day later, by a meeting of the national council, the apex body of the party.

The septuagenarian was modesty personified when he responded to the chants with folded hands and requested journalists not to embarrass him with questions about his being in the race for prime ministership. However, banners put up at the JD(U) office bore slogans that sent across the message loud and clear that the party expected its de facto leader to play a ”national role”.

”Pradesh mein dikha, desh mein dikhega” (it has been seen in the state, now it will be seen across the country), ”aagaz hua, badlaav hoga” (a beginning has been made, change will follow) are a couple of slogans indicative of the buoyancy in the party since Kumar bit the bullet and walked out of the shadow of a domineering BJP. There were some more, which sought to attack Prime Minister Narendra Modi’s leadership more viscerally. ”Jumla nahin, haqeeqat” and ”mann ki nahin, kaam ki” tend to get lost in translation though the import was not lost on politically savvy people of the state.

”On the one hand, we have a leadership that offers outlandish promises of ache din (better days), two lakh jobs per year and Rs 15 lakh into every bank account which are later dismissed by the then president of the very party as a jumla (rhetoric). On the other hand, we have Nitish Kumar who has walked the talk, be it on prohibition or on rural electrification,” Rajiv Ranjan Prasad, national secretary of the JD(U), told PTI. ”The recent development in Bihar has set the tone for a political change nationally. The meetings of Saturday and Sunday will come out with a roadmap that would underscore the role to be played by Janata Dal (United) in this backdrop,” said Prasad.

The agenda would also include organisational polls and a fresh membership drive, though ”national role for Nitish” is likely to dominate the narrative. Although not claiming to be not keen on the top post, Kumar has nonetheless made it clear that he was serious about fostering opposition unity and was telephonically in touch with many anti-BJP players.

The Left has acknowledged that with five decades of political experience behind him, Kumar will play an important role in forging a united front to challenge the BJP juggernaut. He has also received thumbs up from regional players such as K Chandrasekhara Rao who visited Patna a few days ago and hailed his Bihar counterpart as ”one of the best and senior-most leaders” in the country.

At a press conference he addressed jointly with KCR, the JD(U) leader had said he would be aiming at cobbling together ”not a so-called third front, but the main front”. Interestingly, one of the slogans doing the rounds for Kumar at the JD(U) office is ”raja nahin fakir hai, desh ki taqdeer hai”.

Keen observers of Indian politics may recall the slogan, which became popular when VP Singh was locked in a David versus Goliath battle with the Congress. It remains to be seen how far the similarities with the bygone era go.