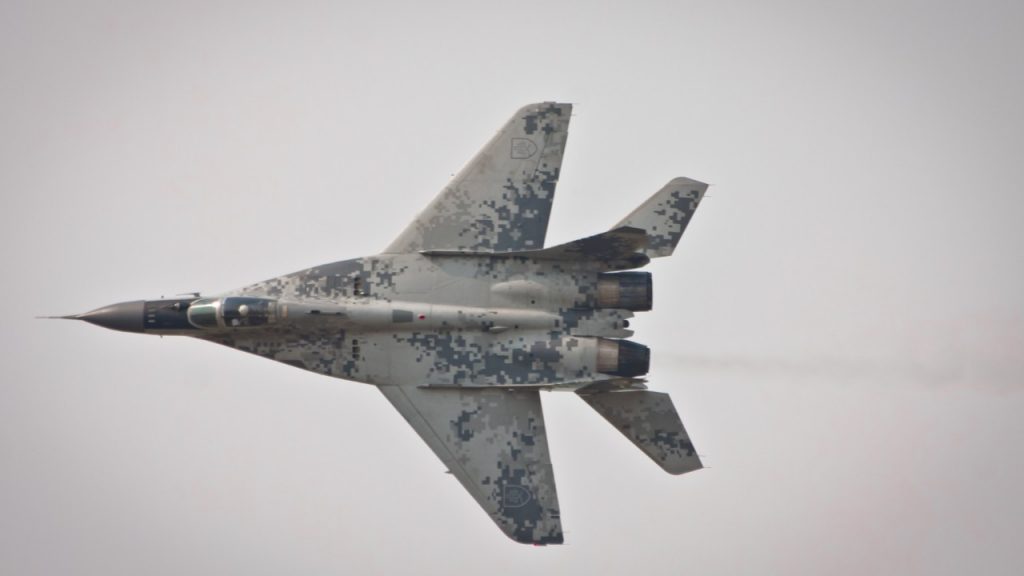 The observation by Russian communists that Ukraine is now the scene of a proxy war between Russia and Nato is accurate — though the idea that this somehow justifies Russia’s invasion of its neighbour does not follow.

Ukraine has certainly become a battleground in which Russia is testing its ability to push back against Kiev’s pro-US orientation, and the United States and its allies are testing their ability to stop it through the delivery of advanced armaments. The cost of this arm-wrestle is being paid for in Ukrainian and Russian lives.

The Pentagon briefed last week that it was planning for “protracted war” in Ukraine, with its summons to the eight biggest US arms firms to discuss not merely stepping up supply but also to “develop new modernised capabilities.”

In Ukraine, Washington has an arena to assess the performance of its newest weaponry against a technologically advanced rival military, something hawkish columnists are already noting as a preparatory phase to the “real drama: the struggle with the Chinese behemoth” (Edward Lucas in the Times).

Direct Nato involvement in the war is more and more obvious: right-wing papers splash on the role SAS operatives are playing “on the ground.”

Nato has been given a shot in the arm. Long-neutral countries such as Sweden and Finland are seriously considering joining the US-led military alliance.

Perhaps more importantly still, longstanding US demands that its junior partners raise their military spending are now being met by country after country, with Germany, by far Europe’s largest economy, agreeing to huge increases.

Structural integration of European armies through the EU’s Pesco programme does not threaten US operational control, exercised via Nato: the US joined Pesco’s Military Mobility project last year, aiming at “seamless” transit for its troops right across the European Union.

If there had been calls for a more independent European military policy from France after the US defeat in Afghanistan, Russia’s war has brought EU countries firmly back into Washington’s orbit, and European militarisation will help the US by allowing it to “pivot to Asia.”

All these are negative developments.

They offer incentives to the US to pursue a long war by flooding Ukraine with arms and discouraging negotiations; Washington has been absent from peace talks between Kiev and Moscow since the war began, just as it dismissed the idea of conceding security guarantees to Russia to avoid war last winter.

None of that absolves Vladimir Putin of responsibility for the invasion. But a US stake in the war continuing makes peace, which really is a question of life and death, more difficult to achieve.

That is one reason the peace movement here is right not to line up behind the Westminster Establishment’s “arm Ukraine” policy, besides its other drawbacks, which include abandoning resistance to Britain’s place at the heart of the global arms trade, supplying governments engaged in brutal conflicts including Israel and Saudi Arabia.

Another is that what the US calmly views as a protracted war raises the already considerable risk that the war could escalate beyond Ukraine.

That need not happen as a straightforward spread of the Ukraine war outwards: there are other smouldering grievances in Europe that could be ignited, as we are seeing in Bosnia & Herzegovina, where the ethnically Serbian Srpska Republic is pushing for independence with Russian support and against the EU and US-dominated Office of the High Representative.

There is potential here for indefinite conflict, hundreds of thousands of deaths, a vicious cycle towards bigger arms budgets at the expense of public services or addressing climate change.

The course we are on has no upside for working-class people in the West, in Russia or in Ukraine. The left needs to raise the need for a different approach, one based on achieving a ceasefire and then peace through talks, despite the smears and attacks we are subjected to for making these arguments. (IPA Service)