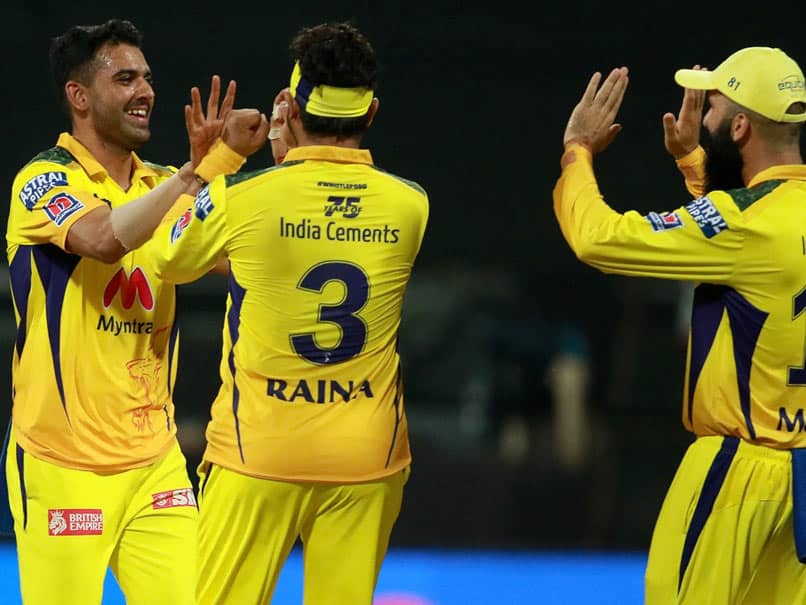 
Three-time Indian Premier League (IPL) Champions Chennai Super Kings (CSK) opener Faf du Plessis played a brilliant unbeaten knock of 95 runs to help his team post a 221-run target in 20 overs for Kolkata Knight Riders (KKR) to chase. Ruturaj Gaikwad also scored an epic 64 runs in 42 balls and with MS Dhoni (17 runs off 8 balls) and Moeen Ali (25 runs off 12 balls) playing their part to perfection, CSK ended on the right side of the 200-run mark. KKR bowlers found their going tough with regular boundaries from either end to power CSK to a mammoth total. KKR openers Nitish Rana and Shubman Gill will have to step up from the start for them to have a change at this target. (LIVE SCORECARD)