International Women’s Day: It Is A Long Wait For Gender Parity 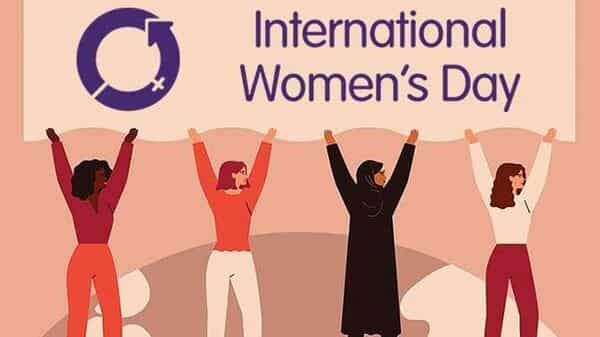 March 8, and it was another International Women’s Day (IWD). Men worldwide were expected to throw their misogyny out the window and praise women sky high, applauding them for their many victories including succeeding in teaching men how to behave with women in general, and with the particular women in their lives.

How many men really and truly respect women? The real numbers will be depressingly low. Chances are out of 100 pairings, half the men and women will be seriously at odds with each other and they may not have anything good to say about each other though when IWD comes, lots of men will talk highly of women and the women will reciprocate with plastic smiles.

In our country India, women have been reduced to political pieces. Like pawns on the chessboard—64 squares, black and white cubes! But Indian women never get to see the Promised Land. Congress leader Priyanka Vadra Gandhi sought to make amends and bring equality by proposing and giving 40 percent nominations in the Uttar Pradesh assembly elections to women, coining the slogan ‘ladki hun, lad sakti hun’.

Both men and women hailed Priyanka Vadra Gandhi. But there was an element of inherent dishonesty. The same party did not accord a similar honour to party women in Punjab, and Uttarakhand or Goa. At the end of the day, ‘ladki hun, lad sakthi hun’ turned out to be a one-state wonder originating in the fertile mind of a woman political leader given great power by her party.

In the year 2021, media reported that a niece of Prime Minister Narendra Modi wanted to contest a local body election in a Gujarat district on a BJP ticket. But the 30-year-old was refused the honour because the “BJP does not give tickets to relatives of party leaders.” If it was a nephew, he would have rebelled and moved to greener pastures, but this was a niece who accepted her lot, like woman after woman does in India.

There is trivia about politicians who don’t do justice to women in their life, but that is another story. What is relevant to this story is that these same politicians will spend crores out of state exchequers on welfare schemes targeting women for the express purpose of winning elections. For example, PM Narendra Modi’s social and economic welfare schemes for women, particularly those earmarked to make life easy for Muslim women. These schemes—from the “free gas cylinder” to the “free rations”—have won the BJP tens of thousands of votes in election after election.

The women-centric schemes galvanized women though the party did not wait for International Women’s Day to talk of them. These sops were exclusively to win elections, and they were also the preserve of the ruling party, which unfairly uses public taxpayer money to “bribe voters” over a period of time to win elections. The BJP, Modi in particular, trots them out like they are Arabian horses for running the derby.

March 10, if the Bharatiya Janata Party wins a couple of states, it will be because of women voters harnessed with women-centric social and economic schemes. No politician looks askance at using women suffrage to cement power. So, IWD or no IWD, it’s all the same for women, in Uttar Pradesh or in the USA.

At the end of the day, women have to fight to stay afloat and no thanks to men. The male has his set of grouses and, even as men grudgingly loosen their hold on “things” that women insist are theirs by right, there is still a long way to go in the woods dark and deep for women to be equal partners in society. In India, the miles to go for women are longer than they are for their counterparts in the developed West.

In the West, women continue to get justice for past #MeToo. In India, there is a case of #MeToo happening every hour of the day and the only ruckus raised is by politicians in a poll-frenzy. Even that noise is drowned in the frenzy of the silence thereafter. The bottom-line is, as long as women are used to winning cushy lives for men, nothing is going to be achieved with celebrating any number of International Women’s Days.

Did you know that women feel very angry if they are singled out to take notes at board meetings? If you didn’t, then you got a long way to go in understanding women and in giving parity to women with men. It’s another matter that for millions and millions of women every International Women’s Day is to exclaim with joy, “We have come a long, long way!’ (IPA Service)