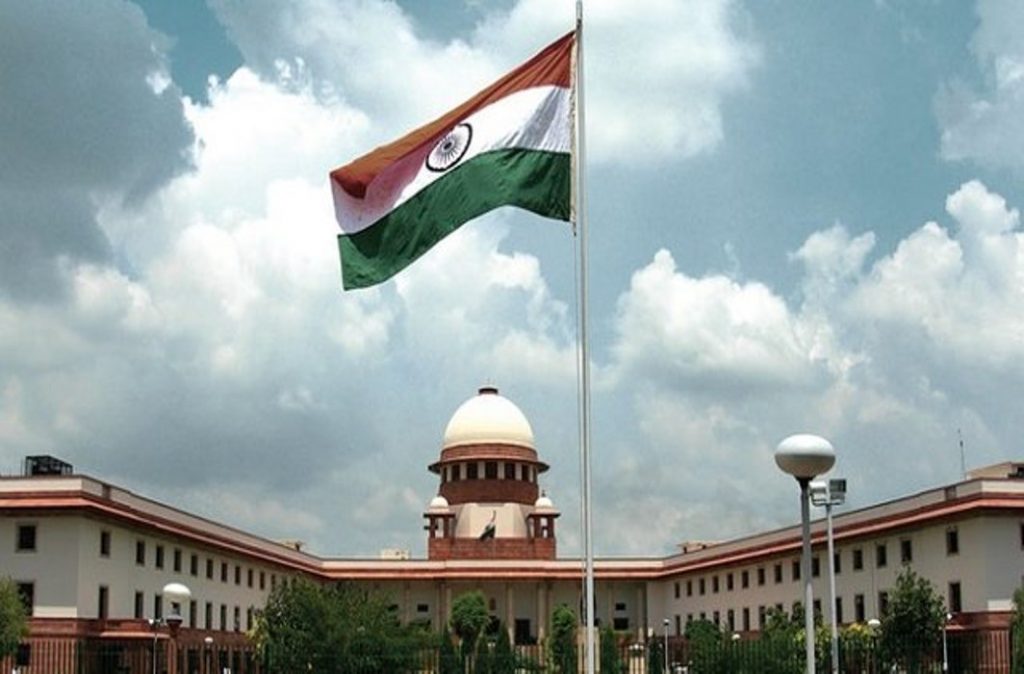 The Foreign Contribution (Regulation) Act, 2010 [FCRA], originally enacted in 1976, mandates for all NGOs, associations or groups which intend to receive foreign funding, to obtain a certificate of registration under FCRA. Recently, it was reported that nearly 6,000 organisations including Jamia Millia Islamia, Indian Institute of Technology – Delhi and Oxfam India lost their FCRA licence. It was either because they did not apply for the licence renewal, or their application was rejected by the Union Home Affairs Ministry [MHA]. In the case of Missionaries of Charity, which made the news recently for MHA’s refusal to renew its registration, the uproar it led to has apparently forced a rethink, as the MHA eventually renewed the same till 2026. As of January 7, there are 16,908 active or alive FCRA organisations in the country, according to the MHA.

Global Peace Initiative, a US-based organization, approached the Supreme Court seeking continuation of FCRA licences that were valid until 30 September, 2021. It was argued by the petitioners that humanitarian organisations should be exempted from FCRA licensing at least until the COVID pandemic, which continues to be a “notified disaster”. However, vide an order dated January 25, the Supreme Court turned down the plea, and left it up to the parties to make a representation to the concerned authorities, who may take appropriate action as per the law.

In the past, there have been several instances where the government has employed FCRA to potentially shut down the functioning of prominent organisations. Here, I intend to elaborate how FCRA has developed as a program to satisfy the Union Government’s zeal to curtail foreign contributions to social sector organisations and extinguish anti-government/pro-rights narratives.

On 28 March 2014, in a case filed by Association for Democratic Reforms [ADR], the Delhi High Court held the Indian National Congress [INC] and Bharatiya Janata Party [BJP] guilty of flouting FCRA to receive foreign funding, and directed the union government and the Election Commission of India to take necessary action. To circumvent this judgement, FCRA was amended via the Finance Act of 2016, putting beyond scrutiny the donations received by political parties from foreign sources since 2010. Later, the government made another amendment via the Finance Act of 2018, which retrospectively changed the year from 2010 to 1976. Now, the INC and BJP, held guilty by the Delhi High Court of violating FCRA, would be beyond scrutiny for foreign funds received since 1976. Notably, both these Acts were passed as Money Bills, without the Rajya Sabha approving these.

In 2015, the government issued new rules requiring NGOs to certify that accepting foreign funding will inter alia not jeopardise India’s sovereignty and integrity. It further provided that all such organisations would be required to maintain accounts in either nationalised or private banks, allowing government agencies real-time access to it. Later, the government enacted the Foreign Contribution Regulation (Amendment) Bill, 2020, that was termed a “surgical strike” on the not-for-profit sector. This amendment drastically changed the FCRA framework by bringing along inter alia the following changes: no sub-grant/s from the donations, cap on expenditure, inquiry before renewal of registration, FCRA bank account with the State Bank of India.

As it stands today, Section 3(1)(f) read with Section 5(1) of the FCRA prohibits organisations of “political nature” from gaining an FCRA certificate. Section 11 of FCRA mandates obtaining a certificate of registration renewable after every five years, before accepting foreign contributions. Further, Section 12 inter alia provides that the FCRA certificate may be granted only if the foreign contribution is not likely to prejudicially affect sovereignty/integrity of India, security/strategic/scientific/economic interests, public interests, freedom/fairness of elections, and social harmony. These terms are either undefined or vaguely defined, though.

The government resorts to Sections 13 and 14 of FCRA to suspend the certificate for a period of 180 days, and cancel the certificate for a period of three years, respectively. Section 14(d) of the FCRA states that the certificate could be cancelled for violating any provision of FCRA or “any” rule or order made under the Act. Although there is ambiguity on what will happen to the foreign funds already collected by organisations whose licence has been cancelled, the government seems fully determined to not let them utilise these funds. Thus, the funds and assets of an organisation with a cancelled FCRA licence would vest with the government.

As per a report, foreign funding to NGOs in India witnessed a decline of 40 percent between 2015 and 2018. Since 2014, the government has cancelled the FCRA licences of more than 20,000 NGOs, including several prominent organisations such as Commonwealth Human Rights Initiative, Amnesty International, The Lawyers Collective, Greenpeace India, The Ford Foundation and Missionary of Charity, often by arbitrarily resorting to section 13 of FCRA.

In September 2020, Amnesty International halted its work in India, accusing the Indian government of running an “incessant witch hunt” campaign over “unfounded and motivated” allegations. The government rejected Amnesty’s allegations and argued that the law of the land cannot be defied with human rights as an excuse. Amnesty India’s bank accounts were frozen by the government, alleging that it received foreign funds by unlawful means. It was partly if not entirely in response to Amnesty’s report on the Delhi Riots of 2020, which held Delhi Police to be complicit in the cruel violence; and the advocacy on human rights abuses in Kashmir.

Aakar Patel, the erstwhile chair of Amnesty India, has elaborated on how the Indian government harassed several organisations in the post-2014 years.

The plight of the organisations can be defined as being potentially non-existent, when their funding is cut and the accounts are frozen, resulting in the total collapse of the organisation, which is the aim of the government in the first place. The long-term goal of the government to control the social narrative, and reduce ideas and opinions flowing in the air gains success.

The 2016 and 2018 retrospective amendments have been challenged (vide W.P. (C) No. 434/2018) before the Supreme Court by ADR, on five main grounds viz., a) misuse of the legislative powers b) breach of the basic structure of Constitution c) attempting to nullify a judgement passed by any court, d) legitimising financial contributions received from foreign sources, e) free flow of illegal, unlimited and anonymous political donations by foreign companies and international lobbyists.

On July 2, 2018, notice was issued and it was tagged with another case filed by ADR already pending since 2015 (WP (C) No. 333/2015), which seeks applicability of the Right to Information Act on political parties.

Notably, the 2016 amendment has already been challenged (WP (C) No. 880/2017), wherein notice was issued on October 3, 2017. The last order in these matters is dated March 26, 2021 (refusing to stay the electoral bond scheme), whereas an order dated April 12, 2019 had directed all political parties who had received donations through electoral bonds to submit the details of the receipts to the Election Commission of India.

The 2020 amendment has been challenged before the Supreme Court in Noel Harper vs. Union of India, on the grounds of it being manifestly arbitrary and violative of Articles 14, 19 and 21 of the Constitution. The government defended the amendment by claiming that there is no fundamental right to receive “unregulated” foreign contributions. The 2020 amendment was found to have the potential to adversely impact the functioning of mid-sized/small organisations. Rights activists/groups criticised this amendment, some terming it to be a tool to silence and punish civil society organisations.

The Supreme Court in Indian Social Action Forum (INSAF) vs. Union of India (2020) ruled that supporting public causes by resorting to legitimate means of dissent would not be enough to curb any organisation’s receipt of foreign contribution. Thus, organisations supporting or involved in activism against the government, can still accept foreign funding.

The government seeks to “control” foreign funding received by NGOs, whereas it allows political parties to receive it with anonymity. On being asked about the 2016 and 2018 amendments, Shivani Kapoor, Legal Program Officer at ADR, said that “these amendments in the FCRA have opened the floodgates to unlimited, unaccounted and anonymous corporate donations to political parties by Indian as well as foreign companies which will have serious repercussions on the Indian democracy, that can pose a serious danger to the autonomy of the country, participatory democracy, and the rule of law.” If these amendments are not set aside, Kapoor remarked, foreign governments, corporate houses, and special interest groups can have a stranglehold of India’s electoral process and governance.

The Prime Minister recently stated that focus on rights has made India weak, as we have forgotten our duties, so the coming years would be dedicated to sacrifice and tapasya. The FCRA and electoral bonds cases may well suggest how these legal instruments could prove to be handy to a government keen on changing this focus, to the detriment of democracy itself.

FCRA is bad in law, as it empowers the government to autocratically cut down foreign funding to organisations, which should be done only if the organisation is actively involved in an “unlawful” activity. Experts view FCRA as a statute that hampers the right to receive foreign funding, a part of the freedom of association. The FCRA framework is overall undemocratic and unconventional, as it puts the government in charge of deciding on its whim which institution will receive funding and which would not. With the continuance of the electoral bonds scheme, the damage to our democratic fabric is nearly complete, unless and until the Supreme Court steps in to mitigate it. (IPA Service)