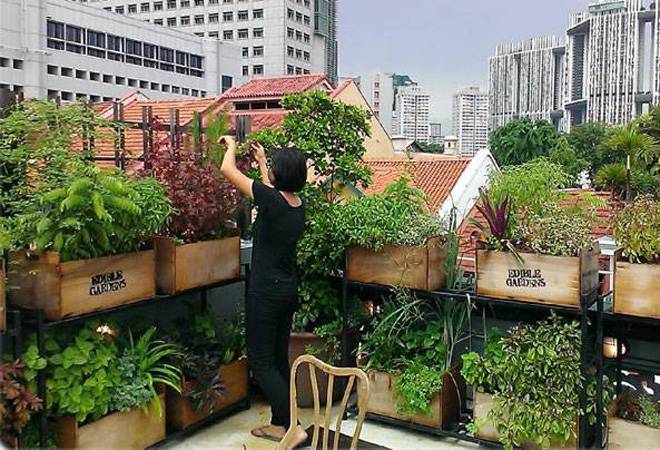 Indian agriculture suffers from the lack of modern thinking and techniques and it reflects in the engagement of a high number of people whose combined productivity is lower than any other industry. Nevertheless, this sector plays an important role in both employment and GDP where its contribution is about 40% and 20% respectively. While the government has launched various schemes both for greater mechanization and modern techniques in farming, the situation doesn’t seem to improve. And, it’s vitally linked to the Indian economy and the employment scenario.

If the farmers don’t get a decent income from their work, their situation will not improve. One of the major reasons why vegetable farmers, for instance, don’t get due prices for their produce is the transportation cost that they have to bear to bring their produce to the market. They seem to get less than 10% of the price at which their vegetables and fruits are sold to the end consumers. As much as 90% of the price is lost to transportation and middlemen. In the last 75 years since independence, India has not been able to find a solution to this problem and the condition of Indian farmers is a testimony to our collective failure on this front.

However, in a big country like India, there is no lack of initiatives. And a very novel concept in this space is vertical farming or vertical gardening. The Kerala government has offered to provide a 75% subsidy to people setting up a vertical farming unit at their homes in a few select districts identified for this purpose. The cost of this vertical farming unit which occupies 1 square meter and has 16 planting pots is about Rs. 24,000. It is equipped with a 25-liter water tank and an integrated irrigation system. The entire set-up can be moved around as it rests on 4 wheels at the bottom.

Another very promising initiative comes from Brihanmumbai Municipal Corporation (BMC) that revealed a plan last week to make it mandatory for apartment buildings on an area of 2,000 square meters or above to have a roof-top garden. It also wants the real estate developers to use vertical gardening methods to barricade their project site while under implementation instead of tin sheets that they use at the moment. BMC with an annual budget of about Rs 40,000-crore is the most cash-rich municipal corporation in India and the island city of Mumbai with a population exceeding 150 million is one of the most congested cities globally. Given the importance of real estate in the financial capital of India, the only thing that one can think about BMC’s latest initiative is the delay it has made in bringing this plan to the table. Now, it must not miss any moment and give the city some alternative when it comes to green spaces.

Why it’s necessary for Mumbai is because its competitor cities, Abu Dhabi, Dubai, and Sharjah (UAE) are doing it.

As per a report last week, UAE is going to set up the world’s biggest vertical farm to boost food production in the country. It will occupy the areas near the Expo 2020 site. The country is planning to achieve self-reliance in matters of food by adopting the latest technologies and innovations. “Our self-sufficiency goals are progressing rapidly and in a way that is both ambitious and achievable,” said Essa Abdul Rahman Al Hashemi, Head of the UAE’s Food and Water Security Office at the Food, Agriculture, and Livelihoods Business Forum at Expo 2020 on Monday. UAE has over 35,000 farms that employ hydroponics and vertical gardening methods. Now, the UAE policymakers view self-sufficiency in food as the top agenda for them given disruption in the global supply network, diminishing water resources, declining biodiversity, and climate change. At the moment, imports meet 90% of its food requirements.

“The first greenhouse was built in the United Arab Emirates in 1968. It proved that food that we previously thought was difficult to cultivate can be grown. From that point forward, the UAE has been firmly committed to controlled environment applications and the technology that goes along with them,” he said.

Adopting vertical farming or vertical gardening in India can bring about a massive change in the way the entire business of agriculture is looked upon and carried out. For example, ordinary people can grow their leafy vegetables on their terrace or rooftop instead of depending on farmers who grow them in their farms hundreds of kilometres away and spend a lot of time and money to bring them to the market where it is sold for prices that leave the farmer wondering if farming is worth it after all.

Another important decision that needs to be taken to sensitize people about the importance of farming and food security is to use open spaces for growing veggies and such stuff instead of decorative plants. While European countries have miles and miles of green and manicured pastures, China has none of it. Rather, it has paddy fields and vegetable gardens in every conceivable spot across the country.

Development is not the ability to buy things with cash earned by exploitation of the poor by keeping them poor. It’s building capacity to save cash for the rainy day.

Turning to vertical and rooftop gardens and converting open spaces into small farms will fill the hearts of our children and elderly with purpose and enthusiasm. At the moment, they seem to be removed from the realities of life.

If India had made basic military training mandatory, do you think 20,000 Indian students caught in the Russia-Ukraine war would have been crying for help? Creating capability is development. And, it should begin at home, terraces, and rooftops. (IPA Service)