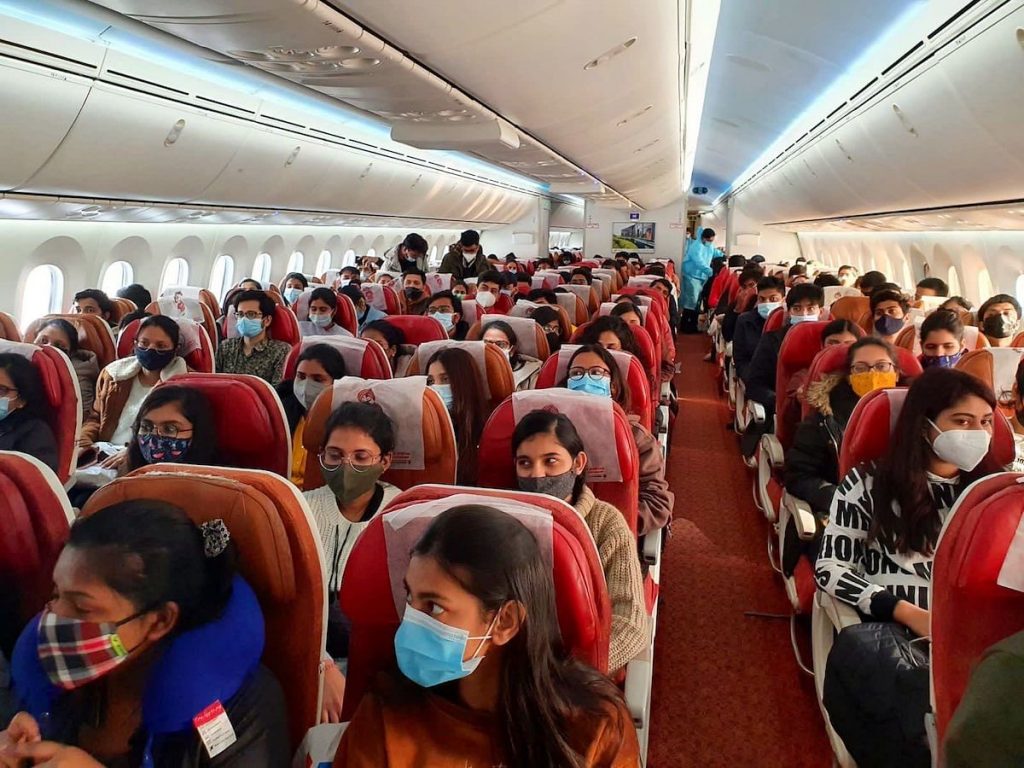 The killing of an Indian Student Naveen Shekharappa in a Russian shelling in Kharkiv in Ukraine recently is a wake-up call to the country’s rampant and unending caste-based and communal-based politics that is ruining the educational system. It is time for the nation as a whole to have a relook at the reservation, which is more of an appeasement of backward communities rather than being genuinely trying for their uplift.

“Caste based reservation is responsible for my son’s death” said the Indian student’s grieving father Shekharappa. “Despite securing 97 per cent marks, my son did not get a (medical) seat (in India) because politicians promote only casts-based reservation. For general caste students, we have to pay crores (of rupees) for their education.”

This is the plight of meritorious students, who cannot get admission in this country but a person with 40-50 per cent marks can get admission under reservation just because he belonged to a backward community. As a result, the standard of engineers and doctors passing out from Indian universities are pathetic. This was corroborated by IT czar N R Narayana Murthy of Infosys in an interview. No one is against reservation policy as people from backward communities needed to be uplifted but unfortunately the reservation policy pursued since independence is totally flawed as it is mainly an appeasement policy to get political mileage rather than helping to uplift the deserving and poor among backward communities, who have been subjugated for generations.

Why should reservation policy be taken advantage of by children of former president K R Narayanan, a dalit, or children and grandchildren of Jagjivan Ram, who are no backward. Politicians use reservation for their vote-bank politics. In fact if there had been a genuine attempt to uplift things would have been different. The fact that even after 70 years of independence the uplift has not happened indicated that the reservation policy has not addressed the issue and is flawed. It might have achieved quantity in education in some states and not quality, which is bane of our education system. Narayana Murthy is justified in saying Indian universities do not kindle their thinking capability.

Captain Amarinder Singh, former Punjab Chief Minister, is correct in pointing out that it is sad people here are talking about dalit chief minister rather than chief minister with merit even after 70 years of independence. Singh was responding to a question if congress leadership has sent a googly by choosing a Dalit as Chief Minister to replace him. There is no caste based politics in Punjab and if one is meritorious, be it dalit, Jat, Sikh or some forward community, he should become Chief Minister but not because he is a dalit or belonged to a particular community or religion, he said.

It is because gates of Indian colleges close at astonishingly high NEET scores and steep fees, Indian students were forced to look at several other options to pursue their dream of becoming doctor. In the case of engineering it is slightly different as there are much more options in the country. Aspiring Indian students go even to neighbouring Nepal, China and Bangladesh, apart from Kazakhstan, Kyrgyzstan, Russia, Ukraine, Azerbaijan, Armenia and Mongolia. The top students go to United States, UK, France and Germany.

Tamil Nadu Chief Minister M K Stalin might have scored a political point by saying that the Karnataka medical student had to go to Ukraine for pursuing medicine because he could not get admission to a medical college in India even after scoring 97 per cent marks in plus 2 because of NEET. Whether one should have NEET or not may be debatable. But it is a fact that admission to medical and engineering colleges is tough in India, particularly in southern states because of nearly 70 per cent of seats being reserved for backwards and dalits. Also most of the medical and engineering colleges are run by politicians and huge capitation fee is charged from general category students, may be by way of donation, making it virtually impossible for middle class and poor meritorious students to pursue higher professional education.

None can dispute this fact. In fact India produced a brilliant Ambedkar, a dalit, when there was no reservation. This is because he had very good teacher, who recognized his talent. So also former President Abdul Kalam, India’s missile man. Kalam himself said in one of his lectures that he became a missile man because his foundation and grounding he got in his school. He named one Subramanian Iyer, who taught him physics in his Rameshwaram school. The flight of birds that he thought was still “etched in my memory” and that made me develop missiles.

It is therefore evident that the quality of teachers and education is more important than reservation. If teachers are recruited on the basis of reservation and bribery, even if they do not deserve to be one, how can the quality of education be good. If teachers themselves do not know the subject what would they teach their students, be it from backward community or otherwise. There is a problem in our educational system and this needed to be fixed. Social reforms are important no doubt and it needed to be pursued but faulty reservation policy served no purpose and that is one of the reasons why the Indian community as whole, particularly the backwards and minorities, have not been uplifted.

If the social reform policies had been genuine and not aimed at vote-bank and appeasement policy, the entire Indian community would have been uplifted socially and economically in over 70 years of independence. Indian politicians at the time of independence had a vision but subsequent generation of politicians only believed in their and their families well-being and not the well-being of the people, particularly the backward. The reservation system is one such policy that has helped politicians and not the backward people, though a few genuine persons might have benefitted. In the process, India has become a nation of mediocre and the meritorious have fled to serve other countries prosper – a brain drain. (IPA Service)