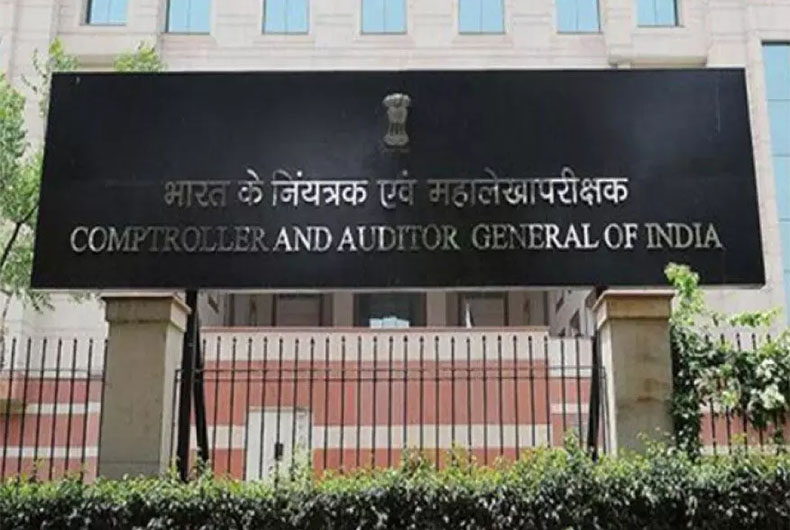 Spectrum (radio waves) is a scarce resource, and almost all of us may have already heard something about 2G, 3G, 4G, and now 5G. Even PM Narendra Modi has been championing for it for quite some time. However, it would be shocking to know that the management of spectrum in India has all along been plagued with adhocism, which made its availability uncertain, delayed, underutilized, and even denial in many cases, though it has been recognized world-over as an important tool for socio-economic development of a nation and it is needed for all wireless applications including mobile phones. Government and public institutions need it to provide public services, while the private organizations need it for value addition to their services.

It is just a mockery to the objective of the National Digital Communication Policy (NDCP) 2018 that says about “developing a transparent, normative, and fair policy for spectrum assignments and allocation” either through auction or administrative allotment. Even Supreme Court of India has delivered a judgment in February 2012 regarding allotment of spectrum for access services. However, “it was seen that there were adhoc arrangement in DoT for opening of application windows for three/six months for allotment/assignment of spectrum administratively for both captive uses as well as for other commercial services on provisional basis. This has not only cause uncertainties of availability of the resource among government users but also delayed spectrum assignments and denial of spectrum in some cases,” the CAG reported.

DoT had also not reviewed pricing of spectrum assigned for captive users administratively, on formulae basis since 2012, though a Committee had recommended for a periodical review of the pricing policy in 2013. There was no differential pricing for spectrum, depending on features and usage of various spectrum bands assigned to Government users, CAG said.

There is a Standing Committee called Standing Advisory Committee on Frequency Allocation in DoT which makes recommendations on simple issues with limited role. However, DoT had not even constituted a Permanent Committee Group to advise them on complex issues related to Spectrum Management including refarming of spectrum, for efficient and optimal utilization.

CAG says that decision making in DoT was plagued with adhocism and absence of any Permanent Mechanism in the Department, constituting all government stake holders to advise them on important issues. There was even no arrangement in place to study technological developments worldwide for suggesting their deployment in India to spectrum users, as mandated by NDCP 2018.

DoT had constituted Seven Working Groups in June 2015 for identifying frequencies for government users. However, only four had submitted their final recommendations between March 2016 and February 2021 though these working groups were required to submit their recommendations within six months. Moreover, DoT had not even taken any final decision on recommendations received so far.

Even spectrum allotted/assigned to government departments in several specific bands was found to be either sub-optimally utilized or not utilized at all for years together. There was a large quantity of idle spectrum.

The spectrum in the band 470-698 MHz was allotted long ago during 1989-2013 to MIB, but use remained sub-optimal due to obsolete technology of Analogue Terrestrial Television (ATT) and non-viability of Digital Terrestrial Television (DTT). DoT had not finalized their decision with regard to the recommendations of the Working Group constituted for 470-520 MHz band and Committee of Secretaries (CoS) on 120 MHz (526-646 MHz) spectrum and hence these bands cannot be made available on pan India basis for IMT (5G) applications.

Railways had been allotted 1.6 MHz paired spectrum since 2003 on pan India basis in commercially important 900 MHz band for its GSM-R based Mobile Train Radio Communications (MTRC) system. However, they could commission MTRC equipment only in 57.90 per cent of routes planned covering nine out of 22 service areas.

Spectrum in 2100 MHz and 2300-2400 MHz frequency bands being IMT bands has huge commercial value. The spectrum in these commercially important bands were lying unutilized/sub-optimally utilized with Government users and DoT needed to be harmonize or vacate the unused spectrum.

Frequency band 2500-2690 MHz identified for IMT applications for both terrestrial and satellite based service, but out of 190 MHz available Spectrum, only 40 MHz had been allotted/assigned for IMT applications and satellites (GSAT 6, 7 and 17) due to interference in the existing operations and lack of coordination between DoT and DoS for proper technology solution for co-existence of both services, leading to sub optimal use of spectrum in this band.

Similarly, Spectrum in 3.3 GHz – 3.6 GHz band had been identified for both terrestrial and satellite-based services, but DoS and DoT had not identified an appropriate technology solution and limitations of use in such a manner that both services can co-exist in these bands.

Automated Spectrum Management System (ASMS) was implemented by DoT in 2005, however, obsolete and poorly maintained equipment/systems lead to ineffective Spectrum Management in WPC (DoT). The National Frequency Register (NFR) was also not updated,  and there was large scale mismatch in the database, regarding spectrum assigned to Government Departments/PSUs/Agencies.

The Wireless Monitoring Organization (WMO) did not have sufficient and updated monitoring equipment or enforcement groups.

The Orbit Spectrum Coordination and Acquisition Wing (OSCA) functioning under ISRO is found to have weakness in the supervision and review mechanism.

Directorate of Coordination, Police Wireless (DCPW) for MHA for police telecommunication has not devised any policy guidelines regarding spectrum and equipment required for meeting all emergency requirements.

POLNET, a nationwide Satellite based Captive Communication Network/Digital Information Highway in C-band is not being utilised optimally as it was not yet fully commissioned due to some shortcomings in the Hub.

ONGC could not commission its planned networks due to poor contract management and surrendered the allotted spectrum in 3.3-3.4 GHz and 7 GHz bands respectively in December 2019 and November 2020.

Frequency spots assigned to Airports Authority of India remained unutlised for years together at various Airports owing to delayed procurement of equipment/non completion of projects in time. (IPA Service)

RBI Should Insulate India From Global Fluctuations As It Did In 2008
Posting....