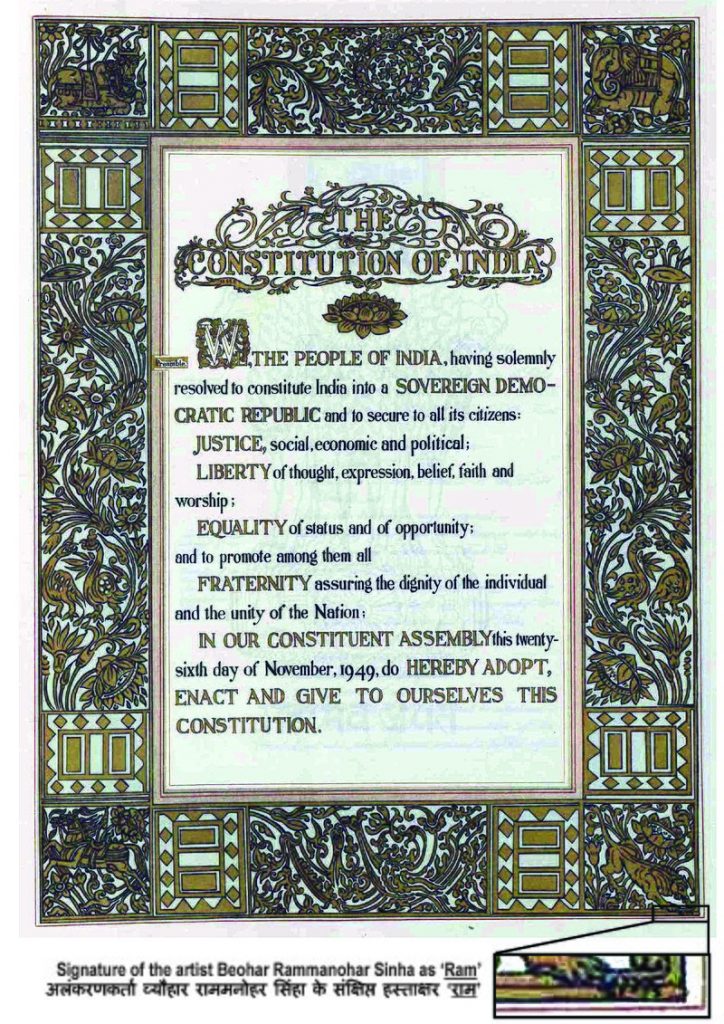 We are passing through a phase where present stands on a distorted historicity, with shifts, and leaves the world as it never has been, or at least efforts are made in that direction.  When Faiz Ahmad Faiz is removed from the course of the tenth standard, an attempt is made to omit an entire glorious chapter from our history. When the entire medieval period stands bulldozed, the shining days of our past retreat in the depths of darkness. Even Mughal emperor Akbar has been dropped from the curriculum. Akbar’s Din-i Ilahi, a new faith, was introduced in which the basic positive ingredients of all the popular religions were incorporated. It was a way to find unity in multiplicity.

Following this faith he had invited the prominent personalities to contribute and enrich the faith. He never believed that there could be any conflict among the religions. Akbar had promoted building temples and churches too along with mosques. The purpose of the initiative was to create harmony in the society. Akbar had also accepted that no religion is complete on its own and for this he had to face many attacks. In fact he wanted to create an image of a ruler who is one with all the varied believers. The baptism in this religion did not ask for conversion. They could have their own Islamic or Christian or Hindu faith, at the same time they could follow Din-i Ilahi. It was perhaps the first blossoming of secularism taking away the sharp edges of mutual hatred.

It was in 1582, when the faith was introduced, but was later swallowed up when the colonisers entered. These future rulers believed in a divided society and in keeping the flame of conflict alive.  It was in this phase that India emerged as a nation, with its multiplicity in unity, and the defiance against the colonisation started taking shape as the first war of independence.  The liberation remained a distant concept but country with its dream of self rule kept its struggle alive for more than a hundred years, when colonialists were defeated, and a Constitution was adopted for building up a democratic system. It was for the first time in history that the entire masses stood up to defeat  the forces that challenged the country’s multiplicity and kept it under shackles, which was possible only if the unity was fragmented and each of the pieces were to be antagonistic to the other. The challenge came not only from external forces, support had come from within too, and they represented the Right.

Today it is the same Right, and the challenges are also the same. They have to erase the past, because that is the only way to keep its identity intact. They have to sell off almost the entire public sector built on people’s taxes, to the monopolies. They keep employment at the level of 40 percent, without any accountability towards the rest of sixty percent unemployed. Agrarian sector is destroyed in stages. Education with courses remains a sham, as is the health system. Industrial banks and monopolies have joined hands. Progress remains an illusion.

The theoretical explanation given is built on “historical deafness”.  In fact, the history is one of the first victims. It is a superficiality of its own kind India is made to undergo. The Right has slowly started shedding its sheen and, with it, apprehensions have been mounting. One remembers the painting of Andy Warhol, named “Diamond dust shoes”, that conveys dreams, repressed, but bright, with a knowledge of this unattainable beauty being beyond limits. Discontent is the only reality, with self, with others, and finally with a morbid bitterness. One has to look for the source from where in every age strength has kept flowing to defy and struggle. More often, it could end in victory, but possibility of defeat too cannot be denied, starting from Spartacus, the gladiator, who fought against a brute force. End was a lesson, each one getting crucified. Lesson was about knowing the stage, of history and of the socio economic context, its maturity. (IPA Service)