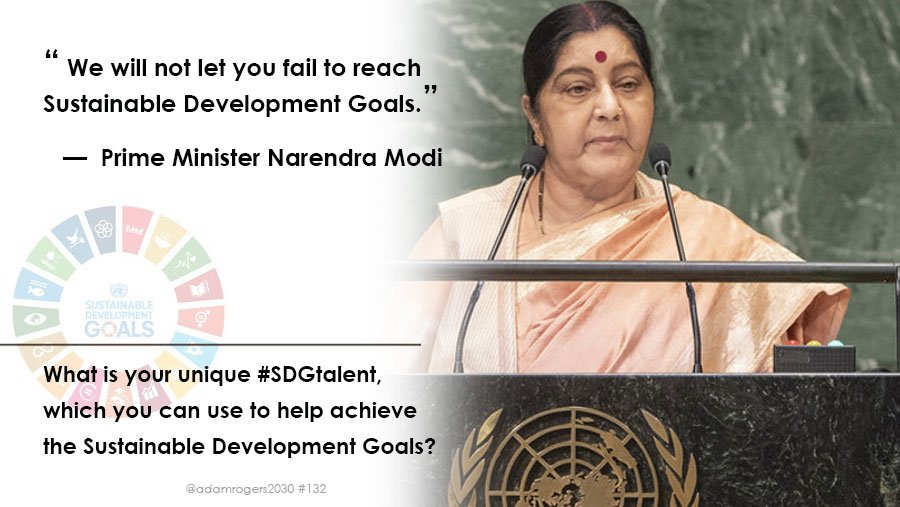 Narendra Modi government has just completed 8 years in power that PM Narendra Modi has referred to as the years of great achievements. While inaugurating the iconic week (June 6-11) celebrations of the Ministry of Finance and Ministry of Corporate affairs on June 6, he even said, “A large part of the world expects India to solve problems. This is possible because in the last 8 years we have trusted the wisdom of the common Indian.” However, the SDG data shows his claims are misleading, and India actually lost 8 precious years and went out of track in achieving SDG targets even in the next 8 year by 2030.

India’s SDG preparedness ranking continues to decline, and its rank in the global Sustainable Development Report, 2022 released recently, slipped for the third consecutive year. Country’s preparedness in achieving the UN mandated SDGs by 2030 has worsened over the years in comparison with other countries.

The UN report finds that India faces major challenges in 11 and significant challenges in 3 out of the 17 SDG goals. Challenges remains in one of the goals while only in two goal SDGs have somewhat been achieved. The country scored only 60.3 which is even below the regional average 65.9 for East and South Asia. The country ranked 121 out of 163 countries, a fall of one rank from 120th of 2021, and 4 ranks from 117th in 2020. Statistical performance index of India is only 70.4, and missing data in SDG index is about 1 per cent. The report was published by a group of independent experts at the Sustainable Development Solution Network (SDSN).

Even in respect of the two SDG targets SDG-12 (Responsible Consumption and Production) and SDG-13 (Climate Action) for which the report has portrayed somewhat better picture, other reports does not support it. Take example of SDG-13, about which the Centre for Science and Environment (CSE) report which is based on the Centre’s own NITI Aayog’s index on SDG, says that India’s performance on climate action has slipped from 2019-20. In 2020, the country’s overall national score on SDG-13 was 54 (out of 100) – a significant dip from 60 in 2019.

Significant challenges remains in SDG-1 (No Poverty), SDG-7 (Affordable and Clean Energy), and SDG-10 (Reduced Inequalities). While the report finds SDG-1 and SDG-7 moderately improving, there information is unavailable regarding inequalities, which has been worsening after the pandemic and is mentioned in several other reports.

Poverty headcount ratio at $1.90 a day is moderately improving and it stands at 5.9 per cent but at $3.20 it is 35.7 per cent which remains a major challenge. Prevalence of undernourishment (15.5 per cent), Prevalence of stunting in children under 5 years of age (34.7 per cent), Prevalence of wasting in children under 5 years of age (17.3 per cent) are also indicating the challenge ahead and the years we have lost in successfully tackling the situation. Major challenges also remain in maternal mortality rate per 100,000 live births which is still at 145, neonatal mortality rate per 1000 live births at 20.3, Incidence of tuberculosis (per 100,000 population) 188, Age-standardized death rate attributable to household air pollution and ambient air pollution (per 100,000 population) 184, Births attended by skilled health personnel (%) 81.4 , and Subjective well-being (average ladder score, worst 0–10 best) 3.6.

Performance of the Centre is also very bad regarding industry, innovation and infrastructure, that is covered under SDG9. Major challenges remains in Population using the internet (%) 43 and Expenditure on research and development (% of GDP) 0.7.

As per the report, Indian cities are not even sustainable and major challenges remains in the areas like Proportion of urban population living in slums (%) 34.8, Annual mean concentration of particulate matter of less than 2.5 microns in diameter (PM2.5) (μg/m³) 90.6, and Access to improved water source, piped (% of urban population) 65.9. (IPA Service)