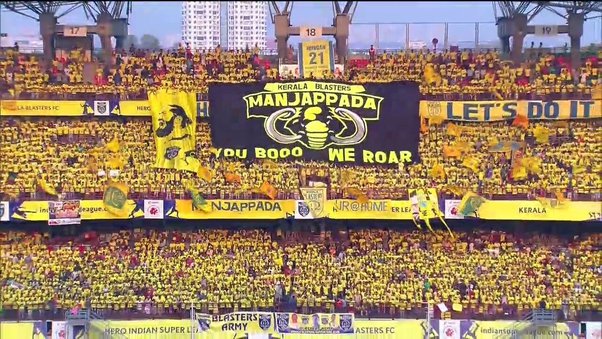 Soon, Indians will be watching the gypsy nation drowning in sorrow when it dawns on them that Indians have beaten them for being gypsies! Yup, Indians are global nomads, the multi-flavours of the planet, present under every stone, from the Arctic to the Antarctica—Vasudeva Kutumbakam!

The world is one family, but it are the Indians, loud and vociferous, who are equally at ease in the saltiest of environment as in the heat of the moment, from here to sandy Doha, where Indians are not only beating drums, but also chests—both pigeon and 56”. The other night Indian drums boomed for Lionel Messi as he arrived at the Argentinian World Cup team’s base in Qatar.

No Indian will kick a ball in Qatar, but Indians in their sweaty numbers would drop everything at home and office to welcome the planet’s top soccer playing nations’ World Cup teams to the natural-gas rich nation, where Indian expats outnumber the native Qatari by perhaps one-to-11, a full football team!  Or, is it part of the Indian expat’s job profile, to help Qatar make Qatar 2022 a grand success.

Perhaps, it is kowtowing to a diktat from the Emir—obey or perish in the heat of the moment. Yes, it is striking to see Argentina’s “diehard fans” outnumbered by Indians who had been waiting for hours. The distinct Indian drummers, and the Indian beat dancers couldn’t all be Messi fans. Earlier, on Tuesday, the same Indians were beating drums and dancing for Harry Kane’s Englishmen. This amount of dedication to Qatar’s World Cup spoke of a striking degree of organization, and management.

Bet the so-called “Indian fans” of this and that World Cup soccer nation would be leading Qatar’s efforts to make Qatar 2022 a “different experience for players and visiting fans” alike. If Qatar’s emir bans Indian merchandise from Doha’s hypermarkets after this, it wouldn’t be because Indians did not try with Indian drum-beats and Indians dancing in step to Qatar’s World Cup demands.

And there’s no time of the day, and night which is a dampener to the Indian-fans—marshalled in the dead of the night, like soldiers ordered to fall in line for the long haul ahead. The so-called Indian admirers of Lionel and Kane’s game waited till the wee hours without a wink of sleep to give their World Cup heroes their moment under the Qatari moon. The least that Qatar and Qatari should do is say a heartfelt ‘Shukran’.

Argentina is one of the favourites going into the World Cup, and Lionel Messi was fresh from a friendly warm-up in Abu Dhabi with the UAE in which he scored his 91st international goal, with Argentina beating the UAE 5-0, when he arrived to his Indian welcome. It will be “Leo’s” last World Cup and he will remember the Indian drumbeats, and the Indians dancing to his every swerve and curving ball more than he’ll remember scoring goals from the far corner.

Indians are the world’s most welcoming people and even if it’s seen by lots of other people as servility, it’s just Indians being Indians! So what if India doesn’t have a team of her own at Qatar 2022, India’s contribution to the World Cup cannot be measured in corners and throws, and goals mayhem. Indians have given sweat and blood to Qatar 2022. Reports of Indian construction workers losing lives erecting World Cup venues haven’t all been confirmed, but that’s neither here nor there. For the Government of India, “they” know better, when to keep quiet, and when to keep quieter!

Not long ago, Qatar made India cringe in its corner across the Arabian Sea when India-made goods and India-generated food products were made to line up on Qatari sidewalks because of a perceived slight to the Islamic world. Let’s be clear, Russia’s Putin and China’s Xi get their kowtows because the two are regarded “tough” as doornails, India’s “Vishwaguru” is felicitated because he’s the world’s most welcoming doorbell!

That being said, not everybody non-Indian fan is appreciative. For the non-Indians in the “fan base”, Indians are making too much noise. The ‘Ubiquitous Indian’ is a Qatar 2022 headline. ‘Noisy Indian’ will be another Qatar 2022 headline. India doesn’t have a jersey in the fray but thousands of Indians are part of Qatar 2022, sporting jerseys of the world’s top footballing nations—Vasudeva Kutumbakam. (IPA Service)

BJP Is Going All Out To Win Mainpuri Lok Sabha Seat With An Eye On 2024 Elections
Posting....