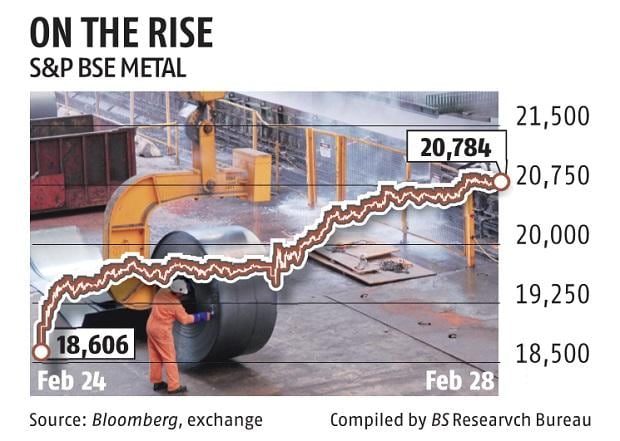 India is now at the cusp of getting back to high economic growth with positive signs witnessed in overall revival of the economy after two years of difficult covid times.  One important and critical factor in evolving the economic strategy is to ensure that India’s foreign trade grows leaps and bounds. Basically trade is the X-factor in ensuring India sustained the high growth path for at least a decade or so. For this many macro economists have advocated the need to push free trade agreements, both bilateral and regional. The economists include former Vice Chairman of NITI Aayog Arvind Panagariya and Chief Economic Advisor Arvind Subramanian. The response from the Indian government had been lukewarm to this proposal in the past few years. But now with India’s exports looking up after being stagnant in  last few year, there appears to be a  growing realization that protectionism even for geo-political considerations did no good to the economy.

With India’s two way trade of goods and services going beyond $ one trillion in 2021-22, India’s commerce and textiles minister Piyush Goyal has raised the hopes of more free trade agreements fructifying in the near future. Goyal said at the recent India International garment fair in Noida that India is now moving ahead in signing Free Trade agreements with Canada, European Union, United Kingdom and Australia. He was confident of FTA with United Kingdom being signed by Deepavali this year. He also said even GCC, Israel along with Eurasia and Brazil have shown interest in forging FTA with India.

This is certainly a welcome development considering the fact that India’s FTA negotiations with EU have been protracted and has been going on for nearly a decade. Now India and EU have committed to conclude the trade deal by 2024. Earlier this year, India signed a trade deal with UAE and is in the process of negotiations with Russia and South African Customs Union. The FTA with Australia is now virtually done deal.  With Russia, it may take some time in view of Russia-Ukraine war. With ASEAN though India has a Free trade agreement, there are some thorny issues that is coming in the way of smooth functioning of FTA.

India wants some of the non-tariff barriers to be removed particularly on farm and automotive trade.  But the trade with ASEAN has been growing with Singapore becoming inward and outward hub for foreign investments. The differences with ASEAN is one of the reasons for India walking away from China led Regional comprehensive economic partnership agreement in November 2019.  Of course, the main reason was geo-political considerations after the New Delhi’s stand-off with Beijing due to the border clashes in Ladakh. Lately some trade pact in the Indo-pacific region has been worked upon.

Though India is not part of any trading bloc so far, there is one regional trade agreement in South Asia which has remained a non-starter mainly because of Pakistan. But bilateral free trade agreements with Sri Lanka, Bangladesh and Nepal are working reasonably well. But Nepal and Sri Lanka have been lately going through a major economic crisis.

But more importantly India needed to chalk out strategies to push sectoral exports particularly agricultural products, which had potential touch $100 billion exports annually in the near term from the present $45 billion annually. With global food crisis looming large with the surging inflation and Ukraine-Russia conflict, there is every possibility of India cashing-in the short-term as well. India has the potential to become a food bowl of the world. India is among the largest producers of food grains, vegetables, fruits, dairy products, besides a few other crops. Food processing industry is increasingly becoming an export oriented industry in the country.

India is yet to meet the domestic demand of oilseeds and pulses where it needed some tweaking of production.  Though India is among the top producers of some of the food crops, it still needed catching up to do in improving productivity and reducing underemployment in the farm sector, which is also pulling down productivity to some extent. There are already efforts to make the Indian agriculture smart through reforms of the laws and going high tech through use of drones. Water management and improving fertility of land are two major areas where some nation-wide efforts were on.

India is strong in exports of software, auto and auto ancillaries, engineering goods, gems and jewellery, textiles and handicrafts. But there is a huge potential in these areas particularly in manmade garments, electronics and mobile phones where things have started looking up after the PLI schemes introduced last year. There is still a long way to go in these areas. Though India is a major exporter of semi-conductor designs it is weak in its manufacturing and now attempts are being made to get into this area as well.

With exports of goods and services looking up India can become a major economic powerhouse if this potential is harnessed wisely through right policy and tactical business moves. This opportunity has come at a time when China is slowing down. The signs are already there but the key is to conclude free trade agreements and phased reduction of tariff barriers.  Government is on track at the moment to push this positive agenda. (IPA Service)

All eyes on Uddhav Thackeray’s next move
Posting....