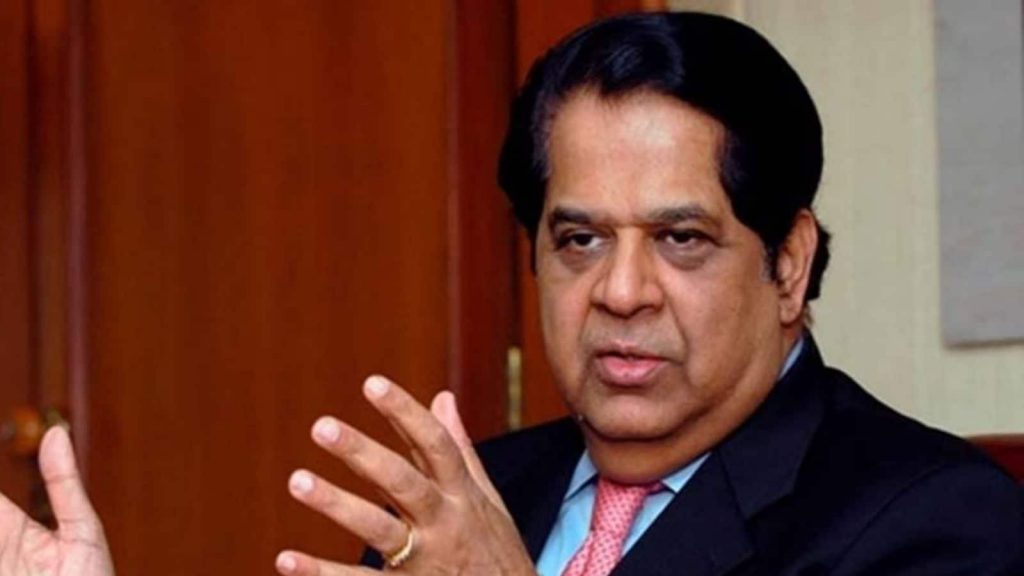 As India celebrates its 75th year of independence this year, several roadmaps are being laid for it to become a developed economy in the next 25 years when India would celebrate its 100th year of independence in 2047. Some of us might not be alive to witness it but ever optimist Veteran banker K V Kamath, who is chairman of National Bank for Financing Infrastructure, said recently that he expects India to be a $25 trillion economy in 25 years. Presently India is around $3.7 trillion economy and recently overtook Britain, India’s colonial masters, to become a fifth largest economy in the World. But India is far behind topmost economic power United States, which is now a $26 trillion economy followed by China a $21 trillion economy.

India might have come a long way since independence in 1947 from an impoverished to a vibrant economy and is now among the fastest growing economies in the world.  But it is still a long way to go to become a developed economy. Kamath feels a 7-8 per cent growth if achieved on a sustained basis, India would double its GDP every nine years and a 10-11 per cent growth annually will make India the third largest economy in the next nine years.

All these statistics are fine but the fact is India is far behind the target of $5 trillion economy by 2023-24 set by Prime Minister Narendra Modi. India’s commerce Minister Piyush Goyal is talking of preparing a five-year road map through a new trade policy to aim $ 1 trillion goods exports and additional $1 trillion services exports by 2027-28. In reality, India is yet to achieve $500 billion goods exports originally planned to be achieved by 2015-16 by the previous UPA government.

Nevertheless Kamath’s optimism arises from the fact that Covid had helped in cleaning up Corporate balance sheets as well as that of Indian banks. Corporates have now become more frugal and thereby more efficient. The Indian banks NPAs situation too has steadily improved. The overall liquidity and lending capacity too is better. But monetary tightening due to inflationary pressure might pose some short-term problems and these are not insurmountable. Digitalisation and India’s efforts to get into hardware manufacturing besides rollout of 5G technology in telecom offered great prospects for the country to leapfrog in economic development.

Infrastructure is still a problem. Corruption, delays in getting clearances and other logistics and political impediments makes the improvement in ease of doing business a big joke. Many foreign companies still do not consider India to be an investment friendly destination. However the slowing down of Chinese economy, geopolitical situation and increasing labour costs in China makes India an exciting option with its large market and large pool of trained and skilled manpower with majority of 1.4 billion population being youth below the age of 35 years.

Situation is just ripe for India to take off rapidly. India is also a vibrant democracy with a sizeable English speaking population and it also has by and large stable laws with attractive taxation system and a competent judiciary. These are all big positives but the flip side: democracy is also a slow process of polity and many multinationals prefer authoritarian regime as there is a sort of single window and quick clearance despite manifold risks.

On balance though there are some difficulties, India’s time has at last come for it to march ahead with all cylinders firing and prospects seem to be exciting for agriculture, Industry and services sectors to just boom from now on. There is of course recession in some of the advanced economies, China is slowing down rapidly, commodity prices particularly oil are still high. There is global inflationary pressure and global trade is slowing down. These are challenges but it is also an opportunity for India. India’s investments as percentage of GDP is rising and slowly getting back to 35 per cent mark. This meant animal spirits among corporates are getting unleashed.

FDI inflow is likely to cross $100 billion for the first time this year. Private investments are looking up with excess capacity vanishing. Global recession may in a way be helpful as it may give that much time to build capacity and fix infrastructure problems. With the twin balance sheet problem behind us that is the balance sheet problem in Indian companies as well as Indian banks, things have started looking up. The two years of covid had in a way helped the corporates and the banks to deal with bad loans problem to a considerable extent. These are welcome developments along with several global companies exploring to have a second manufacturing hub to ward off supply disruptions.

More than anything else, digitalization and India’s prowess in software and hardware designs and R&D, make the coming years very exciting and the prospects look unstoppable for India. Here it is important, the Government, corporates and bureaucracy act in unison to ensure that this time around India does not miss the bus.  Though there are certain fixing required, Kamath may not be way off the mark. Indian economy is poised for a takeoff. (IPA Service)