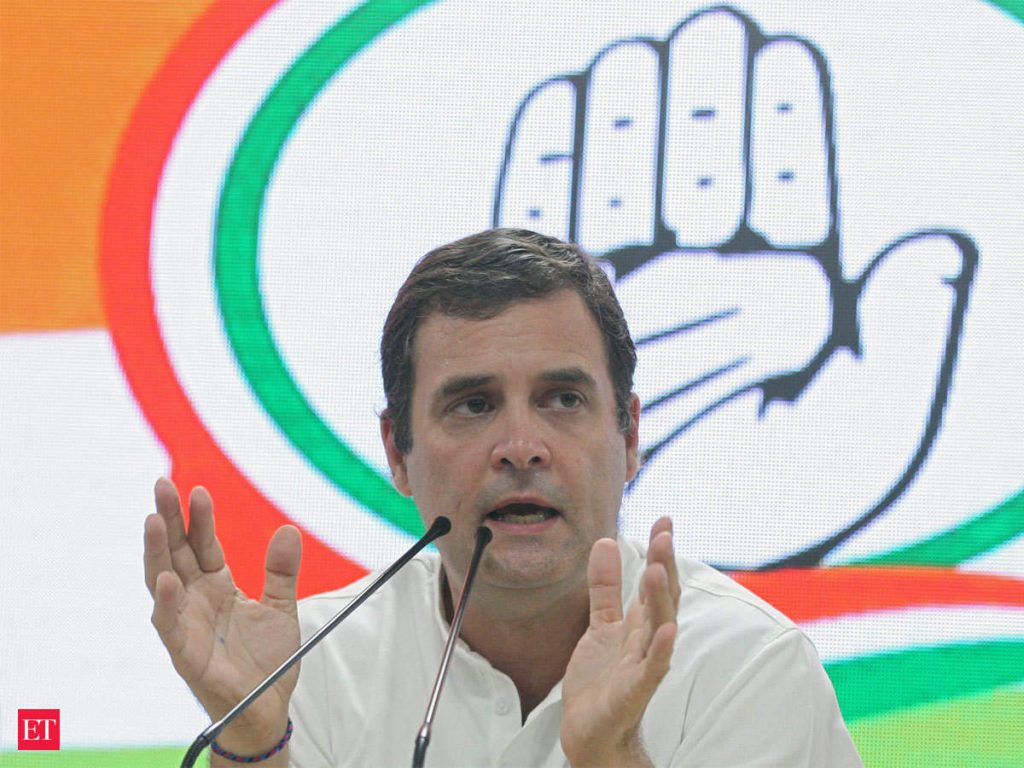 The Congress has already initiated creating the ground for the assembly elections to be held in Rajasthan next year. Along with this, preparations are also being made to hold organisational elections in the party to pick the new president. During the Congress Working Committee (CWC) meeting held on March 14, party leaders demanded that Rahul Gandhi should take over the post of Congress President once again. But the big question still remains whether Rahul Gandhi himself is keen to come back as the party president, or not. Is he or is he not interested in leading the Congress? According to the party sources, leaders who are considered close to him have told other party leaders privately that Rahul has finally relented and agreed to return as the Congress President, but through a proper election which will be held in the month of August-September to elect a new party chief.

Both the current and former Chief Ministers of Bihar — Nitish Kumar and Lalu Prasad Yadav — have always displayed their love and affection for cows. Now the Minister of State for Home Affairs, BJP leader Nityanand Rai has chosen to tread the beaten path. Clad in a lungi, he carried and pulled a pail and sat down to milk a cow at his farmhouse in Vaishali district of Bihar in the presence of several media persons. Spectators realised that Rai tried to project himself as a leader of the Yadavs and his party’s potential chief ministerial face. The BJP is currently the largest party in Bihar and believes that sooner or later it will head the government. While Rai does not want to miss any opportunity of becoming CM and is leaving no stone unturned in seeking the same, on the other hand, Union minister Dharmendra Pradhan’s Patna visit on May 5 for an hour-long meeting with CM Nitish is being seen as the BJP leadership’s eager effort to assure Nitish of the BJP’s unrelenting and unequivocal support to his current tenure in Bihar. Pradhan’s visit is also seen as the BJP’s aim of persuading the Bihar CM to back the NDA candidate for presidential elections. Pradhan’s visit quells some of the speculation rife in Patna that Nitish could be made to accept a plum position at the Centre, paving the way for a BJP leader to head the coalition government in Bihar. The Union minister is quickly becoming the BJP point-person for the JD(U), because of his excellent bond  with Bihar CM Nitish Kumar.

The BJP is a divided house in Karnataka ahead of the 2023 assembly elections. Karnataka Chief Minister Basavaraj Bommai met Union Home Minister Amit Shah on Wednesday, 11 May, and made an announcement about the Cabinet expansion which would be done over the next few days. The Chief Minister said that he had been given an assurance by Shah that he would discuss with the party President JP Nadda and take desired decisions on Cabinet expansion. Sources in the BJP said that the meeting was held to finalise the list of candidates and to take a call on crucial pending issues such as according Cabinet berth to the former Chief Minister BS Yediyurappa’s son BY Vijayendra, among others. However, the party is still wary of the influence of BS Yeddiyurappa, the Lingayat strongman who mounts tremendous clout over the community. The dilemma for the BJP is whether to remove Bommai and concede that he is a failure, or keep him and displease other Lingayat leaders including Yeddiyurappa.

Ahead of Himachal Pradesh assembly elections, the ruling BJP and the opposition Congress are busy showcasing respective strengths in order to attain widespread support. Both parties are busy organising the political rallies and roadshows to the same end. Himachal Pradesh is often said to have the trend of changing governments every five years. The Congress and BJP have alternated ruling the state since 1985. The Congress has tried to take initiative by changing its state unit president and constituting the campaign committee for the assembly election. The Congress has appointed the Mandi MP Pratibha Singh as a state unit president, who happens to be the widow of the late Virbhadra Singh, a six-time chief minister who passed away in July 2021. Evidently, the Congress is trying to cash in on Virbhadra Singh’s legacy. The party has also appointed Sukhwinder Singh Sukhu as the chairman of election campaign committee and Mukesh Agnihotri as the Congress legislative party leader in the state.

CM Nitish Kumar’s presence at an Iftaar party hosted by Rashtriya Janata Dal (RJD) leader Tejashwi Yadav on 22 April, that too just a day before he moved out of the 1 Aney Marg House, has added to the speculation that both the parties may be warming up to the idea of coming together to form the government. Now, the leader of opposition in Bihar assembly, Tejashwi Yadav, on Wednesday said he has full faith in Chief Minister Nitish Kumar over the issue of caste census. “The chief minister has given me assurance that he would soon call an all-party meeting to discuss the modalities of conducting this exercise in the state. I have full faith in the words of CM Nitish Kumar. Since he has given us the assurance, we must wait for some time,” Yadav said. “The chief minister told me that he is also in favour of conducting the caste-based census in the state,” Yadav added. Kumar had last year led an all-party delegation, of which Yadav was also a part, to meet Prime Minister Narendra Modi to press the demand for a census of all castes. Upon the Centre’s refusal, he had indicated that he was ready to conduct a state-specific survey after convening an all-party meeting. (IPA Service)

Confusion Over The Exact Role Of Mayawati After Assembly Polls Remains
Posting....