Independent Journalism In Peril, Right To Information At Risk 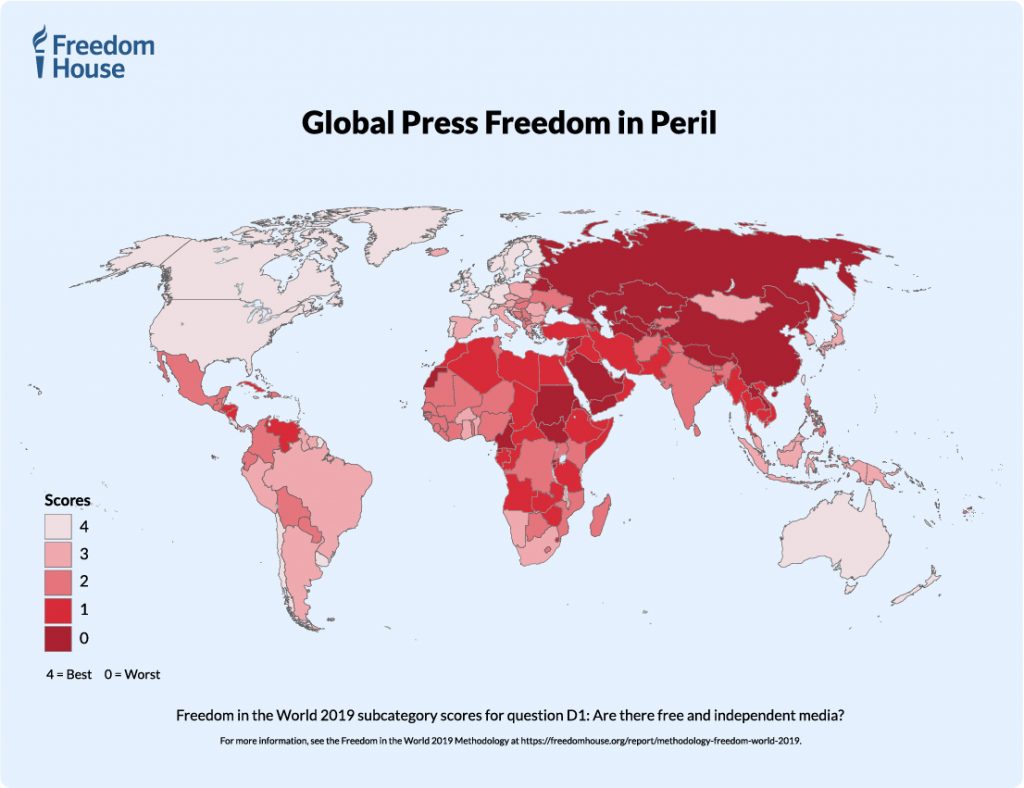 Independent journalism – the kind that favours public interest over political, commercial, or factional agenda – is in peril, due to erosion of business models, increasing crackdowns on press freedom, and ongoing threats against the safety of journalists. The coming decade, therefore, will be decisive for the survival of a democratic public sphere.

But journalism’s survival cannot be taken for granted, even in countries with a long tradition of respecting press, UNESCO’s new World Trends in Freedom of Expression and Media Development: Global report 2021/22 has said. The existential threat to news media requires proactive efforts to support journalism as public good. New policies and measures are urgently needed – including public financing for trusted news outlets, enhanced support for public service media, and redoubling of donor aid and philanthropic investments in news production – to insure that journalism can continue to function as a public good. It is urgent because approximately 85 per cent of the world’s population experienced a decline in press freedom in their country. Measures responding to the COVID-19 were also frequently used to justify violations of press freedom it says.

In the past five years, the report has highlighted, both news audience and advertising revenue have moved in huge numbers, from 35 per cent in 2016 to 54 per cent in 2021, to internet platforms, with only two companies – Google and Meta (formerly known as Facebook) – soaking up half of all global digital advertising spend. The report has indicated the threat to “freedom of the press” because news outlets often struggle to get clicks from readers that determine advertising revenue, and many find themselves “squeezed out” by the proliferation of new voices in the online space and algorithms of digital intermediaries. In the digital ecosystem, the large internet companies have thus turned into the “new gatekeepers”.  Social media users have nearly doubled from 2.3 billion in 2016 to 4.2 billion in 2021 accessing more contents and voices – but not necessarily with the distinctive added value of journalistic content.

The pandemic since the beginning of 2020 has exacerbated the decline of advertising revenue, job losses, and newsroom closures. During this period false content even relating to the pandemic spread rapidly in social media, while journalistic job cuts crated a ‘significant vacuum’ in the information landscape, particularly in low and middle-income countries. For example in September 2020, over one million posts circulated on Twitter with inaccurate, unreliable, or misleading information. A survey has found at least two-thirds of the journalists feeling less secure in their jobs due to economic pressures on news media organisations.

Not only this, journalists are being targeted and attacked. From 2016 to the end of 2021, a total 455 journalists were killed around the world, who were either targeted as a result of their work, or while on the job. Almost 9 out of 10 killings remain unresolved, and the attackers have general impunity. There have also been increasing threats to the safety of journalists not only from government and criminal groups but also from private lobbies and from some members of the public who feel increasingly emboldened to launce slurs and attacks online.

Attacks against journalists covering protests, demonstrations and riots are “worryingly common” while imprisonment of journalists has reached record highs. In many countries, laws do not protect journalists against these threats and in some they actually increase the risk. The report says that 44 countries during the last five years have adopted or amended new laws that contain vague language or threaten disproportionate punishments for actions like spreading so-called fake news, alleged rumours, or “cyber-libel”, leading to self-censorship. Defamation is still a criminal offence in 160 countries, rather than a civil matter, which can be used as grounds for arrest or detention, effectively muzzling journalists, UNESCO has warned. The report also cites the data from the Committee to Protect Journalists showing that 293 journalists were imprisoned in 2021, the highest yearly total in 30 years.

Even new laws and policies restrict freedom of expression online. Dozens of such laws have been adopted in the last five years threatening online freedom of expression. Additionally, government requests for content removal on major internet platforms have doubled during this period.

The global community must act swiftly to protect and promote press freedom and public access to free, independent, and pluralistic news media, UNESCO has emphasized, while urging governments to take policy-driven action in three key areas to protect independent media and journalists’ safety which includes supporting the economic viability of independent news media while respecting the professional autonomy of journalists; developing media and information literacy to teach citizens the difference between reliable, and verified information and unverified information; and enacting or reforming media law to support freely available and pluralistic news production in line with international standards on Freedom of Expression, notably Article 19 of the International Covenant on Civil and Political Rights. (IPA Service)