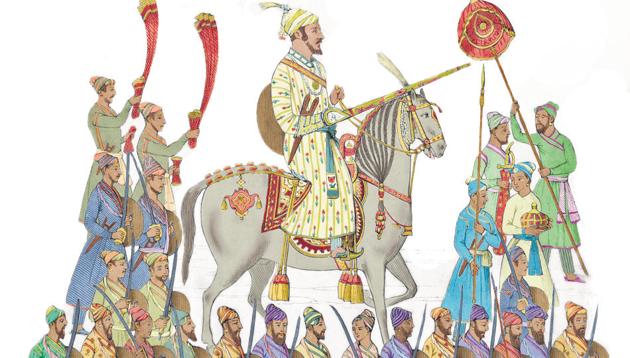 The continuing crisis in Maharashtra shows a clear dichotomy between the political class and the people. The rank and file of the Shiv Sena pivots on personality cult rather than on an ideological appeal. Here is a lively demonstration that rising numbers could not stand in front of a single picture

The bits and pieces of the founder’s memory are appearing to do the trick and Shiv Sainiks are running amok and buffering the wizened CM. Obviously, the heir to Balasaheb has far less political skill than the seasoned politician that Eknath Shinde is.

Shinde is a professional politician as those who are flocking around him. They are placing their appeal on the basis of the Hindutva ideology of Shiv Sena founder, Balasaheb Thackeray. They are claiming that BJP is their natural ally and was so for twenty-five years.

For the people at large, they are attached to the cult of Balasaheb. Here is a land where the face and personality of the founder is supreme over the ideology he had proclaimed. For them, Shiv Sena continues around Matoshree and the founder’s memories.

It is clear that the majority of the elected members of the state legislature —the MLAs— are disillusioned with the Shiv Sena supremo, Uddhav Thackeray. Looks as if more than two-thirds of them are aligning with the rebel leader Eknath Shinde.

Uddhav lacks the political skills and manoeuvrability of the seasoned politician. Obviously, he is no match to the wily old Sharad Pawar. After all, in his lifetime, he had tried to fight the elusive power of the founders of Congress Party. Pawar in his younger days was one of the challengers to the authority and imprimatur of the Gandhi-Nehru family. He had also flown the flag of a rebel and aspired to take over the mantle of supreme power within the party from the Gandhis.

That cost him his place in Congress and he had to move out of the party to maintain his political existence. The capers in Maharashtra politics raises the age-old question if dynasty inescapable in Indian politics. Is it also a bastion of inheritance, rather than the fertile ground of competitive excellence?

Look at any of the other parties. These are still dominated by the sons of their fathers. Congress has to have the Gandhi-Nehrus and the big time leaders from the provinces and national ones have to bow before them. Orissa has to be ruled by Biju Patnaik’s son, Laluji’s son had to don the mantle forcibly vacated by his accused father, Ajit Singh alone could be the Jat leader after his father. M.K. Stalin could alone he the chief minister after Karunanidhi. And, Abhishek could be the heir presumptive after Mamata.

How else, despite his obvious political incompetence and lack of judgment, people as such are still with the beleaguered party chief, Uddhav Thackeray. Is it so, for the sole fact that Uddhav is the son of the founder of the party. The loyalty of the Shiv Sainiks is to the founder Balasaheb Thackeray, rather than to the professed hardcore Hindutva of Balasaheb as claimed by operatives of today.

The disconnect between the leaders and the ordinary workers is clear from the fact that despite their numbers the rebel MLAs are scared to come back to the state. More of them joined Shinde in Guwahati If they were not with the rebel, none of them need to have gone to Assam on their own. The common grouse among the rebels is that Uddhav is far removed from them and almost unapproachable. In their hour of need, it was Eknath who had come to their rescue.

In these contradictions of the present day, one can hear the resonances and echoes of seventeenth century India. Shivaji pitched himself as the Hindu king fighting the Mogul Emperor Aurangzeb. As long as Shivaji was alive, he was relentlessly fighting against what he had perceived as the Islamic invaders. Despite deprivations and dangers of fighting the then mightiest force in the world, Shivaji could rely round the fighters and small time rulers in western India.

On his death, his son, Shamvuji, sought to carry on the same fight against the Moguls. He had appealed to the Rajput princes and kings to rally round he cause of establishing a Hindu India together. However, none of the Rajputs joined Shamvuji in his battles against Aurangzeb, despite that ideological appeal of Shinvaji’s son for a Hindu pan-Indian state. He had even offered to work under any of the Rajput princes if they so desired as a unified force.  In the end, he was defeated. Is there any lesson from it? (IPA Service)

Akhilesh Failed To Give Proper Leadership In Campaign For Bypolls
Posting....