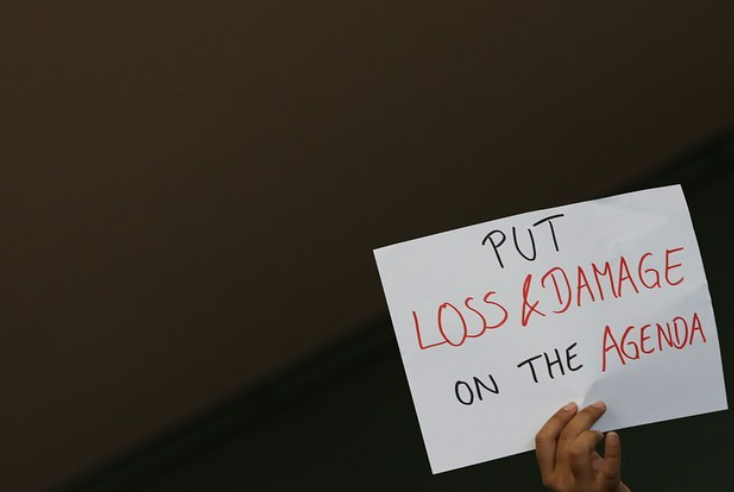 The crux of the issue is that non fossil, or even a low fossil fuel path, will need grid-level storage costs to drop by a factor of 10 times what they are today! If they don’t, then the grid supply will become unreliable, with cascading costs for the people and the economy.

That green energy has a storage problem did not bother us earlier. Coal or gas-fired plants on the grid can be used to meet the shortfall due to the variable supply from renewables. The shortage of renewables is not a problem as long as renewables are not the major source of supply for the grid. Once renewables become the major source of supply for the grid, then the reliability of the grid supply depends on grid-level storage batteries. How variable are these supplies? In Germany, wind energy in 2019 went from supplying 59 per cent one day to as low as 2.6 per cent on another. In the same year, solar peaked at 25 per cent and bottomed out at 0.3 per cent. What happens if both solar and wind are not available simultaneously? This would mean installing much bigger storage batteries for a reliable grid supply than what we are planning for today with the luxury of fossil fuel as a backup.

While many may feel that having two renewable sources should take care of the relative unreliability of each, it, unfortunately, does not work that way. If there is a prolonged period of calm, typically lasting for days, then at night time, both sources will be unavailable. This can be an even bigger problem at high altitudes, as days are short and nights longer.

We can either spend money now to provide a reliable grid based on renewables or continue using fossil fuels as long as we can and postpone the transition. The pretence that only coal-fired plants are fossil while natural gas is a transitional fuel is to postpone the investments that the rich countries need to make in grid-level energy storage.

Arguing that all the big emitters need to cut down emissions is to put the burden of the transition on India and China, the two countries with the largest populations and very little gas supply. That is why the pretence that only coal is the major greenhouse source and not admitting that natural gas, with its leaky infrastructure, is as big a culprit in global warming as coal.

I have written earlier on this so-called transitional fuel – natural gas – having significant warming effects, much higher than what the rich countries claim. Current studies with actual measurements of methane leaks in New Mexico show that the amount is six times what they are claimed to be. This wipes out any benefit from switching from coal togas. In any case, the switch from coal to gas in the US and Europe is much more due to their ageing coal-fired plants. Against a calculated life span of25 years, the average age of coal-fired plants is more than 40 in the US and 35in Europe. They are simply making a virtue of phasing out their coal plants which are already too old to maintain.

Instead of having an honest discussion about how to reach a low carbon trajectory quickly, the politics of the rich countries is how can “we” postpone our transition to green energy in the name of natural gas as a “transitional” fuel and dump the problem of the energy transition on the poor countries. The rich countries can then also extract their profits from selling us renewable energy technology as well as batteries. The most hypocritical of the lot are the Nordic countries, who have argued that they can fund African countries’ development of gas and oil fields provided the gas and oil are exported entirely back to them. The African countries should go in exclusively for renewable energy. This is what WGyude Moore and Todd Moss pointed out in a recent article in Foreign Policy called, “Europe to Africa: Gas for Me but Not for Thee”.

Renewable energy has a storage problem, is well known. Fossil fuels are both stores of energy and source of energy, assuming coal, gas and oil resources are inexhaustible. That they are not, was thought to be a problem for future generations. Just as global warming was relegated to a problem of the future until drought, heat, and an increasing number of extreme weather events convinced us that the problem has already arrived. This means we need to plan for a grid using much larger amounts of renewables and have it in place as quickly as possible. And in order to do that, we will have to solve the problem of grid-level storage of energy.

The simplest storage for any grid is to convert the existing hydroelectric plants to be run exclusively as complementary to wind and solar energy, converting them to pumped storage except for the period when inflows exceed their current levels of storage, as often happens during rainy seasons. The costs are small as converting the hydro turbines is not a major cost. The storage reservoirs already exist, and adding, if required, a small reservoir at the bottom has low costs and virtually no impact in terms of land acquisition. The big storage reservoirs in such schemes already exist, as do a number of such hydroelectric plants which have reversible hydro turbines. The main problem with hydroelectric power of land acquisition and displacement does not exist here, and no new hydroelectric projects are required. In the current scenario, using hydroelectricity for any other purpose, except to meet a peaking load or in a pumped storage mode is a sheer waste.

The second is to look at how energy is being used today and what we can do about it. The transportation sector uses about 25-30 per cent of the total consumption of energy in the world. The switch to electric vehicles hides the fact that the battery is only for electricity storage and has to be charged with grid electricity. As the batteries of electric vehicles are charged from grid electricity, they do not reduce greenhouse gas emissions: they merely transfer the problem of emissions from transportation to the grid. So we are back to the problem of storing electricity at the grid level, the critical issue of renewable energy.

Is there a way of reducing emissions in the transportation sector itself? Yes, if it is our objective to reduce emissions per person-kilometre(or ton-kilometre for goods traffic)subject to the journey time remaining the same. Emissions per kilometre are the only indicator that matters. It can be done with existing technology and is well-known to all who have even a cursory knowledge of the sector. All we require to do is to replace private transport with public transport, which China is doing. Public transport – buses, metro or rail – have much lower carbon footprints than private cars and need no new technology.

Why, then, do we not implement such a solution? It is the political power of the auto industry, backed by the fossil fuel lobby that prevents such a solution. It is the same auto industry that wants to sell us private electric vehicles instead of private petrol vehicles. It is emission per kilometre that we need to reduce, not simply the emission at the tailpipe of such vehicles. The auto and fuel industries’ profits come from how many cars and fuel they can sell today. And to hell with our future. Capital privileges current profits over the future; this is the nature of the beast.

To answer the serious question of how to reach a low carbon path rapidly, we need to look not only at future solutions which may or may not come but at the already existing ones. Instead of trying to shift the burden of the energy transition onto the poorer countries, we need to look at not just the amount of carbon emission of a country but the per capita emissions. We are not even going into historical emissions, of which the rich countries have the lion’s share but simply pointing out that it is people who consume electricity and, therefore, the emissions. Comparing the total emissions of China to that of the US, with its population five times that of the US, or India’s with European countries of much smaller population size, lumping all of them as large emitters is simply to confuse the issues. Just for the record, India uses60 per cent of its energy from fossil fuels instead of 68.6 per cent of the US. And China, in the last three years, has added more renewables each year than the US and Europe together.

There are two ways to meet the climate crisis: look honestly at the problem and do the best that each country can do to avert the impending crisis. I am not even talking of a just share of carbon space, simply that rich countries do not occupy even the remaining carbon space as the US and the EU-UK seem to be bent on doing. This means not playing games with climate targets, accepting that rich countries have to shoulder a larger of the costs of transition and not charging extortionate money for patents/know-how from the poorer countries. And not single out only coal while pretending that natural gas is a transitional fuel. A capitalist principle of beggar thy neighbour may help the rich countries in the short run but will only bring disaster for humanity. (IPA Service)