Hunger In India Remained A Major Concern In 2022 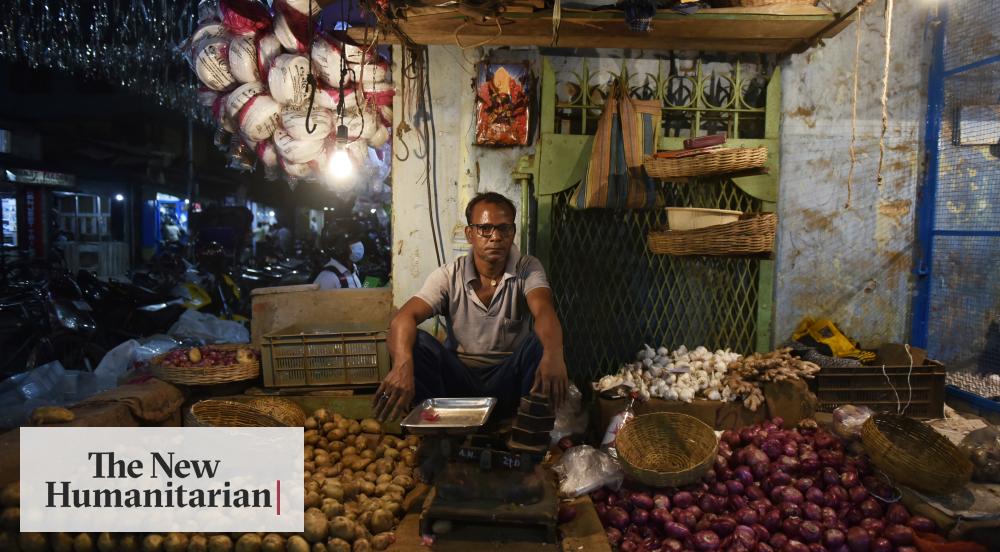 Hunger in India remained a major concern throughout 2022 due to slow recovery from the economic downturn after the two years of the COVID-19 pandemic. True, as PM Narendra Modi drumming up, India became the fifth largest economy of the world, but his jubilation conceals the pangs of hunger of 80 crores of people in the country out of 140 crore population, who needed free foodgrain to survive. Moreover, the number of hungry is most likely to increase in 2023, since the Indian economy is going to fare badly as projected by almost all the assessment of national and international institutions.

In the last “Mann ki Baat” of the year, Modi labelled 2022 as a “wonderful year for Indian Economy”. In the month of September, it was reported that India becoming fifth largest economy in the world, while Modi’s friend Gautam Adani became the second richest person of the world. India was already at fifth in nominal terms in 2019, and Adani thereafter has slipped to the third. However, this wonderful economy for which Modi is all in smiles, conceals the bitterness of the ever rising number of people suffering from hunger.

Pradhan Mantri Garib Kalyan Yojna (PMGKY) is decided to be discontinued from December 31 onwards, a plan under which 80 crore people were being given free foodgrains during the pandemic since 2020. The Centre has announced to strengthen the scheme under National Food Security Act (NFSA) 2013 under which 81.35 crore people would be provided the amount of free foodgrains that was being distributed under PMGKY. Thus, even in the assessment of the Centre, there would be an increase of over 1.35 crore that are facing hunger.

This estimate of the Centre is a very conservating estimate which is based only on the number of people who are actually entitled under the NFSA for foodgrains at cheaper rates of Rs1, Rs2, and Rs3 per kilogram. It also should be noted that NFSA covers 75 per cent of the rural people and 50 per cent of the urban population, who are supposed not to afford to purchase foodgrains form the open market.

This ground reality does not support the claim of “wonderful Indian Economy” during 2022, since the economic growth as modelled under PM Narendra Modi works for the rich while leaving behind the common people snatching from them their right to live with dignity by earning from their toil from decent work. They have been reduced to destitutions, almost a state of beggary, in which they are compelled to live in humiliation of waiting for free foodgrains.

January 2022 had begun with an unemployment rate of 6.56 as per the estimate of CMIE, considered to be very high. One needs to recall how Modi government had earlier tried to suppress the government data 2018 just before the general election of 2019, when unemployment rate jumped to 6.1 per cent, 45 years high. However, the year is ending with a very saddening record of unemployment, that was 8 per cent in November, and is most likely to rise further to close to 9 per cent in December 2022.

So, there is less opportunity for the people to earn for their livelihood and live with dignity. Moreover, larger number of workforce have been losing their jobs because of theirs being laid off. With no earning and not social security coverage the hunger level has been going up month after month.

Then there has been price rise that makes commodities and services unaffordable for the poor. It has been causing inflation beyond the RBI’s tolerable limit of 6 per cent. Almost all the year inflation has been hovering round 7 per cent. It brought greater suffering for the poor people since such a high inflation have been driven chiefly by food inflation. Feeding large number of empty stomachs (above 57 per cent of India’s population) has remained the chief concern throughout the year. People were being given only free foodgrains, 5 kilogram per person. How can one hope that the persons who are not able to even purchase foodgrains can buy their all nutritional needs including pulses and vegetables the cost of which remained unaffordable for the majority? Moreover, from the beginning of the current fiscal year, cost of medicines has further hiked making them out of the reach of poor people. All these are leading towards another health crisis rooted in hunger and nutrition deficit.

The Centre had to make great efforts to ensure foodgrains throughout the year, while Union Minister of Finance Nirmala Sitharaman, revealed the government’s faulty mindset by equating delivery of free foodgrains to poverty elevation. She tried to distort the concept of ‘poverty elevation’ which includes raising incomes so as to make people above poverty line. Free foodgrains is not the earning of the hungry, and hence the recipient remains poor. As the year is closing, we see people everywhere with the marks of hunger and poverty.

Malnutrition tells even more poignant story of hunger. Apart from two schemes under NFSA – Antyodaya Anna Yojana, and Priority Household Scheme, and the PMGKAY, the Centre needed to provide support to the poor under ICDS and PM POSHAN in all states and UTs. TPDS and OWS is being implemented in 112 Aspirational and 250 High Burden Districts on stunting (total 291 districts) which was commenced on April 2022. However, the implementation is not satisfactory since out of 291 only 250 districts have lifted 16.79 LMT by December 13. The remaining districts would be covered in the next year, and hence, wasting and stunting of children will have to wait for help.

Production of rice and wheat has suffered in 2022 due to a range of reasons which included heatwaves and floodings, and hence their prices have increased over 25 per cent. The year 2023 is thus beginning with greater challenges on the hunger and poverty front, with risk of deceleration of Indian economy in 2023, and emergence of China’s new COVID-19 variant enhancing greater uncertainty. (IPA Service)

Congress Has Finally Got A Real Ideologue In Rahul Gandhi