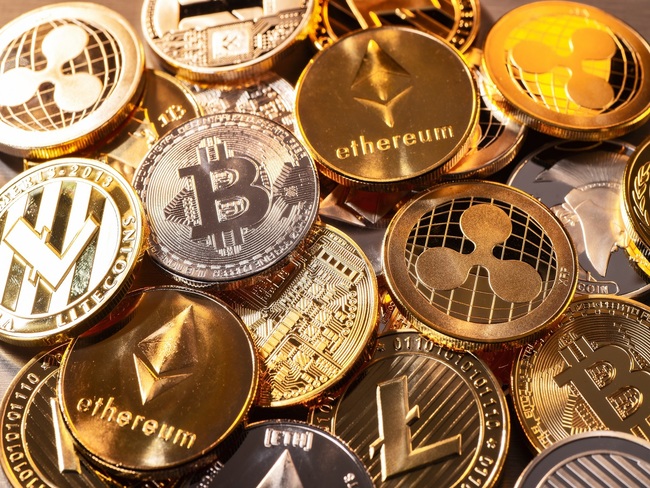 India is making all the wrong noises on the cryptocurrency front! In the 10 days beginning April 1, transaction volume on top Indian crypto exchanges such as WazirX, CoinSwitchKuber, CoinDCX, and ZebPay, have declined by over 90 percent, normalized to last year. For context, WazirX, the largest Indian crypto exchange by volume, had reported $44 billion in trading volume in 2021. Now, their business has come down by up to 98%, which is virtually a complete washout of their trading volume.

This has happened after the recently-introduced crypto taxes became effective on April 1, the beginning of the new financial year 2022-23. Introduced in Budget 2022-23, the new crypto taxes are exorbitant as it provides for a 30% tax on profit without any provision to offset losses. So, while profits on individual transactions are taxed, losses are not allowed to be adjusted for tax calculations. Besides, all crypto transactions will attract 1% TDS. The net result of this extreme taxation is that traders have left the exchanges almost in entirety.

High taxes are not the only thing driving the traders away. Several exchanges including WazirX and CoinSwitchKuber stopped taking deposits from Indian investors on Tuesday following a statement from the National Payments Corporation of India (NPCI) that governs the UPI on April 7, saying it doesn’t acknowledge any crypto exchange using UPI. The NPCI statement came in response to the US-headquartered Coinbase launching its services in India on April 7.

In an event in Bangalore, Coinbase launched its trading services for Indian investors, promising support for UPI for deposits in the Indian rupee. However, within a few hours, NPCI which is an umbrella organization for inter-bank retail payments and settlement systems said in its statement that it’s not aware of any crypto exchange using UPI services. Three days after this, Coinbase formally halted UPI-based deposits on April 10. On April 12, CoinSwitchKuber, which is India’s first crypto unicorn, and WazirX which is the largest crypto exchange by volume, also halted deposits in Indian rupees citing regulatory problems.

Attributing unnamed official sources, media reports said that cryptocurrencies or crypto exchanges are not legal entities in India so NPCI is not obliged to provide payments settlement services to them. However, NPCI has long been maintaining this stand but some payments aggregators that used UPI were providing services to crypto exchanges.

Investors were using these aggregators to make deposits to their crypto wallets for trading. Reports suggest that at least four such aggregators, MobiKwik being the most notable of them, have stopped providing payments services to crypto exchanges, beginning April 1. This led the exchanges to come to a grinding halt. Coinbase and CoinSwitchKuber have said that they will work with the regulators and try to meet their expectations to be able to work smoothly.

Thinking that cryptocurrencies are highly volatile and risky investments that also posed significant threats to the formal financial system, the Reserve Bank of India (RBI) in April 2018 asked the banks to stop banking services to crypto activities, which take place mostly through crypto exchanges.

The Supreme Court of India in March 2020 had overruled the RBI directive and said since cryptocurrencies are not illegal in India banks can’t stop regular services to them. However, banks have not been complying with the SC order on one or the other technical grounds.

Some industry bodies that also represent Indian crypto exchanges are lobbying in favour of a regulation that allows Indian crypto exchanges to function normally. While introducing the crypto tax provisions, the government had said that it’s the sovereign right of the government to tax an activity it deems fit. For a cryptocurrency sector law that would define what activities and entities are legal or illegal, the view of the government is that India should wait until a global consensus and framework emerge in this respect.

Coinbase, which is the second-largest crypto exchange with a presence in over 100 countries, has set up a technical hub in India where it employs 300 staff. In the precursor to its India launch, Coinbase CEO Brian Armstrong had said that the company intends to hire 1,000 more employees in India this year. Its investment arm Coinbase Ventures has invested $150 million in Indian startups, notably in CoinSwitchKunber, which was valued at $1.9 billion in October 2021 during a funding round.

One of the fallouts of the government’s indecision on cryptocurrency regulation is that experts and professionals in this niche are shifting out of the country. Several countries around the world, the UK being the latest and most important of them, have said that they want to become a cryptocurrency hub.

Indian crypto sector received $630 million in funding in 2021. The amount is nearly equal to how much Miami in Florida sees in venture funding in the crypto sector. New York and Silicon Valley are at number 1 and 2 slots respectively. The government must look at the global trends rather than just global consensus in the crypto business. India should not miss out on the opportunity in an area where it has some natural advantages. (IPA Service)