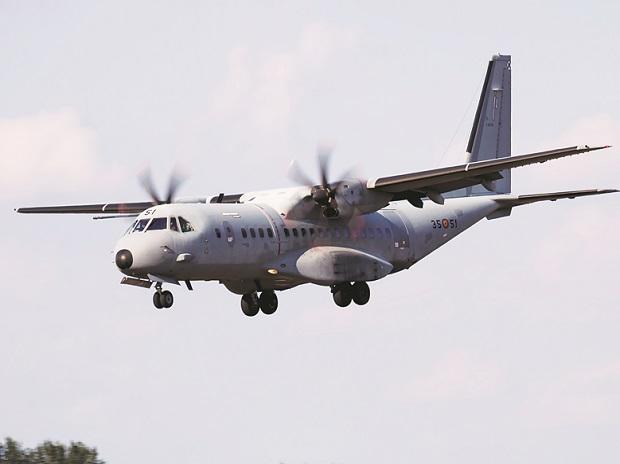 Prime Minister Narendra Modi has handed the prestigious and precious C-295 Tata-Airbus project to Gujarat, his home state which will go to polls any time before the year is out, but the election date for which hasn’t been announced yet! Could it be that the Election Commission delayed declaring the Election Day date because the Tata-Airbus C-295 project’s ‘home-state’ was waiting to be announced, and delaying announcing the election date would make all the difference between victory and defeat in the Gujarat elections?

Now, the Shinde-Fadnavis duo ruling Maharashtra must be wishing Gujarat had vanished off the map of India, and Prime Minister Narendra Modi never existed! The Modi-Gujarat combination is locking Maharashtra out of the ambit of plum employment generating projects, taking the projects away to Gujarat as if Maharashtra and Maharashtrians did not exist!

First, the Vedanta-Foxconn semiconductor project. Palmed off to Gujarat in perhaps the most blatantly brazen manner ever because Gujarat is Modi’s home state and Modi could do it because he is Prime Minister, and sycophancy isn’t a Congress patent. Now, a couple of months later, the prestigious Tata-Airbus C-295 project has been given to Gujarat on a platter!

Maharashtra has been grounded for the second time in a row. The Shinde-Fadnavis silence is telling. True, all is fair in love and war, but elections ought to be fair per se. And just because there’s an election in one state does not mean another state should foot the bill. Why should Maharashtra pay for the Prime Minister’s Gujarat insecurities?

That said, this is not grapes gone sour syndrome. There is more than one reason to complain that Modi played favourites for selfish reasons. Gujarat is Modi’s bailiwick, his ‘karmabhoomi’, the laboratory where the ‘Gujarat Model’ was birthed and incubated. Today, Prime Minister Narendra Modi, the four-time Gujarat Chief Minister, and his party BJP are locked in a three-cornered electoral contest in Gujarat, and things aren’t as smooth as a C-295 Airbus flight.

After 27 years, Modi’s Gujarat Model cannot think of its way out of the box. Rivals, the Delhi Model of Arvind Kejriwal and the Rajasthan Model of Ashok Gehlot, who is the Congress in-charge of the state of Gujarat, are giving tough battle to the Gujarat Model, and Modi cannot stomach the fact that Kejriwal beats him hollow with outrageous ‘jumlas’, and Modi used to be the ‘King of Jumlas’!

Chances are Modi and the BJP will foot the bill for Modi’s jumlas, but that will be much later. Right now, the ones paying are the state of Maharashtra and the Chief Minister-Deputy Chief Minister duo of Shinde and Fadnavis. This is the second time the two have presided over the loss of a big-ticket project to Gujarat. The Rs 22,000 crore Tata-Airbus deal will come up in Vadodara instead of in Nagpur.

This is when Nagpur is RSS headquarters, and Nagpur is also home to Deputy Chief Minister Devendra Fadnavis. After the Centre’s decision to award Tata-Airbus C-295 to Gujarat, Shinde and Fadnavis are under fire for losing mega employment generation projects to Gujarat.

Besides, Tata-Airbus C-295 will replace the Avro and is a ‘Make-in-India’ initiative. Giving C-295 manufacturing to Vadodara, Gujarat is a setback to Maharashtra’s development goals. This will be for the first-time in India that the manufacture of a complete military aircraft has been given to a private firm.

That said, the BJP has been using the Modi Government’s resources to further its political agenda for eight years with nobody to question. The Centre’s exchequer has always been left open to help the BJP win tricky elections. The ‘labarthi’ schemes were livewire examples in the 5-states assembly elections. Giving the Airbus C-295 project to Gujarat will directly benefit the BJP in the assembly elections, and explains why the Election Commission delayed announcing the Gujarat election date, while going ahead and declaring the Himachal Pradesh election date.

It shows that the BJP wasn’t completely sure of posting yet another victory in Gujarat, and, maybe, still isn’t sure of the outcome. Modi wanted a flying start on a C-295 Airbus in poll-bound Gujarat and it didn’t matter if fellow travellers Shinde and Fadnavis were left hurt and embarrassed.

Nothing matters to Prime Minister Narendra Modi other than winning elections. Now, ever since the Centre’s decision, the opposition MVA has been firing on all three cylinders against Shinde-Fadnavis, asking for Industries Minister Uday Samant and Chief Minister Shinde to resign.

But Shinde’s skin matches the thickness of Modi’s. And there’s an urgency to the project, which is linked to the Gujarat assembly election. Opinion polls suggest the BJP will post a massive victory and AAP will scrape bottom with the Congress in the middle. But, yet, there’s nervousness in the air, which appears to have affected the BJP most. So much so, Modi’s ‘Sabka Saath Sabka Vikas’ has been thrown to the winds and the Tata-Airbus C-295 diverted to poll-bound Gujarat in a blatant display of arrogant entitlement. Call it nepotism of a different kind.   (IPA Service)

BJP Is Using The Electoral Bonds Scheme To Cripple The Opposition
Posting....