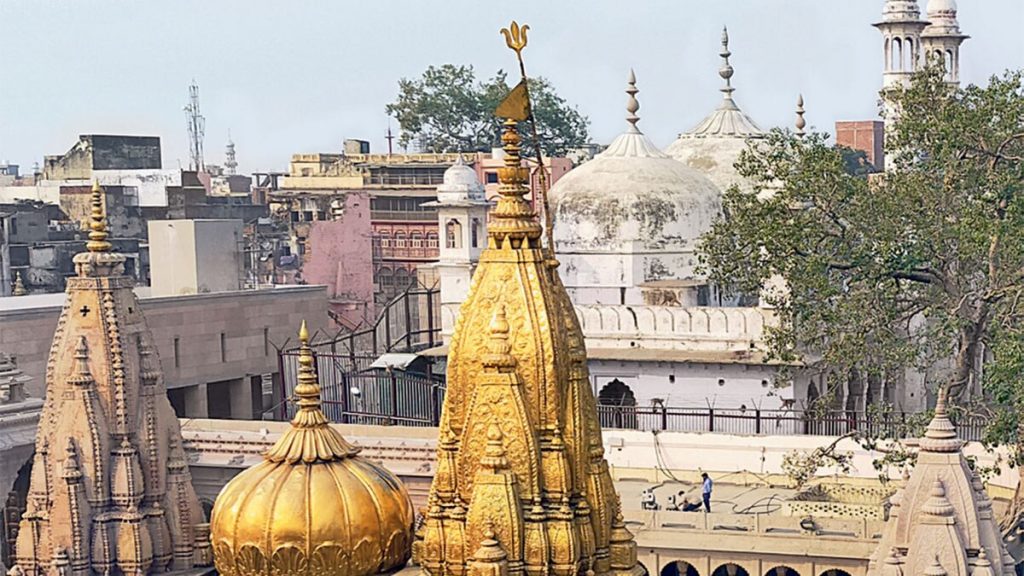 The #MeToo movement was also about correcting the ‘wrongs of history’ in which powerful men got to get their comeuppance for bad deeds done decades ago. Those out of the ambit of #MeToo cheered and clapped, and the #MeToo survivors a sense of justice, and closure— happy ending to a lingering chapter.

What about this other kind of correcting ‘wrongs of history’, pulling down mosques allegedly built over demolished temples by Muslim invaders? There are those who committed the wrongs, and those who want to correct the wrongs—on both sides, a sense of hurt. One that is centuries old, the other stemming from the fear of impending correction and humiliation.

The Gyanvapi Masjid/Mandir is, perhaps, more volatile than Ayodhya Mandir/Masjid, which built up to a crescendo and then descended to destruction, and death. The communal riots in Mumbai, and elsewhere, far and near, followed by years of bitter litigation. The final judgement left one side thoroughly disgusted, and defeated.

Now, it is this fear of another, a second looming ‘defeat’ that is agitating the ‘Muslim paksh’. And against this, the euphoria of adrenaline coursing through the ‘Hindu paksh’—finally, after hundreds of years of humiliation, there is the opportunity to correct the ‘wrongs of history’.

Like the wise lady wrote, “We do not need proof that the Gyanvapi Mosque is built on the ruins of a Hindu temple…What we do need proof of, is that we have not suddenly all gone mad.” Right, but the lady who wrote also has her own gremlins to battle, those arising out ‘love-jihad’ gone wrong!

The Supreme Court has said its piece on Gyanvapi case. Half the country is hailing the SC, the other half is grim at the apex court’s ‘balancing act’. Like everything connected with Gyanvapi, right from when it was turned to rubble on the orders of Aurangzeb, this decision of the SC is also victory to one side, and defeat to the other.

Then, after Aurangzeb’s bulldozer, it was defeat for the ‘Hindu paksh’. Today, after the apex court refused to intervene, it is perceived defeat for the Muslim paksh—unless the Places of Worship Act, 1991 kicks into play. To the Hindu paksh, there’s the glimmer that the Government will galumph to gather courage and strike down the constitutionally-mandated Act?

But the feeling is the Modi regime cannot be trusted. Even at its best, the Modi government is countersalient, leaping in opposite directions. At least that is what the Hindu paksh rails at. On the other side, ‘Why is Modi quiet?’ is beginning to pick up momentum. Soon, it will become the talk of the town—Modi is after all Varanasi MP!

Already, there are folks asking President Joe Biden to return Modi to his “no visa” past, correct a historical wrong, with one lady reminding Biden of Gujarat 2002, and India at the “cusp of Muslim genocide”. It is fear-mongering. The apex court is seized of Gyanvapi. There is no need to drum up mob hysteria. Not everybody has to be Asaduddin Owaisi or Tauqeer Raza.

That said, right now, Varanasi is tinderbox. One spark is all that is required. The headline “It is our waqt, Ayodhya will happen in Kashi” is startling. Can it be anymore plain? Below the headline was the plaintive cry. The Muslims are keeping a low profile because “we don’t want Yogi and Modi’s bulldozer.”

A couple of celebrity TV anchors are peddling the theory of mosque and mandir cohabiting. They must have got the idea from Justice DY Chandrachud’s reference to “hybrid places of worship”. The two anchors are keen to be part of the history-making exercise.

They forget that the ‘One God’ will never agree to be under the same tent with ’36 Million Gods’. It is against their fundamentals—no compromise. It will be interesting to see how the judiciary of the country sorts this one out. Aurangzeb Alamgir did it with a farman, an edict. Aurangzeb was uncompromising, unforgivable. But for Aurangzeb, there wouldn’t have been ‘wrongs of history’ to be corrected. (IPA Service)