Gujarat Elections Have Emerged Stiffer For Narendra Modi Despite Bravado 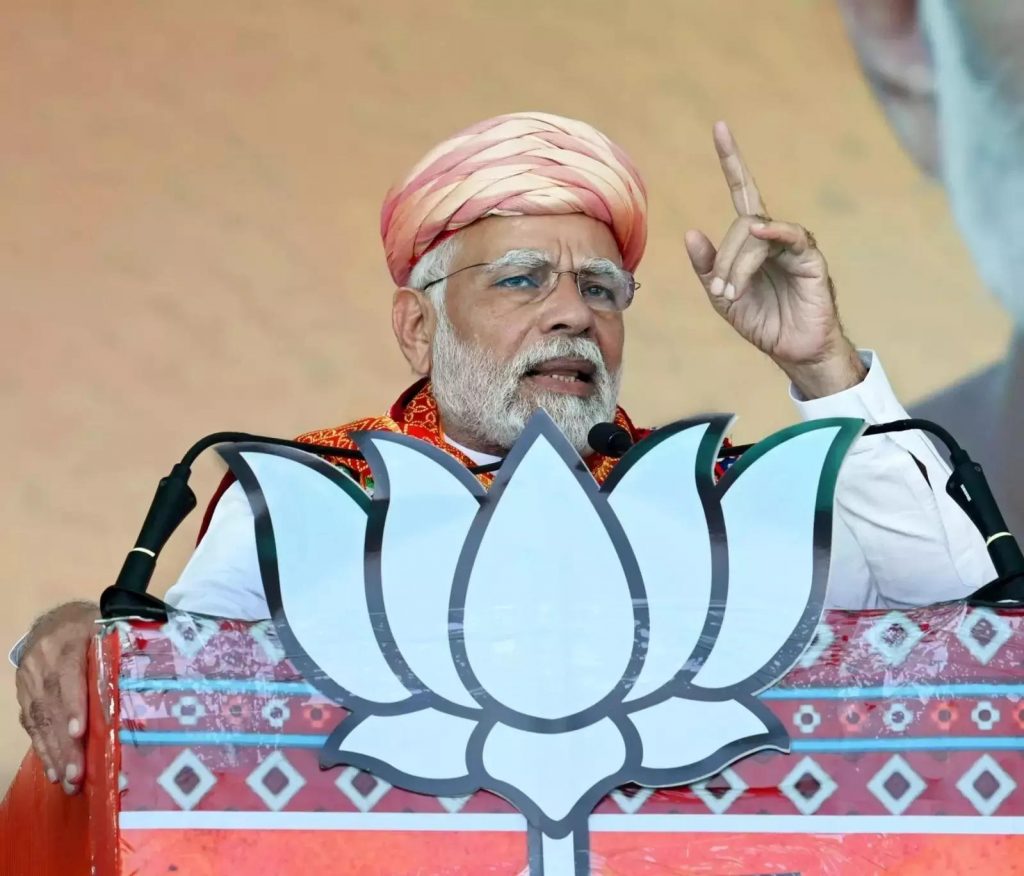 It is now to wait for the counting of votes. In between, there are the exit polls and people will get a glimpse of what’s in store. A couple of opinion polls have been generous to Prime Minister Narendra Modi, giving the BJP 130-plus seats in Gujarat. Winning Gujarat is crucial for Modi if he wants to be a third-termer PM. December 4, the streets of Delhi voted. So did the burgeoning landfills. If the AAP captures the MCD, Prime Minister Narendra Modi and Home Minister Amit Shah have nobody else to blame but garbage, and 15 years of doing nothing but sit and watch the landfills turn to stinking hills.

If the AAP government gave Delhi its ‘Mohalla Clinics’, the BJP MCD made sure leftovers of the previous night kept nostrils flared. Right, there is nobody angrier than a voter cheated. Remember the ‘achche din’ promise? Modi is known for promising the VIP brief to ordinary voters, but before you know the emperor is without clothes.

But this time, Modi better beware! The Delhi electorate, for some fixated and quirky reason, is stuck on the numeral ‘15’. Sheila Dikshit got an uninterrupted run of 15 years, and then was dumped. BJP control of the MCD has completed 15 years. For all we know, its MCD days are over.

But going by the trend, Delhi Chief Minister Arvind Kejriwal is up for a third term. And Prime Minister Narendra Modi for his third term. The problem for Modi, however, is Delhi is not India, and India is not Delhi. Top of that, ‘Bharat’ might be ‘Jodo-ing’ against him, which must be why Modi appeared nervous and couldn’t leave Gujarat to underlings and second-rung stalwarts.

Somebody was heard saying that the BJP will lose in all the “tribal seats” of Gujarat, all of which will go to the Congress, courtesy “Mother Nature”. After 27 years, Mother Nature is pissed off with the destruction of “payd, paudha, nadi and nullah”, and the tribal voter of Modi’s home-state is angrier than a hungry Gir lion.

That said, if Kejriwal’s AAP does not fare well in the Gujarat elections, it’s okay, but if AAP wins Delhi MCD, it will not be okay for Modi. Arvind Kejriwal will be all over the electronic media claiming he’s ‘Emperor of Dilli’ and the Lt. Governor of Delhi will be the biggest loser. Kejriwal, with stars in his eyes, will proclaim himself Challenger No.1 to a Modi third term.

That being said, political pundits and pollsters do not give AAP anything for all the time Kejriwal and Punjab Chief Minister Bhagwant Mann gave to the Gujarat elections. If AAP loses the MCD elections, it will be because Kejriwal placed Gujarat’s interests over Delhi’s.

It is imperative for AAP to win MCD to prove that there’s more to Manish Sisodia than just the world’s No.1 education minister. Perhaps, the votes cast in the Delhi-MCD elections were for ‘Ho, Ho& Two Bottles of Rum’. The Delhi government’s liquor policy was a freebie variant that was doing quite okay till the BJP butted in with the teetotaler CBI.

If the BJP loses Delhi MCD, it will be another setback to the party’s ‘Operation Lotus’, which was doing okay while playing out in Maharashtra. The intervening months have not been good for the predator. And if the BJP does not do up to expectations in these year-end polls, New Year 2023 with its schedule of elections may not be a bountiful one for the party.

The MCD elections results will be announced on December 7. Don’t be surprised if Arvind Kejriwal’s AAP government celebrates with firecrackers with a victory in MCD, rendering the fragile Delhi air poisonous grey, this time not because of the ‘parali-burning’ in Bhagwant Mann’s Punjab.

With the MCD in hand, the next target for the AAP will be Delhi’s seven Lok Sabha seats. But that is for 2024. The question is, who will be the overall winner of 2022?  Prime Minister Narendra Modi, Chief Minister Arvind Kejriwal, or the one on the ‘Bharat Jodo Yatra’, Congress leader Rahul Gandhi? Are these three the top three prime ministerial candidates of 2024?

If Himachal Pradesh goes to the Congress, the 2024 race will tighten further and Rahul Gandhi can hope to be a credible claimant for the PM post, accepted to the electorate as such. For all the right reasons, ‘Bharat Jodi Yatra’ has done wonders to Rahul’s image. The loyalty on display from Congressmen and women to the grand old party’s walking, sometimes running, mascot is touching.

The Gujarat polls are a referendum on Modi, and the Gujarat Model. The Delhi MCD elections a referendum on Kejriwal, and his ‘freebie model’. And the two together with Himachal Pradesh is a referendum on Rahul Gandhi’s ‘Bharat Jodo Yatra’. Each of the three men will walk away with a message on December 8. It will be interesting to see what tribal and ‘Mother Nature’ does to the BJP, and Prime Minister Narendra Modi. (IPA Service)