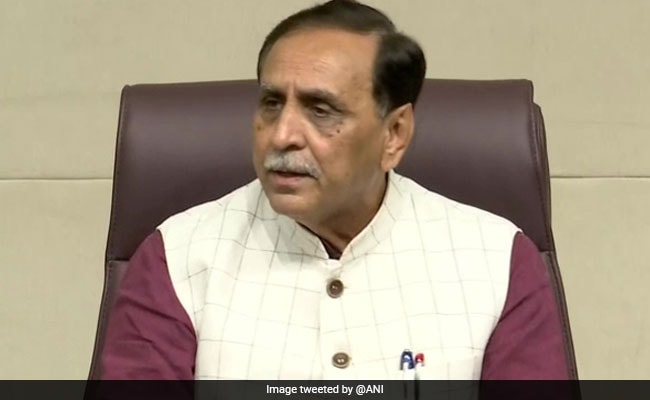 New Delhi: Vijay Rupani on Saturday became the fourth BJP leader to step down as Chief Minister of a party-ruled state in six months, after he quit the top post in Gujarat.

Mr Rupani steps down a year ahead of elections in Prime Minister Narendra Modi’s home state – elections the BJP views as a major prestige battle as it bids to secure a third straight term in power.

His resignation follows that of BS Yediyurappa in Karnataka in July and a double whammy in Uttarakhand, where Tirath Singh Rawat quit barely four months after replacing Trivendra Rawat.

Both Gujarat and Uttarakhand will vote for new governments next year.

BS Yediyurappa resigned following resentment against him and his son, and unrelenting calls for his removal by a section of the party’s state unit. In Uttarakhand, the party was forced to replace Trivendra Rawat after similarly fierce opposition from within its ranks.

His successor – Tirath Singh Rawat – was not a viable replacement either.

Tirath Rawat’s brief stint was packed with controversies. The BJP’s Uttarakhand leaders had complained to the Delhi leadership about public anger at some of his pronouncements, including bewildering remarks about the United States, and not Britain, ruling India for 200 years.

A similar situation was averted in Uttar Pradesh earlier this year, with Chief Minister Yogi Adityanath facing criticism from within over his inaccessibility to MPs and MLAs, and his government’s poor handling of the Covid pandemic.

A worried BJP sent senior leaders BL Santosh and Radha Mohan Singh to take feedback and carry out a review, after which the party stressed that it was not looking at replacing Adityanath, who is one of the BJP’s most high-profile and popular faces but would tweak the leadership set-up.

And, like Gujarat and Uttarakhand, Uttar Pradesh will also go to the polls in 2022.

The populous state is widely seen as a bellwether of how the 2024 Lok Sabha election might play out, making it another prestige battle for the BJP, which swept 62 of the 80 seats in 2019.

Earlier Mr Rupani was quoted as saying he had decided to resign “to further develop the state, with new energy and power”. He also thanked the Prime Minister for his guidance.

Mr Rupani’s resignation (and, by default, that of his cabinet) leaves the ruling BJP with three options – appoint a successor (and new cabinet), allow the state to come under President’s Rule or have the election much earlier than scheduled.

Sources have said at this point no decision has been taken on early polls and a change of guard – a new Chief Minister – is likely to be the strategy.

Sources also said Mansukh Mandaviya, who was just sworn in as the Union Health Minister in July, and Deputy Chief Minister Nitin Patel are possible replacements. Another possibility, sources suggested, could be Dadra and Nagar Haveli, and Lakshadweep Administrator Praful Khoda Patel.

Mr Rupani resigned, sources further said, after the party’s central leadership expressed dissatisfaction with his performance; sources have called this a “course correction” by a BJP eager to change things around if it feels unsure in its state leadership.

AAP to contest all seats in UP Assembly polls
Posting....