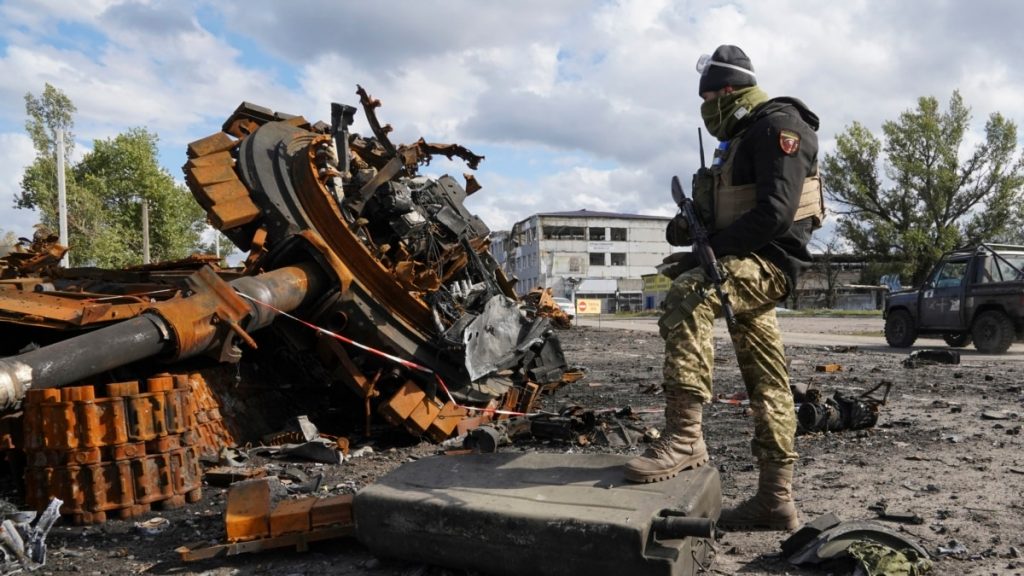 If any one thing defines 2022 it is Russia’s Ukraine war. Coming close on the heels of the covid pandemic, unleashed by China’s callus and lackadaisical handling of the initial outbreak, world’s woes are brimming over.

Bad luck would not come alone, in the very closing days of the year, the wildfire spread of new variants of the covid virus in China is giving rise to fresh worries and uncertainties.

No one could have anticipated such large scale and devastating war in Europe. The sheer brutalities on the ground have stunned the world. The war in Ukraine launched by Russia have changed the world, and, including the global economy.

The world had set into an accepted order. Russia and Ukraine have been for the greater part of the years since the second war, the principal sources of food grains and fertilisers. Both Russia and Ukraine are two of the largest producers of wheat which had flown seamlessly into the deficit countries.

Russia’s scorched earth policies of wanton destruction of Ukraine had cut into its abilities to produce wheat and other foods. Russian blockade of Black Sea ports and even destruction of some of the Ukrainian food ships have starved the supply lines into the global wheat markets. Now they have joined some arrangement to allow such shipments but threats of actions often blockade these food ship movements.

The West’s effort to penalise Russia for its Ukraine invasion by curtailing its oil and gas revenues had in turn boomeranged. Sanctions on Russian oils and other economic measures had only elicited counter moves by Russia. It put brakes on supplies of both gas and oil to Europe. No wonder, all major western European countries, most acutely Germany, are seeing a bleak and cold winter largely without power.

The latest European Union move to clamp down price caps on Russian oil has further created to jack up uncertainty on energy supplies. No buyer of Russian oil or gas can use the essential western financial channels and shipping services for movement Russian oils above the caps imposed by EU.

All that the moves and countermoves of Russia and the West have generated is that there is a crimping on energy products supplies the world over. American requests to allies in the Middle East, like Saudi Arabia, to jack up production to meet the shortfalls from Russia, have been turned down. The oil supplies have thus fallen short of the demand and the prices have mostly spurted on the global markets.

The combined impact has been that the world has not seen a more destabilising rise in food and energy prices than during 2022. Maybe, the distant memories of the first oil shock in the 1970s might reverberate in some minds.

In the developing and emerging market economies, the spike in general inflation has  been due to large scale supply shocks —shortages of food supplies and energy. The poorer and emerging markets economies have been hit the hardest by the food shortages and rises in food articles prices.

In the developed countries, on the other hand, the macro-economic situation has further been compounded by the accumulated impact of the expansionary fiscal and monetary policies followed for years. Ever since the global financial crisis, the western countries had sought to follow an ultra expansionary monetary policy with low interest rates which had expanded credit. These excesses could not have been more reflected in prices.

America had hit inflation levels during the year which were highest in forty years. Britain has seen a fall in the standards of living of the general public as incomes were eroded by rising energy and food prices. Germany has not seen such wintry days since possibly the Middle Ages as it depended totally on Russia for meeting its energy needs and the latter squeezed the supply lines ever more. Egypt has called out for immediate supplies of food grains as supplies dried up from traditional sources.

On exception was Turkey, which wallowed in the confusion and general instability. Turkey has been seeking to usurp the role of a mediator and thus gained for its own. Asian countries had faced the situation with some equanimity as supply lines did not get as much choked, though the general rise in prices had hurt.

India has been an island of relative stability and growth among the major economies of the world. So much so, that international agencies had betted on India to bail out the global economy. The OECD, the rich nations club, published its reports indicating that if the global economy now avoids getting into a prolonged recession it should thank India and som extent China for it.

Though now, China’s prospects have been deeply clouded by the recent recurrent outbreak of the covid epidemic. China had followed its zero-covid policy, which was associated personally with its top leader Xi Jinping. Now the country had suddenly abandoned that wonky policy and the diseases has resurfaced with a vengeance not seen elsewhere.

China is feared to lose several million people to covid. A Shanghai hospital has instructed its staff to be ready to face at least 2.5 million deaths. Beijing crematoriums are getting overfilled.

However, the bleak background is yet lifting marginally. Inflation which was raging until now, is abating. American inflation has  eased and the Federal Reserve’s rate cycle is showing signs of moderation. This is giving the cue to other central bankers to take a more devising stance on inflation fight.

As we are now looking up to the New Year, the situation is best encapsulated by the governor of the reserve bank of India, Shaktikanta Das. In the end of his last credit policy statement Mr Das had observed:

“To conclude, let me add that in a tightening cycle, especially in a world of high uncertainty, giving out explicit forward guidance on the future path of monetary policy would be counterproductive. This may result in the market and its participants overshooting the actual play out of real conditions. In such circumstances, it would be prudent to keep Arjuna’s eye on the evolving inflation dynamics and be ready to act as may be necessary. Monetary policy has to be nimble to address any emerging risk to the price stability, while keeping in mind the objective of growth.”

Perhaps, his background in history had given him the perspective and judgement that economists often lack. (IPA Service)