Ghulam Nabi Azad Has Always Been A Loyalist Of Gandhi Family 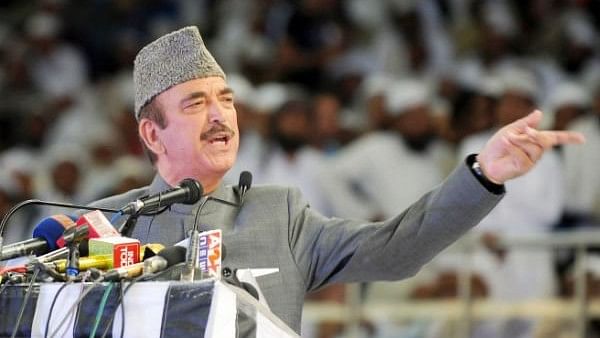 In the summer or 1977, when Ghulam Nabi Azad first came to Delhi after being appointed as general secretary of the Youth Congress by Sanjay Gandhi, he could not withstand the torrid summer. Hs nose bled for several weeks, and he told his colleagues that he is going back. Forty-five years later he severed his association with the party which is bleeding because of repeated electoral defeats and constant exodus of leaders.

Azad is alikely rebel. His decision to leave the party after launching one of the sharpest ever attacks on Gandhi family was much as a surprise as his decision to lead a band of leaders to write to Sonia Gandhi calling for changes in party organisation in 2020. In fact, he was one of those leaders who have always been as having sided with the establishment and without break held key posts both in the organization and governments.

Despite his closeness to the leadership and perhaps because of it, he spoke his mind too, at times. And the leadership invariably listened, which is perhaps missing now. And that is his sincere single grouse.

For instance, when Prime Minister Rajiv Gandhi renamed the education ministry as Human Resources Development Ministry and asked P V Narasimha Rao to head it in September 1985, Azad went to Gandhi and told him that asking a veteran like Rao to head the ministry, no one can relate to, is a demotion.

But such interventions are rare as Azad always sided with power centre in the party. From being the blue eyed boy of Sanjay Gandhi to a confidante of Sonia Gandhi till some time ago, he has never rubbed the leader the wrong way before 2020. He has been a minister in Congress government since 1980s (the ones headed by Indira Gandhi, Rajiv Gandhi P V Narasimha Rao and Manmohan Singh), when he entered Lok Sabha from Mahim in Maharashtra.

He has been in the Congress working Committee for 37 years and he had been AICC in-charge of almost every state, a feat that has no parallel in the party. He began his political career in mid 1970s and became the president of the J&K youth Congress in 1975-76. He moved to Delhi in 1977 and became one of the close associates of Sanjay Gandhi with associates the likes of Kamal Nath and Ambika Soni. He became National President of the Youth Congress in 1980.

He was a member of the Congress Parliamentary Board headed by Rajiv Gandhi as Congress President and later Narasimha Rao. He had stints as state Congress President of Jammu and Kashmir in the early 2000s, Chief Minister of J&K from 2005 to 2008 and the Leader of Opposition in Rajya Sabha from 2014 to 2021 in recent history.

His decision to lead a group of leaders seeking change in the party—a euphemism for opposition to Rahul Gandhi —was surprising as he has been fiercely loyal to the Gandhi’s. He sided with Rao when Prime Minister took on the likes of Arjun Singh. He was close to Sitaram Kesri as well when the veteran was President of the party but sided with Sonia Gandhi when she decided to take the political plunge.  Sitaram  Kesri was booted out. Under Sonia Gandhi, Azad became more powerful. (IPA Service)