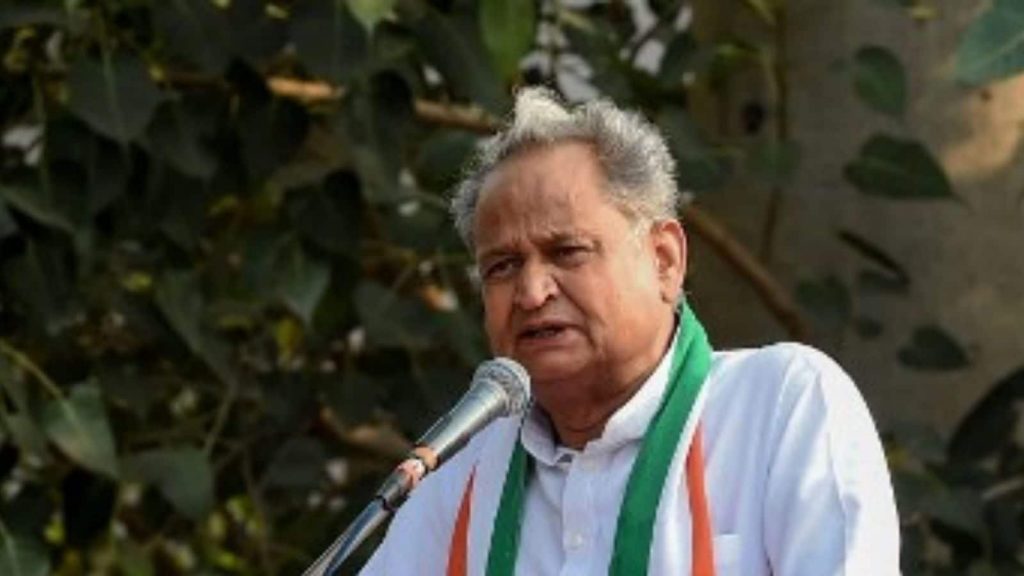 Amid speculation around a possible change of guard in the Rajasthan Congress, chief minister Ashok Gehlot on Saturday said his resignation was permanently present with the party’s interim president Sonia Gandhi. In a statement that betrayed a hint of impatience, the Congress veteran said if the party had to change the CM in the state, it would be done without a hint to anyone.

“My resignation is permanently present with Sonia Gandhi, so there is no point in repeatedly asking if the CM is going to change,” Gehlot told the media, adding, “the chief minister will change when it has to be changed and no one will get to know anything about it.”

Gehlot also allayed rumours about a possible rejig in the state, just two days after Sonia Gandhi met former deputy CM Sachin Pilot who had once rebelled against him. The CM said people should not pay attention to rumours.

“Rumours keep running in the media and in newspapers. You don’t have to pay attention to them,” Gehlot said at a state-level event of the Rajasthan Revenue Service Council. Such rumours misled people and governance was also affected, he added.

Gehlot further said, “The condition of the Congress should be a matter of concern for the whole country. Common citizens who never vote for the Congress also want the party to be a strong opposition in the country.”

Sonia Gandhi had also interacted with Gehlot and Chhattisgarh CM Bhupesh Baghel on April 20 to discuss the party strategy for the upcoming assembly and general elections. The meeting was part of the deliberations being held to evolve a long-term strategy for the Congress and discuss the plan presented by poll strategist Prashant Kishor.

During the meeting that lasted several hours, the two CMs presented their plans for their respective states and asked Kishor to give his additional suggestions. They are learnt to have discussed Kishor’s strategy and deliberated on it with other party leaders.

Pilot, meanwhile, met Gandhi in Delhi on April 21, showing a keen interest in playing an active role in strengthening the party in the state. But, while many reports have speculated that he was vying for the CM’s post, he has reiterated time and again that he was willing to take on any role the party offered.

After his meeting with the Congress chief, Pilot had said, “Rajasthan is a state where every five years, there’s a government change and I think if we do the right things like we’ve started to do, we need to move forward in that direction so that Congress wins the next Rajasthan polls. It’s important as soon after, there’ll be general elections.”