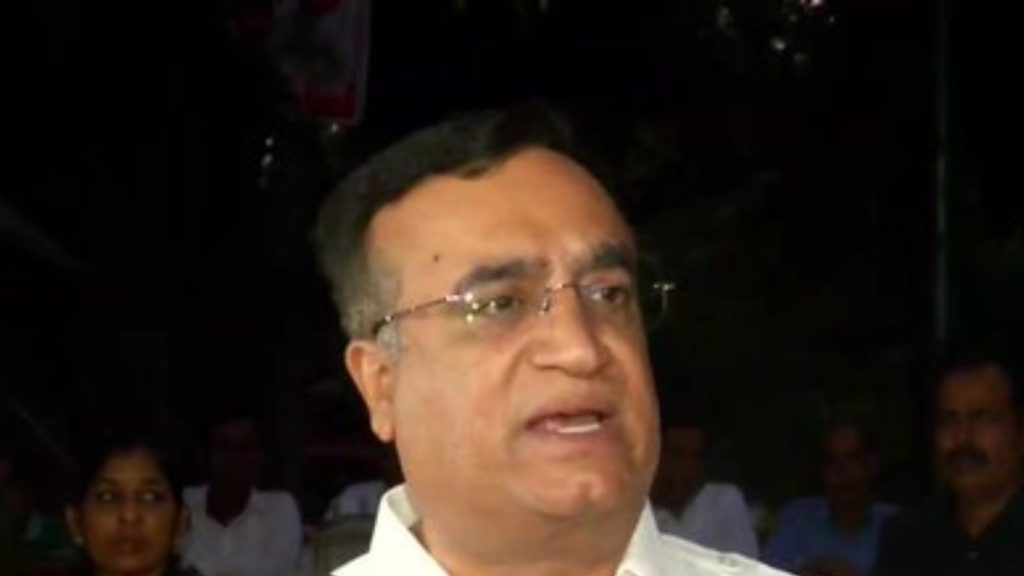 Rajasthan Congress MLA Shanti Dhariwal on Monday lashed out at the party’s central observer Ajay Maken, alleging that he was part of a “conspiracy” to oust CM Ashok Gehlot. Dhariwal, a Gehlot loyalist who had held a meeting of MLAs on Sunday to oppose Sachin Pilot’s possible elevation to the CM post, said that Rajasthan MLAs won’t “tolerate traitors being rewarded”.

At the Sunday meeting at Dhariwal’s house, as many as 92 MLAs – all Gehlot loyalists – skipped the scheduled Congress Legislature Party meeting, which was supposed to pick the CM’s successor. The MLAs had threatened to resign en masse if Sachin Pilot – who had mounted a rebellion against Gehlot in the summer of 2020 – is chosen as a replacement to Gehlot who had announced to contest for the post of Congress president.

#WATCH | “It was 100% a conspiracy to remove the CM (Ashok Gehlot) and general secretary incharge was a part of it. I am not talking about anyone else, no charge on Kharge but only the General Secretary incharge,” says #Rajasthan Minister & Gehlot loyalist, Shanti Dhariwal. pic.twitter.com/jsxG39AtXk

The Gehlot camp MLAs are now likely to face action with Maken – who met Sonia Gandhi this evening – hinting at the same. “When the party fixes an MLA meeting, but a parallel meeting is organised, then it attracts disciplinary action. Same had been told to Sonia ji,” Maken told reporters after meeting with Gandhi.

Continuing his tirade against Maken, Dhariwal said when the general secretary is “himself canvassing to make such people CM, MLAs had to get angry, disgruntled”. “MLAs asked me to listen to their voice. They want someone from 102 MLAs who huddled together to stay with Congress for over 34 days (in 2020) to be made CM,” he added, referring to Pilot’s rebellion two years ago.

“In 2020, when the state Congress was in trouble, our president Sonia Gandhi had asked that government be saved at any cost. Despite having a CM in Rajasthan, traitors claimed that the government has fallen…they’re being made CM now,” Dhariwal said.

Meanwhile, Maken has briefed Gandhi about the crisis in Rajasthan and a report is likely to be submitted tonight. Gandhi, sources said, is upset with Gehlot following the revolt. Gehlot is also no longer in the race for Congress president as the party’s top leadership as well as young leaders aren’t keen on him. Sources also said that even if Gehlot wants to contest the polls, many have made up their mind not to vote for him.