Gehlot claims no anti-incumbency in Rajasthan 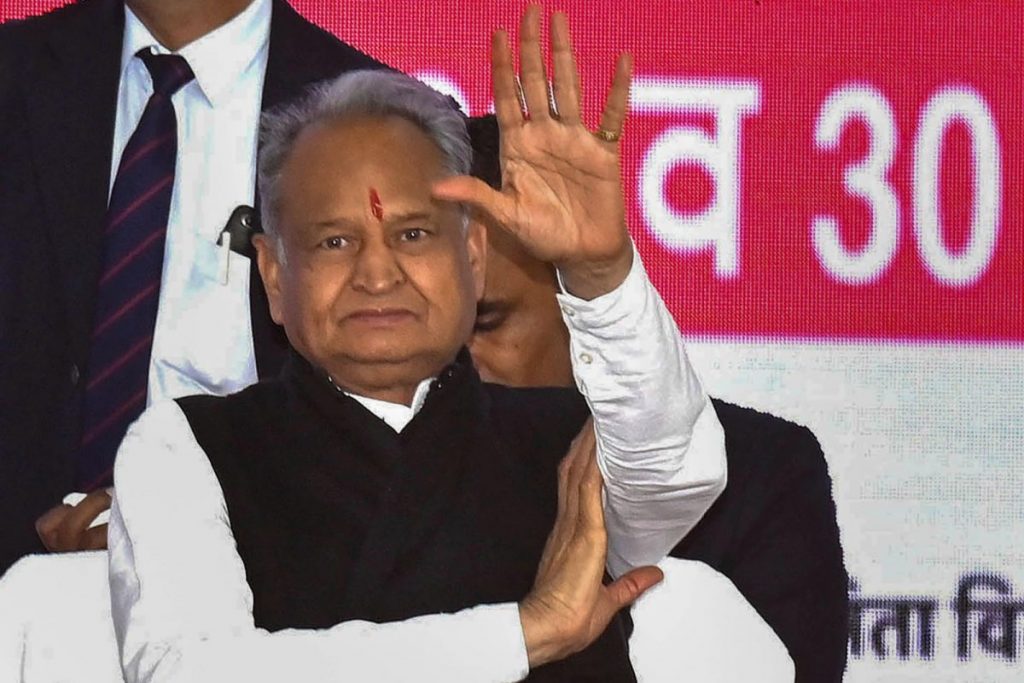 As Congress marked fours years of being in power in Rajasthan, Chief Minister Ashok Gehlot on Sunday said that there is no anti-incumbency in the state and there could no bigger achievement than this.

“Even after four years, the people of Rajasthan are not against the state government. Usually, such a situation happens everywhere and people start finding faults. But in Rajasthan, the situation is different. There can be no bigger achievement than this,” Gehlot said, ANI reported.

This comes as the grand old party is celebrating leading the state, at the sidelines of the Bharat Jodo Yatra being in Rajasthan.

Gehlot also mentioned the Old Pension Scheme (OPS) and said that it will continue in the state, while highlighting that the state government has the right to decide on the pension.

“It is very important that the one who has served the government for 35 years gets security because it is high time for being concerned about social security. There should be a common policy for nationwide social security for which the finances should be managed by both the Centre and the states,” Gehlot said.

“The state government has the right to decide the pension. Pension is a state subject, so OPS shall continue. The Center cannot interfere in this,” he added.

Congress is celebrating its rein as Rajasthan is set to go to polls for its 200-member state legislative assembly in 2023.

This comes in the backdrop of a faceoff between Ashok Gehlot and Sachin Pilot continues to play out. Rahul Gandhi has dismissed reports of any confusion in the party and said there is internal democracy within Congress.

The power tussle between Gehlot and Pilot was recently re-ignited after the Rajasthan CM launched an attack against Pilot and had called him a traitor six times in an interview with NDTV. He had alleged that his 2020 revolt was funded by the BJP.

China, Pak together, so war will be with both, says Rahul