China, Pak together, so war will be with both, says Rahul 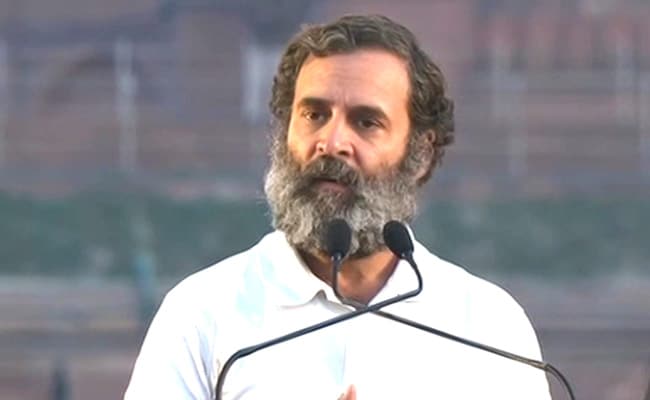 Congress leader Rahul Gandhi has said that China and Pakistan are preparing together and if there is a war, then it will be against both countries.

In a YouTube video on Rahul Gandhi’s channel, while interacting with Armed Forces’ veterans during the Bharat Jodo Yatra, the Congress MP said, “China and Pakistan have come together, if there will be any war then it will happen with both, so there will be a major loss for the country. India is now extremely vulnerable. I don’t just have respect for you (Army) but also love and affection for you. You defend this nation. This nation would not exist without you.”

The Congress leader explained, “Earlier we had two enemies China and Pakistan and our policy was to keep them separate. First, it was said that two front war should not happen then people say there is two and a half-front war going on, that is, Pakistan, China and terrorism. Today there is one front that is China and Pakistan which are together. If the war happens it will happen with both. They are working together not only militarily but also economically.”

Criticising the Central government over its policies, Rahul Gandhi said, “Our economic system has slowed down after 2014. In our country there is disturbance, fight, confusion and hatred. Our mindset is still that of two and a half-front war. Our mindset is not of joint operability and of cyber warfare. India is now extremely vulnerable. China and Pakistan are both preparing a surprise for us, which is why I keep repeating that the government cannot keep quiet. What happened at the border the government should tell people of the country. What action we have to take we have to start today. Actually, we had to act five years ago but we did not do it. If we don’t act fast, then there will be a big loss. I am extremely concerned with what is happening at the border in Arunachal and Ladakh,” he added.

On December 13, Defence Minister Rajnath Singh informed the Rajya Sabha that China’s People’s Liberation Army (PLA) troops tried to transgress the Line of Actual Control in Yangtse area of Arunachal Pradesh Tawang Sector and unilaterally change the status quo but they went back to their locations due to timely intervention of Indian military commanders.