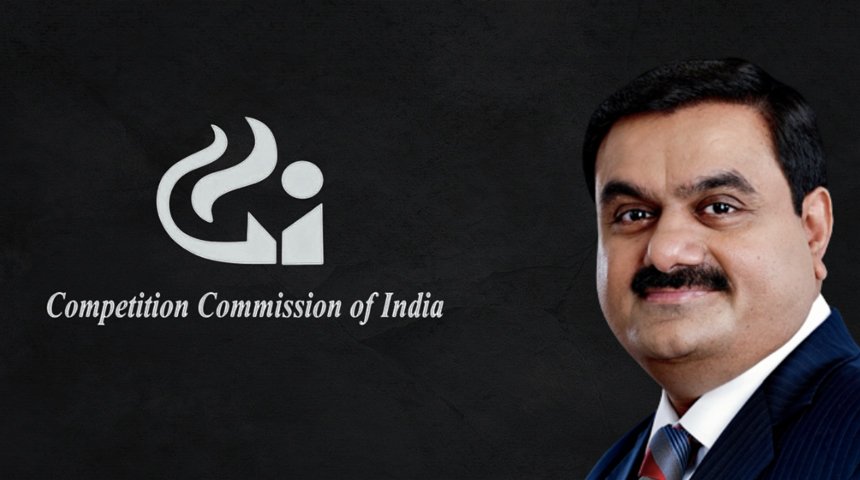 Do the Adani Group’s recent acquisitions of cement (63.19 per cent stake in Ambuja Cements and 54.5 per cent in its subsidiary ACC) and media (49 per cent stake in Quintillion Business Media) companies raise concerns for the Competition Commission of India (‘CCI’)? Media reports have said that they are unlikely to raise any competition issues. Nevertheless, how the CCI views these acquisitions is of critical importance to India’s economy and the competitiveness of its markets.

The CCI is required to review acquisitions (also known as ‘combinations’) that achieve certain notification thresholds and prohibit those that have an Appreciable Adverse Effect on Competition (‘AAEC’) in the relevant market in India. In theory, the AAEC test is meant to weed out acquisitions that are likely to create or strengthen a position of dominance, or that are likely to result in increased chances of collusion between competitors in a market. The CCI’s AAEC assessment involves evaluating a set of factors listed in Section 20(4) of the Competition Act, 2002.

When an acquisition results in a company entering a market where it was not previously a player, the transaction does not directly reduce competition between existing players in the market and is thus generally considered benign under competition law. This is the reason why it has been reported that Adani’s acquisitions of cement and media businesses, where it has no previous presence, are not a cause for concern to competition in India. However, this is a rather limited view of competition.

Even though not a direct competitor, the CCI could view Adani as a potential competitor in the cement market as Adani was previously reported to have considered building its own cement business in India rather than buying an existing one.

Adani is one of the largest business conglomerates in India with a presence in significant markets, including power generation and infrastructure. Adani’s other businesses rely on cement either because they buy cement for building infrastructure, such as their ports and real estate business, or because cement companies buy from them, such as their coal or renewable energy businesses. In competition law terms, Adani’s acquisition of cement may be termed ‘vertical’ in nature.

In this case, Adani could use the cement acquisitions to extend its positions into markets that are vertically connected to cement or to drive other companies out of the market. It could do this by, for instance, withholding supply or increasing the price of cement charged to other infrastructure companies, or by withholding the supply of coal or selling it at higher prices to other cement companies. This could make markets weaker but Adani more powerful by giving it an unfair advantage over other, possibly more efficient competitors.

The risk of this occurring will depend on the number and strength of other players in the supply chain, and whether other companies are similarly vertically integrated and have equally powerful positions. For instance, Ultratech, which is the largest cement company in India, is owned by the Birla group, which is a significant player, but may not have the same degree of strength as Adani.

Adani’s ownership of several key assets across the economy can create and perpetuate sources of economic power that have broader implications for Indian markets. There is a plethora of academic literature that connects economic power to increasing political power, rising inequality and weakening democracy. Economic power is multiplied when key assets are owned across the economy. This is arguably the reason why competition laws were first introduced in many jurisdictions, including the U.S. Companies with large economic power can use it to their advantage by lobbying for more favourable policies, laws and regulations, or even to control the flow of information. This enables them to raise prices, reduce quality or unfairly capture markets.

The ownership of a large media business such as BloombergQuint by a large conglomerate like Adani could weaken the independent flow of information that is so critical not only to well-functioning markets but also to our democracy. Indian media is increasingly owned by a few corporate entities. When large companies own media businesses, there is an increased risk that the independence of the media will be compromised as it is not in the interest of these companies to cause political displeasure. There is also a risk that the flow of news and information is altered to suit the interests of the owners of these media companies at the cost of their competitors or other players.

While the CCI’s traditional assessment involves viewing acquisitions to determine whether competition is likely to be reduced in narrowly defined markets, it may also consider indirect ways in which competition is weakened, particularly in media markets that play a central role in ensuring the delicate balance of the economic and political systems.

Ultimately, the CCI should factually evaluate whether Adani’s market power will increase as a result of these acquisitions, and if so, whether allowing these acquisitions will “protect the interests of consumers” and “ensure the freedom of trade carried on by other participants in markets” as it is tasked to do by the preamble to the Competition Act. (IPA Service)