French Left Parties Arrive At Historic Agreement To Come Together 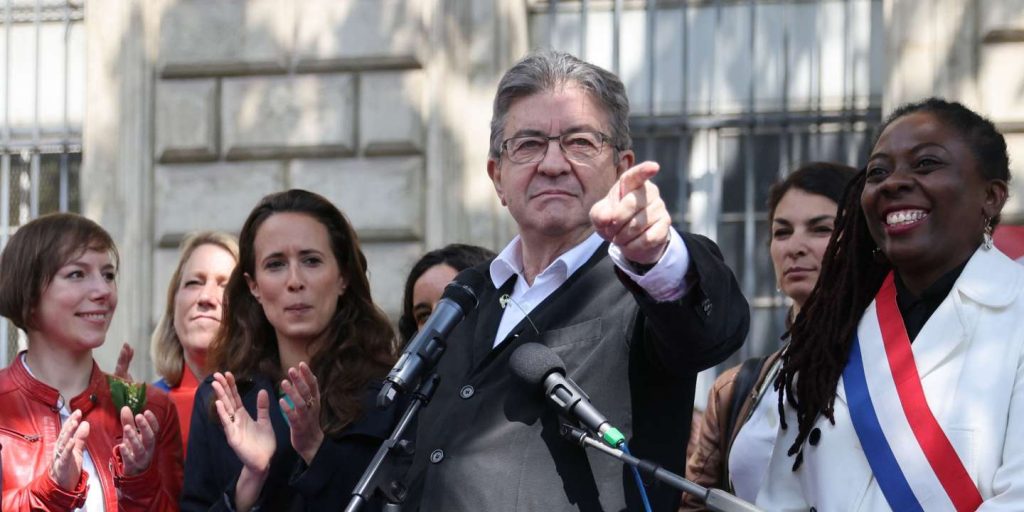 After the defeat in the French presidential polls, the socialists and the left-wingers of all hues in France arrived at a historic compromise on May 4 to form an alliance for the legislative elections in June this year to meet the dual challenge of both President Emmanuel Macron’s party and the powerful far-right party led by Marine Le Pen. This total unity was not possible before the presidential election’s first round on April 10this year, even though the French communists have been sounding warning bells for long saying that the “noose is tightening around democracy”.

In the first round of the presidential run-off, the far-right Le Pen came second, a tad higher than the ecological left candidate Jean Luc Melenchon, who emerged a close third but was out of the final run-off on April 24 presidential polls. The elections were marked with widespread abstentions by people fed up of both Le Pen’s anti-immigrant rhetoric and President Macron’s anti-worker neoliberal policies, resulting in a participation rate of only 72%, one of the lowest in history of the French polls.

It must be noted that on the April 10 first round, the French communists put forward their candidate Fabien Roussel, who got 2.3 per cent of the votes. The combined left had a vote share ahead Le Pen, and had Melenchon been a joint candidate, his final figure would have surpassed Le Pen’s in the first round, and Melenchon could have been the candidate to face President Macron at the final run-off.

In fact, it was the eventual consolidation of the left vote against Le Pen which propelled Macron to victory, a fact which the re-elected president openly acknowledged. Emmanuel Macron admitted that “numerous” voters cast a ballot for him only because they were motivated to block Le Pen, Even Macron is aware that his neoliberal polices won’t see him through this time around, and many who voted for him were not supporters but rather felt “obliged” to mark his name on the ballot.

The widespread dissatisfaction with President Macron stemmed from his anti-people policies, and he was accused of being “the candidate of the 1%.” During the electoral campaign, Macron bragged that “job creation” and “labour market reform” were among the key accomplishments of his first term and proved he was best suited to get France through its current economic troubles. Yet, his “reforms” in reality were regulations making it easier for employers to fire and hire people. French economists critical of Macron’s policies have showed how the deregulation of labour laws resulted in lower wages and greater job precarity. Macron’s economic growth plan centered on €7.5 billion (over $8 billion) of tax cuts for businesses and increased cuts to social and welfare budgets. His plans for further military spending—already up by €7 billion (about $7.5 billion) since he took office—also left many unconvinced.

The French left, however, having learned its lessons from the grave miscalculation and also acknowledging the looming threat from the far-right, has decided to course-correct. In order to break the political logjam and arrest the slow but steady drift towards the far-right, France’s Communist Party has reached an agreement in principle with Jean-Luc Melenchon’s La France Insoumise (France Unbowed) to form an alliance for the legislative elections. The Communists have struck a deal with Melenchon, in the footsteps of the Greens who did so earlier this week. This means that the French Left could display its greatest unity in decades as it seeks to win a majority in the National Assembly and make Jean-Luc Melenchon, who came a narrow third in the recent presidential elections, the country’s prime minister.

The electoral alliance will be called the Social and Ecological People’s Union, and will form strategic unity, with agreement not to erect candidates against each other, with one left candidate chosen for each of France’s 577 constituencies. Division of seats will be carefully handled, with the Greens roughly contesting in 100, the Socialists in 60 and the Communists in 50. Even though the Communists received 200,000 more votes than the Socialists in the latest presidential election, the strategic seat-sharing is in keeping with the best interests of the climate, class and social justice movements across the country.

With a staunchly anti-neoliberal vision, the radical legislative programme of the joint Left union includes the declaration of a Sixth Republic, a minimum wage of €1,400 (£1,180) a month, restoring the wealth tax removed by Macron’s government, raising corporation tax and committing to “disobedience to the rules of the European Union” whenever these conflict with its redistributive programme. In addition, price regulation of essential commodities, lowering the retirement age, among others, feature in the joint programme. However, there are nodes of disagreement on nuclear power — the Greens and La France Insoumise oppose it while the Communists support it — on which they would be permitted to vote different ways.

For the left, building a third pole in opposition to both Macron’s neoliberal economic policies and Le Pen’s racist offensive is crucial to find the common ground, and bring back many working class voters who embraced Le Pen after being thoroughly disenchanted with Macron’s anti-worker policies to the left fold. Fabien Roussel, leader of the Communists, says the left must build a “coalition of the alternative majority”, the 66% of the French people who want a legislature that will put a check on Macron’s reckless deregulations, a legislature to rein in both Macron and the Le Pen brigade. (IPA Service)

Sonia Gandhi Is Still Clueless On Dealing With Factional Fights In Congress
Posting....