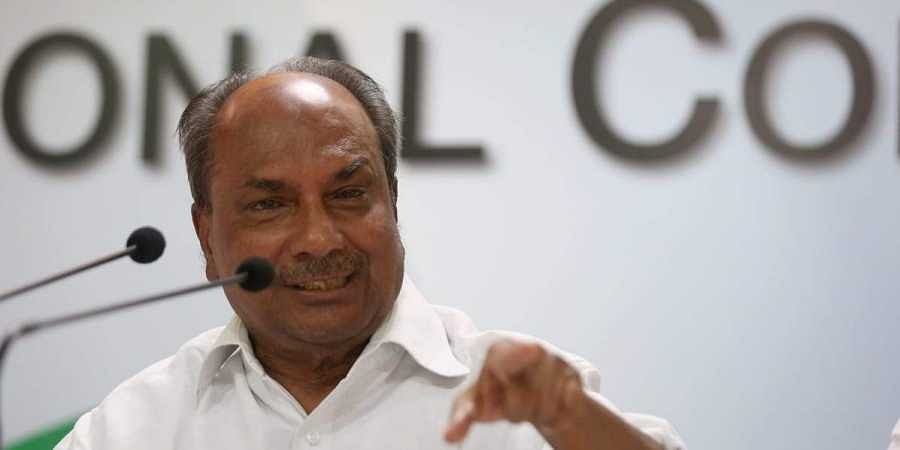 “I will leave Delhi after April and return to live in Thiruvananthapuram,” Congress “stalwart” AK Antony told a newspaper and people suddenly realized that this man was still around, ruminating in the greens of Lutyen’s Delhi. Nobody will miss Antony after he leaves, like nobody missed him in the eight years since Modi unseated UPA-II. AK Antony is in many ways like the Congress has been of late—there, but not there! And at 81, he cannot be anything but a “stalwart.”

He is also ‘St. Antony’, reputedly so honest that it’s against etiquette to even mention it in civil company. The ‘civil’ would not believe there could be a man with not a single dishonest bone in him, and those in the defence services of India would shake their heads and mutter darkly, “For what good?” AK Antony was not quite the favourite defence minister of the armed forces.

The longest serving defence minister of India, his service in the service of India started and ended without rattling history. The problem with Antony was his equanimity, the calmness he carried with him to everyplace. There’s a stillness in him that’s disconcerting though harmless.

There was Krishna Menon, a Kerala hand of Prime Minister Jawaharlal Nehru, who like Antony was defence minister. And like Menon, Antony, too, does not have a great record to show, for which both had China to blame. Menon is said to be the architect of India’s 1962 debacle and Antony covered himself with the in-glorious, when he calmly told the Lok Sabha in 2013 that as a “matter of policy”, India let China march miles ahead of India at the LAC.

That was typical AK Antony. Not only did he let the state of India’s road infrastructure at the Indo-China border not bother him, he also never allowed himself the luxury of losing his cool under stress. Some would even say, stress never left Antony in any trough. The couple of times he asserted himself, AK Antony broke character. Once when he stood up to Indira Gandhi and quit the Congress to form his own Congress.

He also stood up, according to Wikileaks, to the all-powerful Sanjay Gandhi. Antony, it transpired, had strong feelings against Indira’s ‘Emergency’ and made it plain that he didn’t support her when she contested the bypolls from the Chikamagulur parliamentary constituency. AK Antony, like Manmohan Singh, was never a great communicator, but apparently could have his say anytime he wanted.

Antony says no more electoral politics, Parliament or Delhi for him. He wouldn’t be seeking re-election to the Rajya Sabha. Good, Congress should be grateful if not glad. It is leaders like AK Antony who are partly to blame for the Congress party’s now decades-long moribund existence. The Congress doesn’t need confirmed ‘deadwood’ like Antony, who was thrice Kerala Chief Minister.

Antony will not be missed in Delhi. He will be forgotten like yesterday’s rain. Antony says he is grateful to the Congress for giving him “a lot of opportunities” and that the time has now come “for me to end my electoral politics and parliamentary career. I will leave Delhi after April and return to live in Thiruvananthapuram.” In 2014, he was told to dissect the reasons for the Congress defeat. His revelations were not made public.

In Thiruvananthapuram, Antony will have the company of the flamboyant Shashi Tharoor. Antony leaves behind a fractious Congress. March 10, he will be in Delhi. But nothing dramatic is going to happen to alter Antony’s decision to hang up his boots. In Tharoor’s English, Antony today is typical of ‘floccinaucinihilipilification’, which translates to ‘worthless.’ That said, Antony still has a place in the “safety ring around Sonia-Rahul-Priyanka.” The “stalwart” insists that only the Congress can fight nationally and save India, and that the leadership of the Nehru-Gandhi family is crucial. At 81, AK Antony is too old to change. (IPA Service)