Foodgrain Crisis To Aggravate In India In The Coming Months 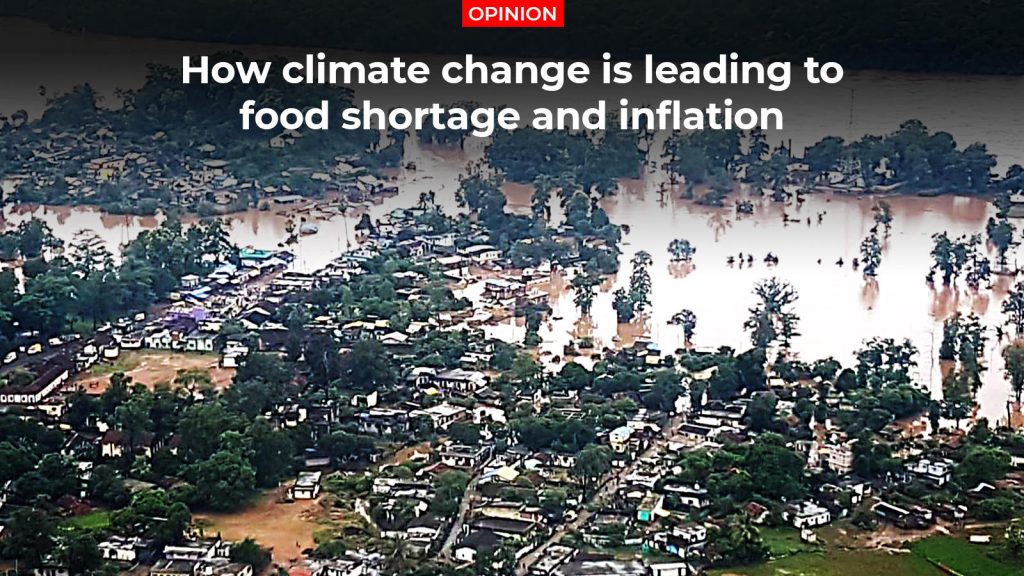 Foodgrain crisis is set to further aggravate in India. Earlier, the heatwave conditions impacted the wheat crop leading to less production and procurement enforcing wheat export ban on May 13, and now deficit rainfall has caused a decline of rice cultivation by about 13 per cent so far.

The shrinkage in rice cultivation area to the smallest in about three year is ominous at a time when the country is grappling with soaring food prices and inflation. The deficit in rainfall is being suffered by a large part of the country including the West Bengal and Uttar Pradesh, which account for a quarter of India’s rice production.

Any decline in rice production would further complicate the matter of availability of foodgrain in the country at affordable price both in India and the world, since India is presently the biggest exporter of rice accounting for about 40 per cent of the global rice trade. The world has also been undergoing a severe food crisis with rising prices and inflation, and therefore any shortage of wheat and rice in India will also impact the global foodgrain supply chain.

However, the Foreign Agriculture Service (FAS) of the government of the US   has lowered its estimates for the Indian market year 2022-23 (April-March) wheat production forecast to 99 million metric tonnes (MMT) compared to the pre-harvest forecast of 110 MMT. Subsequently, the wheat exports forecast is lowered to 6 MMT and ending stocks to 8.5 MMT due to tightening of supplies. Government of India has already lowered the allocation of wheat, replacing it with additional rice volume, under its various domestic food security programmes from May 2022 onwards. It has increased the domestic rice consumption. For the Indian market year 2021-2022 rice consumption estimate is raised by FAS to 109.5 MMT and ending stocks lowered to 36 MMT.

The FAS estimate about production of wheat is much less at 99 MMT as against the estimates of the Government of India at 106.41 MMT. Even the global trading firms are of the view that the actual wheat production might have been around 95 MMT, even less than the FAS estimate. No one believes in the Government of India estimate. India was the world’s second-largest wheat producer in 2021, with a production of 109.59 MMT.

All these mean, the decline in rice cultivation would reduce its production at a time when consumption of rice in India have been on the rise. Additionally, the lack of availability of wheat at affordable price has further increased rice consumption in the country. The concern is also reflected in jump in the price of rice in the country. The prices of some varieties have increased by more than 10 per cent in the past two weeks in the major rice growing states in the country such as West Bengal, Odisha and Chhattisgarh. The decline is rice production in India will also impact the export prices which are likely to climb to $400 a tonne by September. As of now, it is about $365 on a free-on-board basis.

A bigger domestic and global food crisis is brewing that is threatening social, political, and economic stability in several countries. However, much will depend on how the monsoon will progress in the remaining Kharif season. Though there is still time to continue with planting of rice, it would only make up for only some of the shortfall, because sowing is rarely happens in India after mid-July. However, there is still hope because of the normal rain forecast for the month of August and September.

The Union Finance Minister Nirmala Sitharaman has said in Rajya Sabha on August 3 that the government and RBI are trying to keep inflation under the RBI’s tolerance limit of 6 per cent. We have a 2-6 per cent inflation band but we are at 7 per cent with some efforts, she said, indicating the efforts are failing to keep the inflation in tolerable limit, and the steps are not “enough” even if she said so in the Rajya Sabha responding to a debate on price rise.

In this backdrop, India urgently needs to ensure food security for the people reeling under loss of jobs and earnings, rampant unemployment, unaffordable price rise and intolerable inflation. Food security must be ensured at household levels and the logic of self-sufficiency of the country at national level would do no good to the common people from the middle class and the poor. Millions of people, especially women and children, are already suffering from malnutrition and related problems. (IPA Service)

The Killing Of Zawahiri Is A Marvel Of U.S. Intelligence Gathering And Planning
Posting....