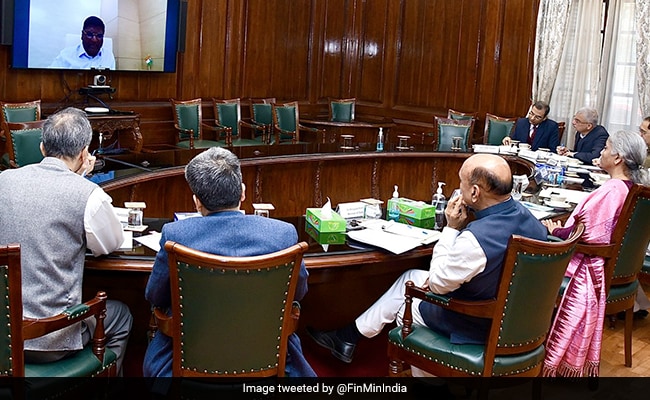 World Bank has revised upwards its earlier GDP growth estimate to 6.9 per cent for India this financial year on the back of strong macroeconomic fundamentals and economic revival after Covid-19 mayhem. This is certainly music to the ears as India is perhaps a few countries looking up in otherwise gloomy global economy. Inflation is one factor, which is still daunting the economy and Reserve Bank of India has rightly taken measured monetary steps to bring it down to acceptable band. RBI has   raised short-term repo rate, a barometer of interest rates, by a mere 0.35 per cent as against expectation of 0.5 per cent. This has been done to ensure that growth momentum is not severely hampered by going all out contain inflation.  Consumer Price Index at 6.7 per cent is still higher than the RBI band of 4 plus-minus 2 per cent, but it has started slowing down. It is, however, still a source of worry as food and fuel inflation, which affects the poor most, are still high and are expected to continue for a few more quarters.

In such a scenario, speculation is ripe on what the general budget on February one can do to step-up economic recovery. This will be the last full budget to be presented by Nirmala Sitharaman, before the general elections in May 2024. Though there will be one more for BJP government present a budget in February 2024, it will be an interim one as the practice is to allow the newly elected government in the Lok Sabha elections to present the full budget in June-July. This is because in India general budget is not merely an annual statement of government expenditure and revenue but lays down the annual economic roadmap besides some medium term strategy and vision of the government of the day.

As has been pointed out by several economists, monetary actions alone cannot contain inflation in the present circumstances, as it is triggered by several factors including global. Monetary action of rising interest rates can only contain to some extent demand factors. The current inflation as supply factors as well besides slowing down of global economy and the uncertain geo-political situation arising out of the prolonged Russian-Ukraine war. There is also monetary tightening by many central banks in advanced economies to suck out excess liquidity pumped into the system due to covid 19 to alleviate the suffering of the people. So well thought out fiscal measures are required to deal with this peculiar inflation due to a combination of factors, external as well as domestic. So fiscal measures has to be calibrated  in a manner that it did not impinge upon growth momentum. This balancing act is going to be tough and is going to be tight rope walk for Sitharaman in the budget.

One positive factor in the economy is that Banks have adequate liquidity at the moment, their balance sheets have been cleaned up and have low bad debts. Also private investments have started picking up with most of the companies working 75-80 per cent of capacity after covid-19. The corporates, which had over-leveraged from banks during boom period, have cleaned their balance sheets as well and have started investing in creating fresh capacity. Rising interest rates at this juncture could act as a dampener, particularly in the real estate sector and automotives, which are on revival mode.  There could also be some impact on exports with global demand being subdued. But hopefully the situation improved in a few quarters.

Apart from usual prescriptions of keeping the fiscal deficit under check and targeting a lower fiscal deficit as per the recommendations of Fiscal Responsibility and Budget Management Act, Sitharaman needs to think out of the box to pump-prime the economy. The usual strategy in the budget is to step up public expenditure particularly in the infrastructure sector like rail, road, ports, airports and telecommunications. This has to be done to ensure revival of the economy. There will also be some tax proposals and PLI schemes to incentivize the private industries to make big investments. These are standard prescriptions, which are done year after year and perhaps done more vigorously when the economy is on a revival mode. Of course Corporates are now contemplating big-ticket investments. Tata sons have announced investment of $90 billion in next five years in various activities including semiconductors, Air India, Apple mobile phones, EVs and so on. MukeshAmbani has committed to over $75 billion in the next few years including hydrogen fuel and telecom. Adanis are making huge investments. Vedanta and a few other players too are investing big.  At least six Indian cities Mumbai, Delhi, Chennai, Kolkata, Bengaluru and Hyderabad, are going to be among the top ten cities in the World. Ahmedabad is not far behind. That apart, five states Maharashtra, Gujarat, Tamil Nadu, Karnataka and Uttar Pradesh will have GDP that is almost equivalent to India’s present GDP in the next 10 years or so. These are already happening

So, the budget could make a huge difference this time through out of the box thinking on how to revive struggling MSMES. It can come out with some drastic and big-ticket measures to revive the MSME sector, badly hit due to 2016 demonetization, followed by hasty implementation of GST and two years of Covid 19. At the moment, there is no statistics available on how many of the six crore MSMEs have closed down cumulatively in the last five to six years. Nearly 97 per cent of these MSMEs are micro industries employing less than10 persons and this sector is a major job creator accounting for over 30 per cent of India’s GDP and over 40 per cent of India’s manufacturing and exports. MSMEs account for nearly 80 per cent of employment in the informal sector outside agriculture.

Informal lending on which MSMEs depended has virtually disappeared after demonetization and an alternative has not yet emerged. Mudra provides only working capital loans. A similar scheme is needed to be created for term lending to MSMEs with the help of banks and institutions like SIDBI and NABARD. The good news is banks have already started increasing term lending to small industries. But unfortunately it is only established small industries, some of whom have now become medium industries. The lending problem is for micro and cottage industries. Banks at the moment do not have the wherewithal to reach out to them. Tamil Nadu government is contemplating some measures to improve term lending through the state lending arms. More states are expected to follow suit. Self Help groups too needed hand-holding. It would be worthwhile for the budget to consider even setting up of a separate institution for term lending to MSMEs particularly micro, cottage and small industries. SIDBI somehow has not delivered adequately on this score. (IPA Service)