Electoral Democracy Is Being Scuttled In Jammu & Kashmir Again 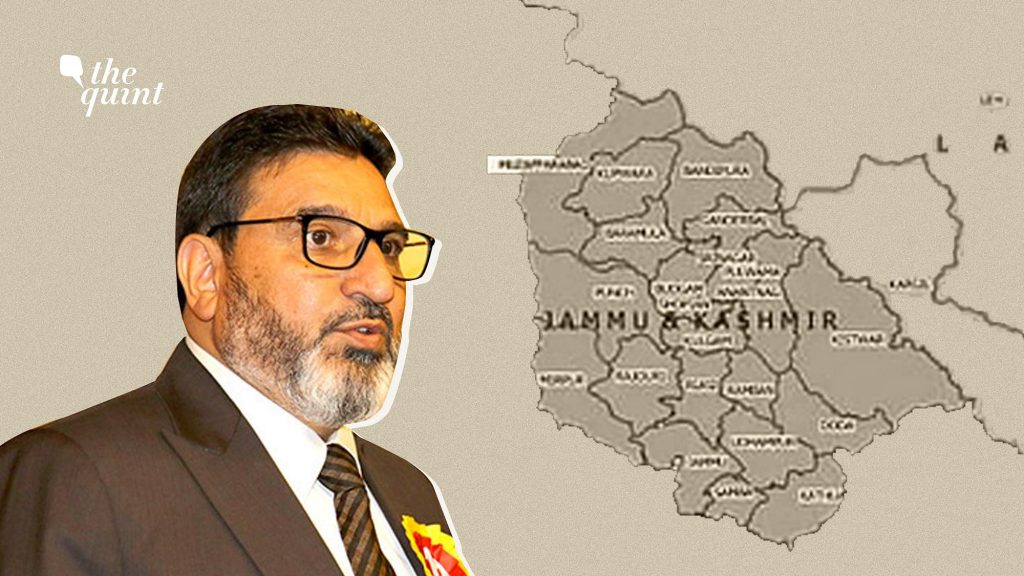 Three years after the virtual abrogation of Article 370 and nullification of the special status on August 5, 2019, the Modi government is continuing its efforts to reorder the electoral system in Jammu & Kashmir to suit its interests by disempowering the Muslim majority population.

The chief electoral officer of J&K announced on August 16 that anyone ordinarily resident in J&K can enrol as a voter in the union territory.  He also added that 20 to 25 lakh voters are expected to be added during the special summary revision of the voter list. Earlier, when Article 370 was in force, only permanent residents could vote in the assembly election while those “ordinarily resident” were eligible to vote only in parliamentary polls.  Such a voter was termed as ‘Non-Permanent Resident’ (NPR).

Now those who are staying in J&K for doing business, jobs or studies can vote has set alarm bells ringing among the political parties. In fact, the addition of around 25 lakh voters to the 76 lakh registered voters would alter in a major way the electoral balance in favour of the BJP and bring about a demographic change.  There is also the question whether serving members of the armed forces or central para-military forces who are staying in peace stations can become eligible for enrolment as voters along with their spouses.

The new regulations would also mean that refugees from west Pakistan, resident in the state after 1947 and who could enrol as NPRs and vote in parliament would now be eligible as ordinarily resident to vote in the assembly election. This latest measure on giving voting rights to non-permanent residents is part of the overall plan to  reduce the weightage of the Muslim population in the Valley and in the Jammu region for the purpose of representation in the future assembly.

All the political parties, except the BJP, have rejected this inclusion of non-locals in the electoral list. At a meeting convened by Farooq Abdullah, nine parties announced that they would not allow any move to extend voting rights to non-locals.  They termed it as an attempt to change the state’s demographics by the BJP government at the centre.

Prior to this, the Delimitation Commission had reorganised the assembly constituencies in a manner as to reduce the weightage of the Valley and of the Muslim majority areas in Jammu.  The commission increased the number of seats from 83 to 90. Out of the increase in seven seats, Jammu gained six, while the Valley only one.

All this is designed to help the BJP secure a big majority in the Jammu region and to form a government with the help of some splinter groups of smaller parties who have  emerged in the Valley.

All these preparations for holding an assembly election is being undertaken with no assurance that statehood will be first granted to J&K. Further, all these measures are being pushed through when the Reorganisation Act of 2019 has been challenged in the Supreme Court and the matter is pending there.

After trampling upon the constitutional guarantees given to the people of J&K, the last three years have seen an unprecedented attack on democracy and democratic rights of citizens in J&K. According to the Forum for Human Rights in Jammu & Kashmir chaired by former chief justice of Delhi High Court, Justice A P Shah, and former home secretary, G K Pillai, three years after the state was dismantled, there are still a large number of political detainees who continue to remain in jail under preventive detention.  Anti-terror and sedition laws are being continuously employed disproportionately against residents, political parties and journalists.  There has been a severe clampdown on the freedom of press through police harassment, intimidation and arbitrary detention of journalists.

In short, J&K continues under siege. It is in such a situation that a truncated and communally designed electoral system is being imposed.

This will further deepen the alienation of the people in the Valley and give a fillip to militancy.  Already the state has seen an increase in targeted killings of over 20 people this year.

No democratic-minded citizen of India can turn a blind eye to what is happening in Jammu & Kashmir, since whatever happens there has been a forerunner of things to come in the rest of the country. (IPA Service)

Congress Should Go For A New Party President As Per Poll Schedule
Posting....